Celtic Quick News on News Now
You are at:Home»Football Matters»DECISION TIME AS MOYES HEDGES HIS BETS
By CQN Magazine on 21st April 2016 Football Matters
DAVIE MOYES insists he will wait until the summer before deciding on his next managerial job.
The bookies have already installed the former Everton, Manchester United and Real Sociedad boss as favourite to take over from the departing Ronny Deila at Celtic. 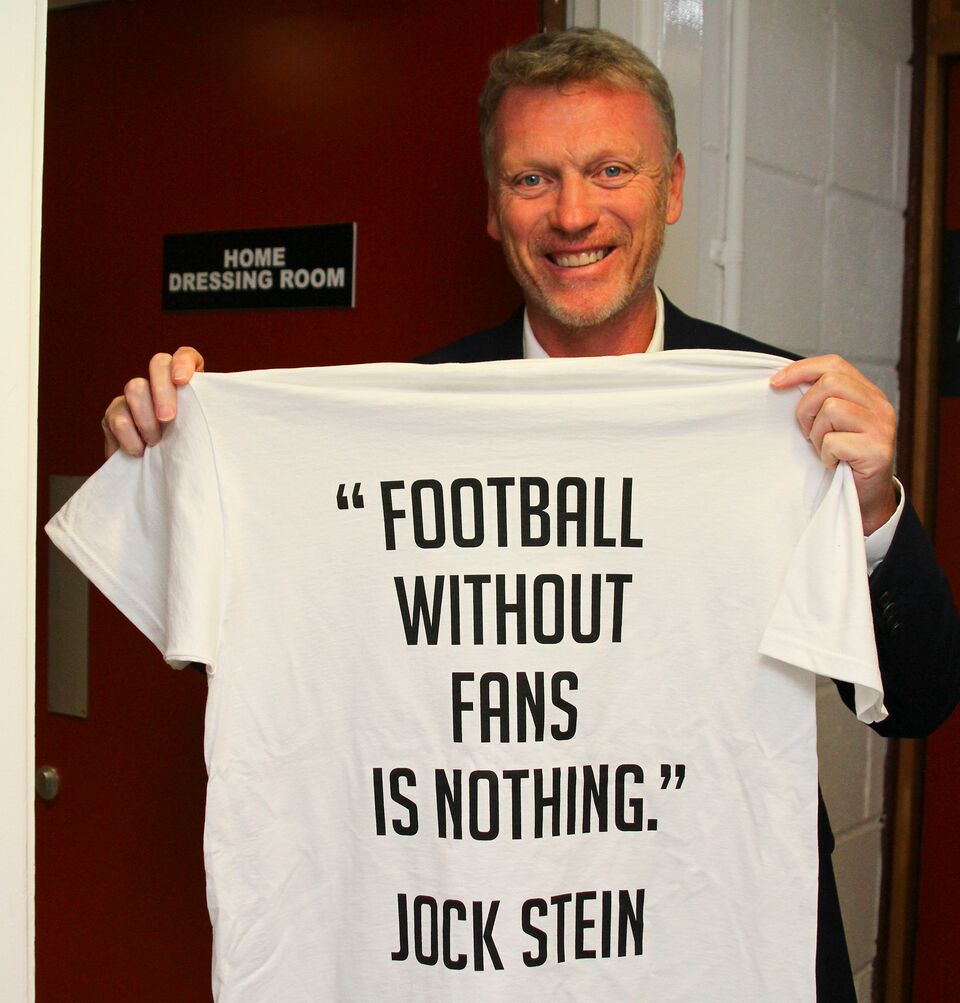 Ex-Hoops defender Moyes has been out of work since leaving the Spanish club earlier in the season.
Asked about the prospect of returning to Parkhead he said: “Celtic’s a brilliant football club and they have an unbelievable fanbase – one of the biggest in the world.”I’m going to wait and make my decision in the summertime. There are lots of jobs that would interest me.”
Moyes has also been linked with the Aston Villa job, but operating outside the top flight may not suit the former Celtic defender. Villa are also in a complete mess and it may take years to get them back onto a proper footing.
Moyes will be aware of all the issues behind the scenes at Villa Park and will have to take a view on whether he can work with owners that both Martin O’Neill and Paul Lambert had severe difficulties with in regard to being allowed to do the manager’s job.
Celtic announced Deila’s summer departure yesterday, three days after a humiliating Scottish Cup semi-final performances against the lower league ‘Rangers’ who won 5-4 on a penalty shoot out.
Moyes remains the bookies favourite and is also the candidate that CQN readers think is mostly likely to be appointed. Yesterday we published a Poll  asking which candidate do the readers think would get the job.
David Moyes is currently topping the Poll wth 24% of the votes, well ahead of second placed Neil Lennon with 14%. Interestingly the ‘none of the above’ option is in third spot with 13% of the vote, ahead of 17 other quoted names.