Celtic Quick News on News Now
You are at:Home»Latest News»DECLINE & FALL OF THE TABLOIDS
By CQN Magazine on 17th September 2015 Latest News

IN a week during which the Scottish MSM has sunk to new lows in terms of their bias and anti-Celtic agenda it is comforting to sit back this morning and consider the latest newspaper circulation figures.

THE year-on-year average newspaper circulations in Scotland according to the latest official ABC figures have been released and they make grim reading for the Scottish tabloid press. 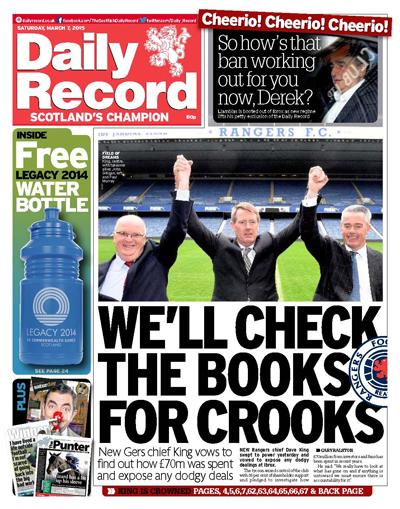 Their circulation fell away dramatically and never recovered. They had lost their audience and in August 2015 the Scottish Daily Express sold a mere 43,032 copies – down from 48,636 the previous year. This 11.5% drop continues the long term decline of a newspaper that lost the trust of its audience.

Is there a lesson for the Daily Record in what happened to the Express in Scotland?

The Scottish Sun (which wasn’t even quoted back in the 1980s) in recent years overtook the Record to firmly established as Scotland’s biggest selling tabloid. However that paper is also on a downward spiral and its percentage year on year fall is even steeper that that of the Daily Record.

And the steep decline in Scottish newspaper sales is happening across all tabloids.