RONNY DEILA shrugged off speculation about his Celtic future to back spot-kick sinner Tom Rogic.

The Australian midfielder missed the decisive kick to send the Hoops spinning out of the Scottish Cup after a 5-4 shoot-out shambles.
Rogic, who scored the Hoops’ second equalising goal after coming on as a substitute, fired his attempt wildly over the bar to join skipper Scott Brown and Callum McGregor as penalty culprits. 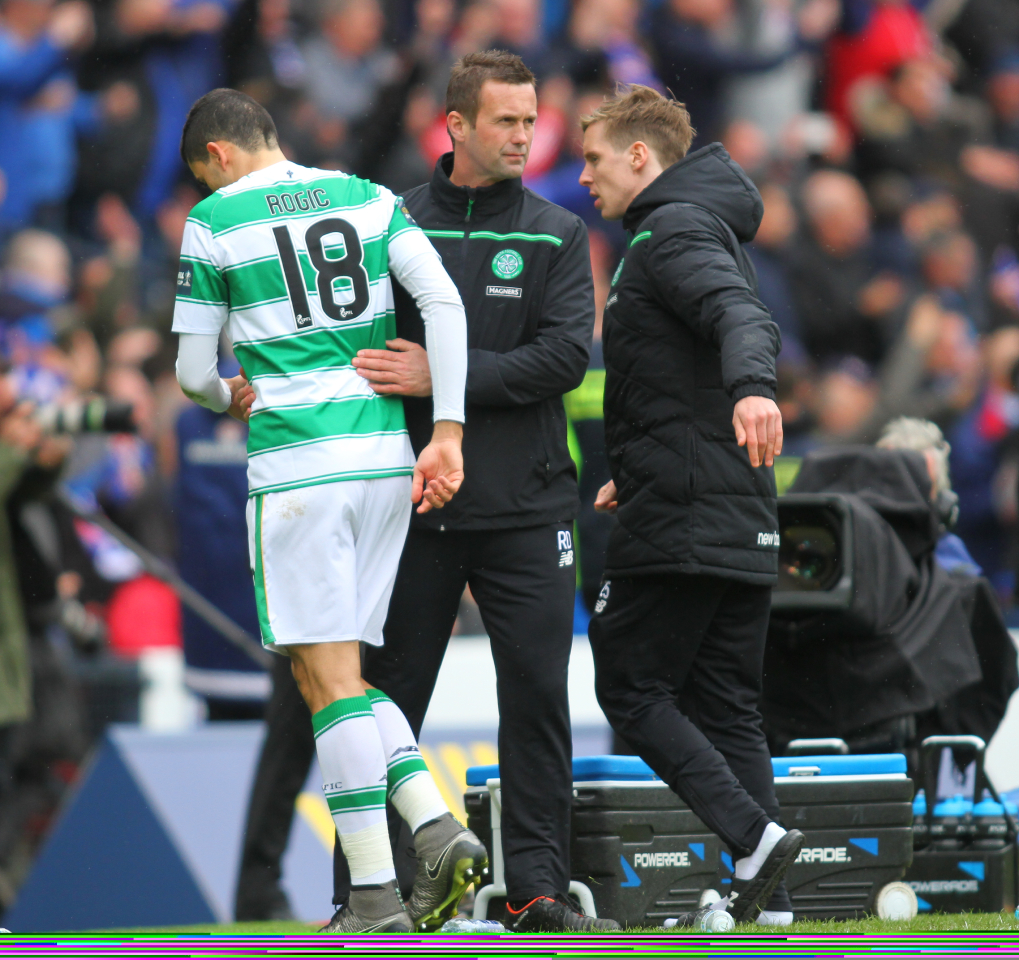 Television pictures proved the ball moved slightly before he connected which would explain the miss, but Rogic was still inconsolable afterwards.
Deila, though, believes the 23-year-old international will be able to lift himself for the remaining five league games of the campaign with the Hoops targeting their fifth successive title.
The Norwegian said: “We practised penalties last week, but it is always difficult because when you practise without pressure it is nothing. Taking a penalty in a situation like this is tough.

“It is just a lottery. Anything can happen and any team can win.

“Tom will be fine. He is a strong boy mentally. Of course, he was gutted and you can understand that.

“But he will come back from this. He has the ability and the talent. He also has the strength needed to let it go and be a stronger player for the experience.

“But right now, it is not easy. It takes time to accept it and get over it, but he will do that.”

Deila also praised Leigh Griffiths for volunteering to take a spot-kick in the dramatic showdown after the game had ended in a 2-2 stalemate following extra-time.

The 37-goal striker, who hit the woodwork twice against the Ibrox side, missed his fourth penalty of the season the previous week in the 2-1 win over Motherwell and joked keeper Craig Gordon would be in front of him when Celtic got another award.
Deila said: “There doesn’t seem many positives just now, but I was pleased for Leigh.
“It takes a lot of courage to do that and it was a good kick. That will do him good.”