Celtic Quick News on News Now
You are at:Home»Football Matters»DEILA CHALLENGES HAREIDE
By CQN Magazine on 16th August 2015 Football Matters
RONNY DEILA has challenged Age Hareide to back up his boasts as Celtic and Malmo prepare for the Champions League play-off first leg in Glasgow in midweek.
The veteran Norwegian coach has already bragged that his Swedish champs are better than Celtic. 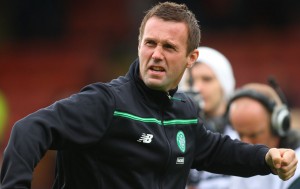 Now Deila claims the two £15million money-spinning encounters will prove whether Hareide’s team can live up to the words of their coach.
He said: ” We’ll see on Wednesday. That’s when they have to show they are better.

“European matches are tough – you win or lose on the smallest details.

“We’ll fight to show Hareide is wrong. The pressure is on him  after what he said.”

The Hoops boss added: “I’m respectful of Malmo, but I believe we can show we’re a better team and go through.
“The job Hareide has done at Malmo has been fantastic.
“He knows what he’s doing and he’s a good motivator.”
But Deila, who has piloted his team past the previous hurdles of Iceland’s Stjarnan and Azerbaijan’s Qarabag, said: “European nights at our place are special and we want this one to be, too.” 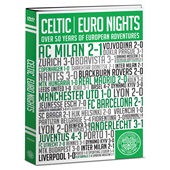 Celtic and Europe are synonymous. Since an opening encounter with Valencia in 1962, the club have nade their mark on the continent whilst competing against some of the greatest names in world football.  In addition European Nights at Celtic Park have become an established tradition with an atmosphere entirely of its own.

And with the Euro Nights DVD, there is a chance to re-live a whole host of memories, fantastic moments and some truly wonderful goals.

This is a collection that looks at over fifty years of Hoops’ performances outside the domestic campaigns with a roster of legendary Celtic names such as McNeill, Murdoch, Lennox, Johnstone, Dalglish, Deans, Aitken, McStay, Larsson, Sutton, Nakamura, Samaras and many more…it’s a fast paced, goal scoring Celtic glory DVD that will leave you breathless. Just brilliant!