Celtic Quick News on News Now
You are at:Home»Football Matters»DEILA EYES WILSON AND COLE BUT GRIFFITHS IS ON FIRE
By CQN Magazine on 7th October 2015 Football Matters
CELTIC are being linked with a January loan swoop for Manchester United striker James Wilson.
But Ronny Deila is still looking at Carlton Cole, released by West Ham in the summer, who has been training with the Scottish champions in an effort to win a contract.
Wilson was wanted by Wolves and Derby in the summer, but the 19-year-old forward opted to stay at Old Trafford.
However, he has found game-time hard to come by under Louis van Gaal who has spent heavily again in his forward line in the summer transfer window.
Wilson, who scored two goals from 17 appearances last season, has played fewer than 10 minutes in the current campaign. It is expected he will now seek a temporary move for first team action and Parkhead has been mentioned as a possible destination for the English Under-21 international.
Deila has already been involved with United on the transfer front this season. He paid £1million for Swiss right-back Saidy Janko and then took defender Tyler Blackett on a season-long loan.
Highly-rated Wilson’s Old Trafford deal runs until 2019 and he has the option for an extra year.
Cole, meanwhile, will turn 32 on Monday and is hoping to get his immediate future sorted and is keen to join the Hoops, despite interest elsewhere.
The former England international sustained a calf injury in training last week, but Deila is still watching him go through his paces at Lennoxtown as he attempts to build up his strength.
Cole and Wilson could join Celtic’s threadbare strike-force of Leigh Griffiths, Nadir Ciftci and the apparently out of favour Anthony Stokes. 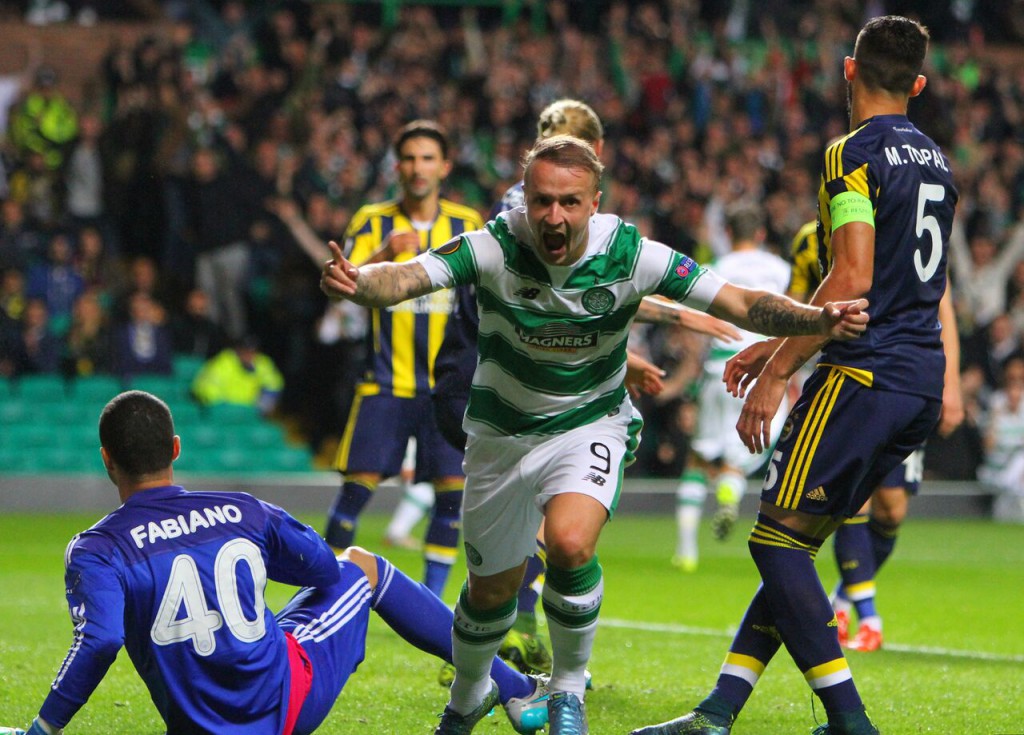 The Turk, a £1.3million buy from Dundee United in the summer, has been struggling after making the step up. Stokes has been overlooked in recent weeks, but Griffiths has been on fire. Look at this stat on just how well Leigh Griffiths has done at Celtic so far. It was posted on Twitter by Paul Dykes who wrote the excellent Quality Street Gang book…
First 50 competitive starts for Celtic:

Deila realises he needs more options up front and will make a move when the January transfer window opens.
In the meantime we should all keep our fingers crossed that the in-form Leigh Griffiths stays fit and avoids injury. He’s turning into a fine number nine for the Bhoys.
Click Here for Comments >
Share. Twitter Facebook Google+ Pinterest LinkedIn Tumblr Email
Previous Article‘STRACHAN MUST STAY,’ BORUC
Next Article Griffiths understatement nailing detractors