Celtic Quick News on News Now
You are at:Home»Latest News»DEILA HAILS 51-GOAL GRIFFITHS
By CQN Magazine on 16th January 2016 Latest News
CELTIC boss Ronny Deila has paid a glowing tribute to 51-goal striker Leigh Griffiths.
The prolific hitman went past the half-century mark of goals for the SPFL champions with a double in the 4-1 win over Dundee United at Tannadice last night.
Griffiths took 21 minutes to take his total to 50 in just 60 starts – the fastest Hoops player to reach that landmark since Charlie Nicholas in the early 1980s.
Deila said: “It  is a very good performance to get to 50 so early. I am delighted with the way he plays.

“He has a five-year deal here, so there is a good chance, if he keeps scoring like this, that he can be a legend. 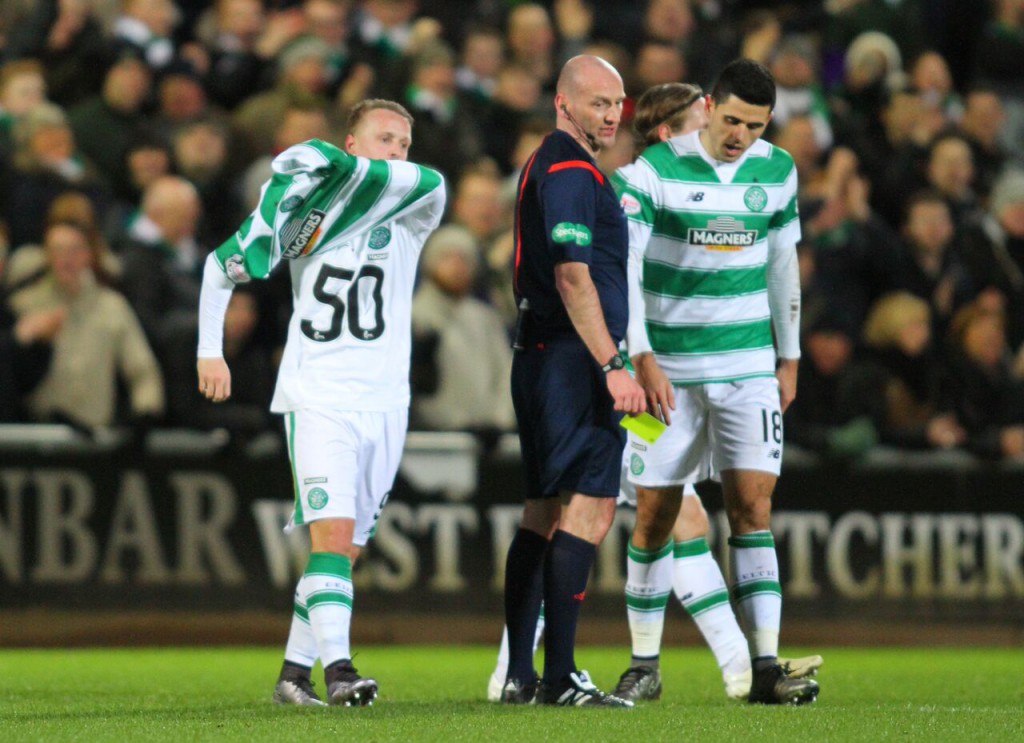 “He has a big opportunity to really make a mark in Celtic’s history.”

The Norwegian also praised the 25-year-old international striker’s application in the past year.

He said: “It is a message to everybody in life, if you want to change and you want to sacrifice to become the player you can be, then everything is possible and he has done that.

“Now he is kicking on and scoring because he is prepared for every match.”

Griffiths was booked by referee Bobby Madden for taking his top off after scoring his first goal to reveal a t-shirt with the number 50 emblazoned on the front, but he claimed it was “a million per cent” worth it.

He said: “It was an added incentive to go and get that goal and I knew when the chance came as long as I put it on target I would score.

“I texted Stevie the kit man in the morning to get a t-shirt made up for me and Scott Brown said I should have had 51 under it. Two t-shirts, but I might have looked a little bit chunky.

“To get 50 goals for any club is a  special achievement, but to get 50 at a massive club like this is a joy.

“But I can’t score goals without my team-mates and the most important thing was three points.”

United could be subject to an SFA investigation after two smoke bombs were left off in a section housing home supporters before the game.

The incidents occurred in the week that Celtic banned three supporters whom they believe set off pyrotechnics before and during the Scottish Cup win over Stranraer at Stair Park last Sunday.

*Order The Winds of Change or Caesar & The Assassin from CQN Bookstore this weekend and receive a FREE copy of the TOTAL LARSSON 2 disc DVD. Click HERE or on the image below to order.