The Norwegian replaces Domenec Torrent, who left the club in November after one season in charge.

Former Ibrox midfielder Giovanni van Bronckhorst, who had a spell as gaffer at Feyenoord, appeared to be first choce, but the Dutchman agreed to take over Chinese Super League side Guangzhou yesterday, as CQN reported.

Deila, speaking to ESPN, said: “I’m so excited now to get started with pre-season and get going with the team.

“I’m really looking forward to getting going, to get started, to get to know the players and to get the season started.”

Deila arrived at Parkhead as Neil Lennon’s successor in the summer of 2014 when he joined from Stromsgodset. After two successive titles and a League Cup, he made for Brendan Rodgers in May 2016. 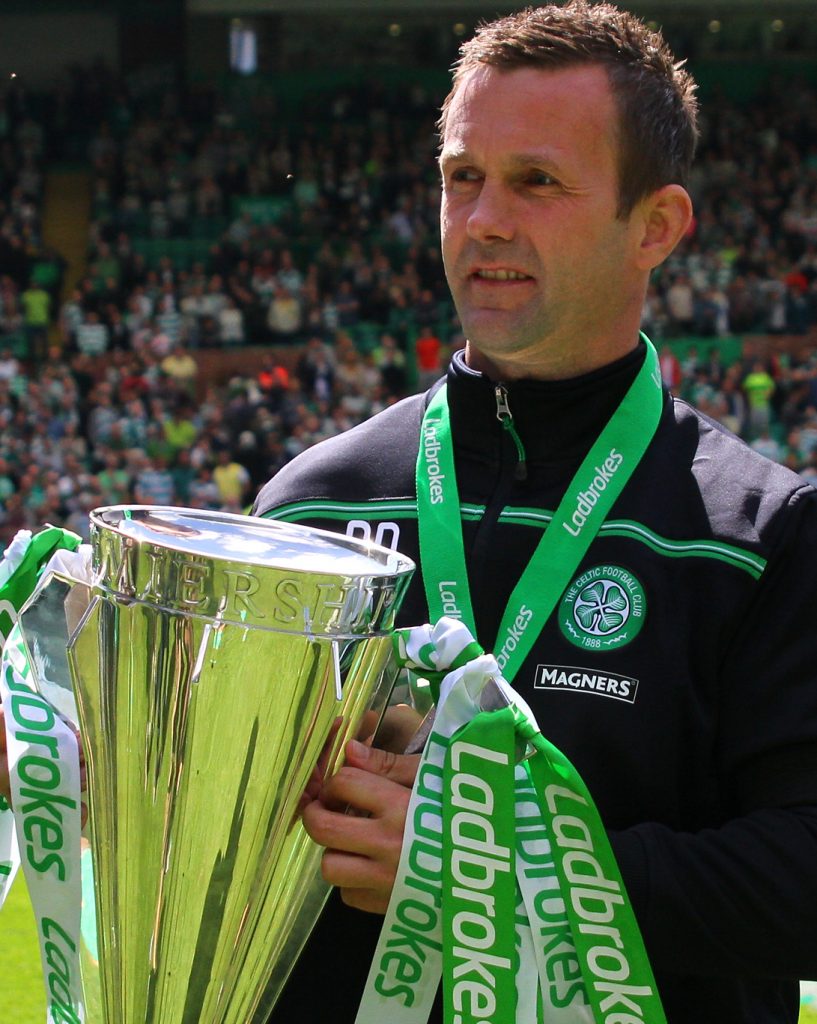 THE LAST HURRAH…Ronny Deila with the Premiership trophy at the end of season 2015/16.

He was most recently manager of Norwegian side Valerenga, though the team struggled during the latter half of the previous season, winning just one of its last 16 league matches.

Deila added: “It’s still a younger club, New York, but they’re getting closer and closer. They’ve been in play-offs now in the last four years and that’s great. Now it’s just to make the big thing and win it.

“The group of players, as I’ve heard and as I’ve seen, have been there for a while and they’re ready together. Just to build on that consistency and improving all the time, then I know also the result will come.

“To take the next step now, to win the title will be a big, big goal for me and for the club.

“When I come in, it’s important to build on what’s been built before and try to get some of my ideas across, as well. It’s very similar, the way City have played and the way I want to play, too, so just to keep building on what has been.

“With the consistency and the hard work during the preseason, we’ll be ready for the season.”

One player who will be ready to wecome him is his former Hoops star Gary Mackay-Steven, who joined the American giants last year. Deila took GMS and Stuart Armstrong to Parkhead in a £2million double deal from Dundee United in January 2015.