RONNY DEILA blasted Kris Commons after the Celtic midfielder lost the plot at being substituted in the 3-1 flop against Molde.

Commons, scorer of the team’s goal in the dismal defeat which leaves the Hoops bottom of Europa League Group A, blew his top at being replaced by Nadir Ciftci in the 76th minute.

But the manager hit back in condemning the player – branding his actions “unacceptable” and “disrespectful”.

He said: “That’s unacceptable. We are a team. I understand players being disappointed at being taken off, but to show it in that way, it’s not the way it should happen at Celtic.

“We are one team and it’s not about one player. That was very disrespectful to everyone else.”

Deila refused to say if Commons will be disciplined, but admitted: “What happened is something we cannot have in the team. Everything is about the team, not one player.

“So we will have to talk about that. 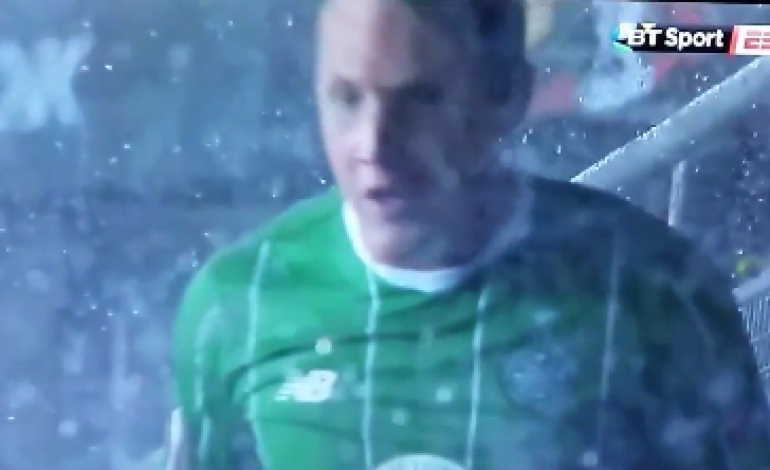 “It’s not about punishing people, it’s about understanding how we need to react and behave.

“Of course, he was irritated he was being taken off and that’s okay sometimes.

“But you do it in a better way than he did. We will move on and come back stronger on Sunday.”

Explaining the decision to take off the attacker, Deila added: “It’s a matter of having balance between attacking and defending because you cannot put on four strikers and think you’ll create a lot of things.

“You need to have somebody who can defend as well so we can get the ball.

“We wanted to have two strikers on and we needed more balance in the midfield because every time they got the ball they counter-attacked us.

“That was the reason for the decision and also there have been a lot of games and Kris is going to be important in matches to come.”

The under-fire manager insisted his team can still qualify for the knockout stages but admitted the next two games, both at home, have to be won.

He added: “We are very disappointed. We didn’t perform at the level we should do. We started okay in the first five, 10 minutes, but after the first goal we got stressed and they were very comfortable on the ball.

“We played in front of them and didn’t get in behind them. We didn’t have enough crosses, so the game went the way they wanted it. They were able to counter attack us.

“The second-half, we started better and got back into it, but then conceded another and then it became even more difficult.

“We have to play balance and come around the side of them. We didn’t manage to that. We were not switched on enough.

“I am surprised by that performance. I expected a much better performance and I am very disappointed.

“It makes it much harder, but we have two home games now. We need to beat Molde, that’s something we have to do.

“So there is still a chance for us.

“We just need to beat Molde and also Ajax at home then we will see what kind of position we’re in.

“Our performances will need to improve, of course.”