RONNY DEILA has admitted he was given a new contract by Stromsgodest when they were bottom of the Norwegian League in 2009.

The Celtic boss said: “We went through very tough times – it was the same as I feel now.
“And they wanted me sacked there as well at that time. It took time. The club stood behind me and we built up a new team.

“I have trained four teams and every one of them has got better and better. But this is a bigger scale.”

There are only two Europa League games remaining – at home to Ajax and away to Fenerbahce – for Deila to offer signs of improvement to support his case to be given the additional crack at making it work for the Hoops Celtic in Europe. 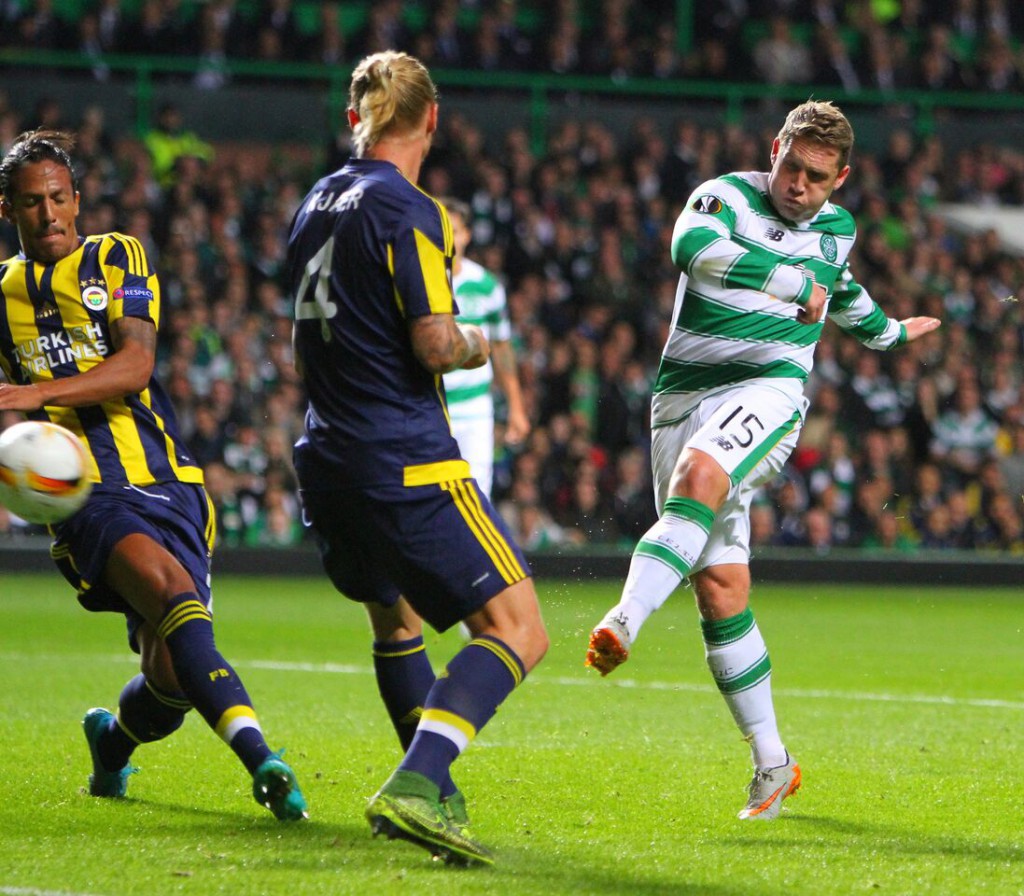 Former Celtic striker Chris Sutton said: “The bottom line is whether, later in the season, Peter Lawwell thinks Ronny can get Celtic through the next European campaign and into the Champions League. It will come down to that.

“If they end up getting through the Europa League group, people will say he has turned it round.

“They might have to get something out of the last match, but perceptions change in one game.

“If they are again outfought and out-thought, these questions will arise and it will be up to Peter to go with what he sees fit.

“Would a Celtic manager be sacked after winning a domestic Treble?

“If Ronny wins the Treble, which they have a strong chance of doing, would that happen?

“In terms of analysing everything, it will come down to the whole season and to European football.”

Deila’s domestic ambitions, following a championship and a League Cup success last season, are going as expected.
However, after 16 months on the European stage, the Norwegian has failed to engender genuine hope that Ajax and Fenerbahce can be dismissed and the Hoops can join Molde in the latter stages of the competition.
Sutton, who was a perennial Champions League performer for Celtic, added: “It’s human nature for players to switch off if you are coasting.
“You go into every game concentrating, but you need players who can switch on at the right time.”
Deila will be hoping his players rise to the occasion against the Dutch and Turkish opponents to relieve the pressure.
——————————————————————
Have you ordered Brendan Sweeney’s new book on how Celtic started 128 years ago and the first few years of our club’s existence? It is a wonderful book, order direct from CQN HERE or click on the graphic below. The Winds of Change will also be out in the next week or so!