Celtic Quick News on News Now
You are at:Home»Latest News»DEMBELE IN DEMAND
By CQN Magazine on 29th August 2018 Latest News

CELTIC are bracing themselves for a bid of around £20million from Marseille or Lyon before Friday night’s transfer deadline.

There has been no formal offer for the powerhouse striker – as CQN reported yesterday – but the French double-act are preparing to test the champions’ resolve.

The Hoops do not want to sell the 22-year-old and news of interest in Dembele is the last thing Brendan Rodgers needs at the moment as he prepares his team for tomorrow night’s crucial Europa League play-off against Lithuania’s FK Suduva and Sunday’s clash against Sevco Rangers.

The ex-French Under-21 frontman is a wanted man after hitting the headlines with a 32-goal spree in his first season at Parkhead after joining for a £500,000 Development Fee from Fulham. 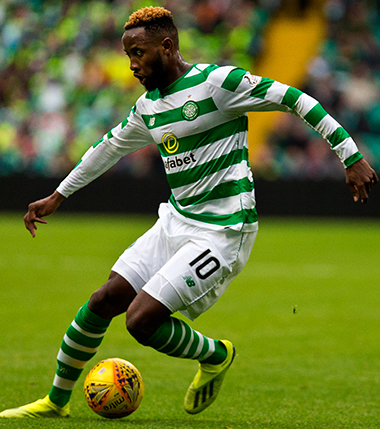 Injury curtailed his appearances and goalscoring exploits in the last campaign, but he still managed 16 goals from 28 starts.

Marseille sent scouts to watch Dembele in action during the 1-0 win over Hamilton Accies at the weekend and now their Ligue 1 rivals have shown interest.

It must be emphasised Dembele is not agitating for a transfer, but that stance cannot prevent clubs from his homeland monitoring his situation.

The next 48 hours could be crucial to Celtic’s season.