Celtic Quick News on News Now
You are at:Home»Latest News»‘DEMBELE NOT FOR SALE – NOT EVEN AT £30m,’ RODGERS
By CQN Magazine on 13th January 2017 Latest News
BRENDAN RODGERS has told England’s big spenders he has no intention of selling Moussa Dembele this month – not even for £30million!
West Ham were reported to be ready to splash £20million on the 19-goal striker who arrived in the summer for a £500,000 development fee from Fulham.
The Celtic boss, though, insisted there is no sum which would persuade him to sell the 20-year-old Frenchman before the end of the current transfer window.
Rodgers said: “Even if a club offered what we thought was the player’s worth now, we don’t need to do it. 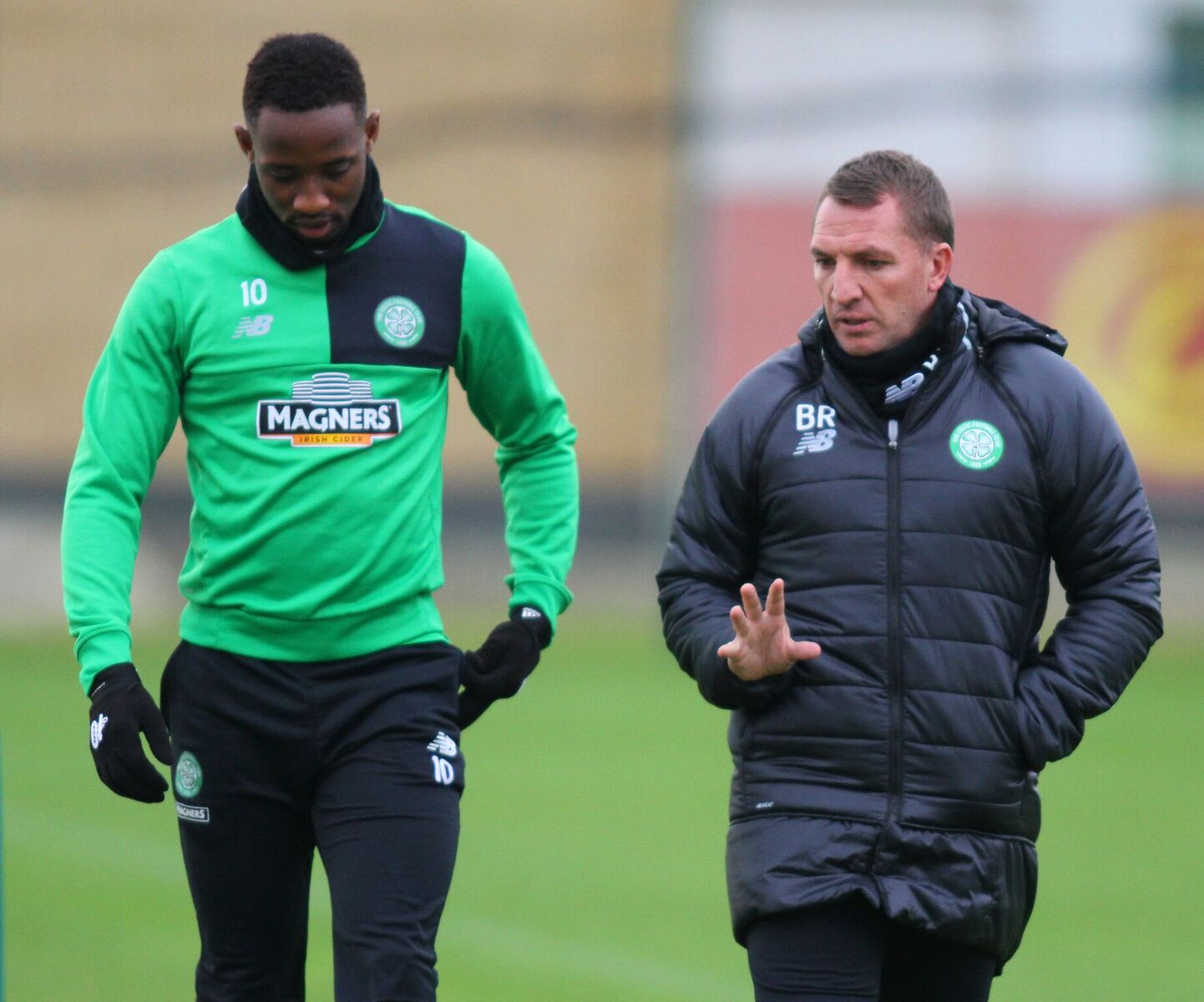 “It’s one where we want to improve the team and keep developing as a team.

“I respect the market in Scotland, because it is tough. I can imagine that if someone comes in with, say, £20million it’s like: ‘Bloody hell!’. I can understand that.

“But if you invest some more time then you can maybe get even more money.

“That’s what it’s about, but, at this moment in time, it’s about football development. It will then come hand-in-hand at one point, I’m sure. But it’s definitely not now.

“A young kid at 20 – and one of the top young strikers in Europe – is bound to be linked (with other teams). It shows how well he’s developed and how well the team has done.
“But he won’t be going anywhere. It’s not part of the plan with me, his agent and the club. Nothing will change that.

“It’s a testament to him and his team-mates how well he’s done, but I said before and without sounding arrogant, I know his value and his worth.

“I’ve been in England and I know the type of money that gets exchanged.”

*There are only a few days left of this tremendous offer from www.cqnbookstore.com and when the signed books are gone that’s it over! Order today and when you buy a copy of That Season in Paradise – Ten Months of Celtic Heaven (signed by Lisbon Lion Bertie Auld) you will also receive a free copy of The Winds of Change – signed by Davie Hay and a free DVD!  While stocks last, order HERE or click on the ad below.
All orders booked over the past few days should be arriving this morning, enjoy!