Celtic Quick News on News Now
You are at:Home»Latest News»DEMBELE REVEALS EDOUARD REGRET AT ‘GREATEST TEAM IN THE WORLD’
By CQN Magazine on 23rd May 2020 Latest News

MOUSSA DEMBELE has admitted his Odsonne Edouard regret – while revealing Celtic are “the greatest club in the world”.

The powerhouse international striker played alongside his fellow-Frenchman for only one season before his £19.8million switch to Lyon in August 2018.

Edouard made such an impression during his season-long loan period that he persuaded the Hoops hierarchy to smash their club transfer record with a £9million move for the Paris Saint-Germain prospect two months before his compatriot’s exit.

Dembele has kept tabs on the Under-21 international and wishes they could have had more time at the nine-in-a-row champions.

The one-time fans’ favourite, speaking to BT Sport, said: “The only bad point is that we didn’t play together earlier. We knew that if we played together we’d do something good. When he first came, he was a bit shy.

“Because we come from the same place, I tried to help him, I gave him a lot of advice and after that he changed, from one player to another. 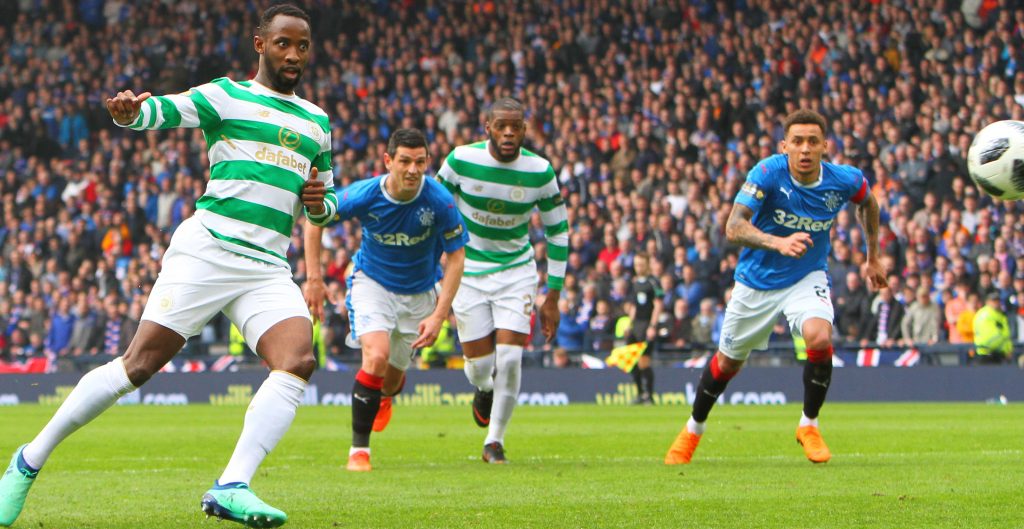 “Odsonne is a very very good player, he will go straight to the top. I think we saw what he was capable of this season. He’s a fantastic player, a player I rate and, hopefully, he’ll go to the very top with Celtic. I wish him only good luck.”

Dembele admitted he is now a fan of the Parkhead side after playing his part in the first two trebles following his cut-price £500,000 move from Fulham as one of manager Brendan Rodgers’ first signings for the club in the summer of 2016.

He commented: “Before I came, Celtic was just a big club. But once you step in, you realise that it’s more than a football club. It made me grow as a player, as a man and made me see things differently from what I’ve seen before.

“I think it was a really good experience. I wouldn’t change it for anything. I’m a fan now. I follow every game because it was two fantastic years.

“It is the greatest club in the world.” 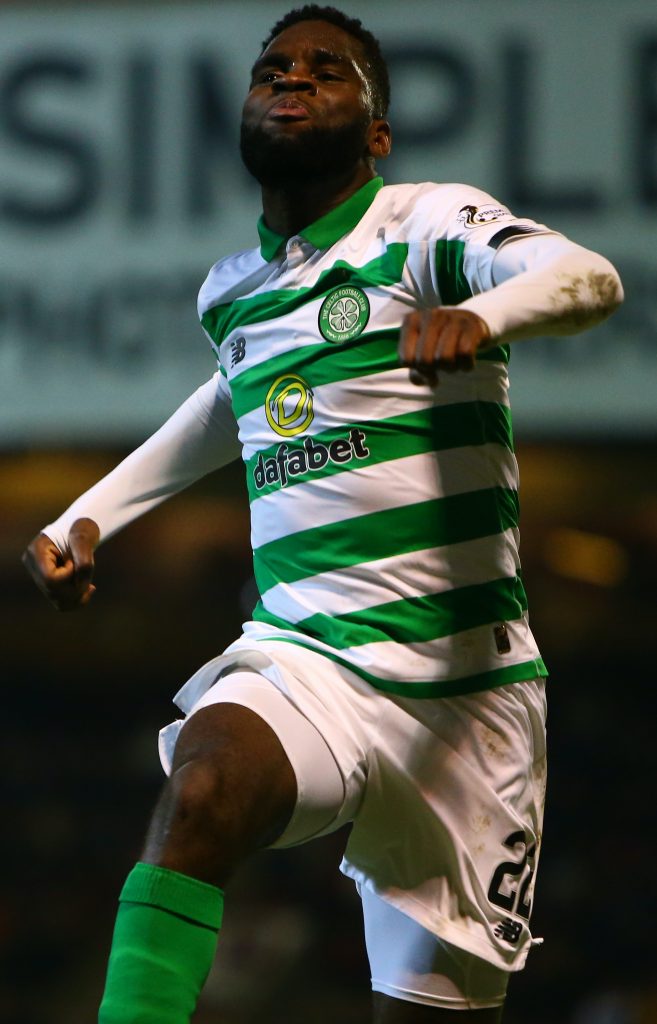 AIR WE GO…Odsonne Edouard leaps with delight after another goal for the Hoops on the way to nine in a row.

Twenty-three-year-old Dembele walloped in a hat-trick in his first game against Mark Warburton’s Ibrox side in September 2016 as Rodgers’ Hoops ran amok as they romped to a 5-1 triumph. He netted the winner in the Betfred League Cup semi-final shortly afterwards and was also on target in the 2-1 Hogmanay victory in Govan when Scott Sinclair claimed the winner.

Dembele added: “As soon as I signed for Celtic, the first thing they said is: ‘You have to beat Rangers’. It’s a six or nine point game, so you have to make sure, when you go on the pitch, you give it your everything: if you have to come off the pitch injured, you do it.

“I think that’s one of the best games I’ve played in in my whole career.”