Celtic Quick News on News Now
You are at:Home»Latest News»DEMBELE WINDFALL: WAIT FOR IT, CELTS
By CQN Magazine on 9th September 2020 Latest News

THE GOOD NEWS is that the nine-in-a-row champions are standing by for a massive sell-on windfall for their former striker who joined Lyon in a £19.8million deal in the summer of 2018.

THE BAD NEWS is that the Hoops are likely to have to wait another year when their 10 per cent bonanza is realised for the 24-year-old French international who could add to his value by remaining at his present club for another campaign.

The Ligue 1 side failed to achieve a place in either the Champions League or the Europa League after finishing seventh in the table.

It means there WILL be players leaving the club as they seek compensation to cover their financial black hole.

However, the club’s sporting director Juninho has insisted there will not be a clear-out of their quality performers – and that means Dembele, whose double strike to dump Manchester City from the Champions League last season pushed him into the £60million valuation bracket, could be told he is going nowhere. 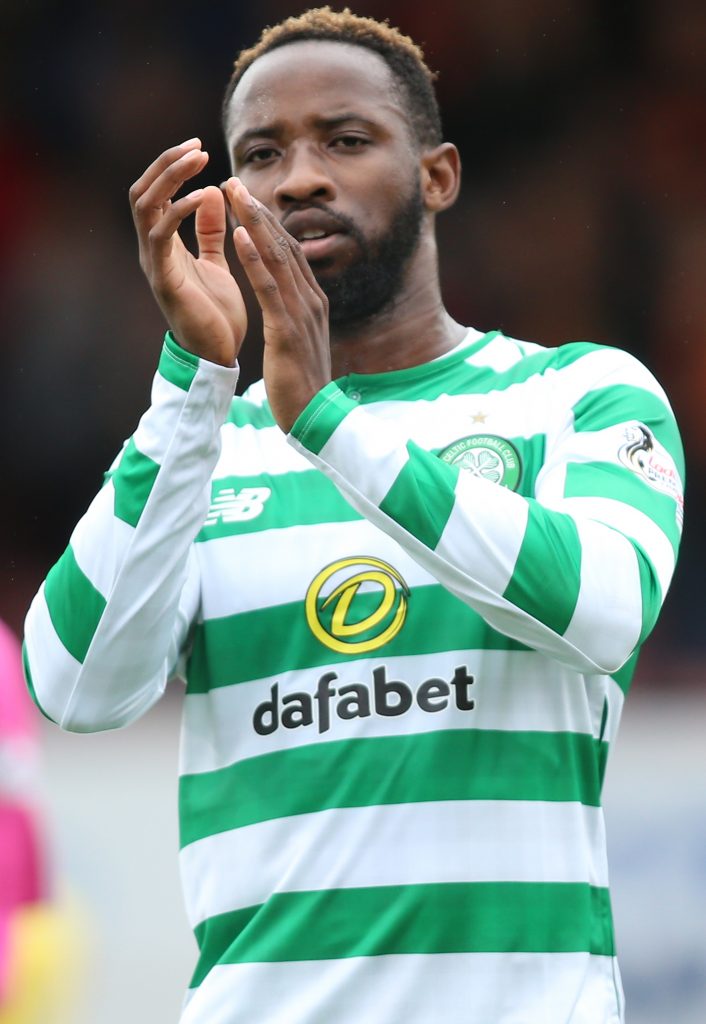 FINAL FLING…Moussa Dembele applauds the fans in his last game for the club against Partick Thistle in August 2018.

The former Hoops fans’ favourite is under contract until June 2023 and Lyon are in no rush to part with the hitman, especially with £45million-rated playmaker Houssem Aouar attracting interest from Arsenal.

Juninho insisted Dembele’s value will soar, especially if he gets a regular place in Didier Deschamps’ French international squad.

The transfer guru, speaking in a report in the Daily Record, said: “I think that after Olivier Giroud, he is a possibility for Deschamps. He is a centre-forward, someone who is easy to manage.

At £60million, Celtic would pick up 10 per cent of the profit which would bring in £4million. Now, with a delay of 12 months, the Parkhead coffers could expect even more – if Dembele continues to shine.

Manchester United, Arsenal and Spurs have shown an interest in the player who cost the Hoops a bargain £500,000 compensation fee when he joined in the summer of 2016 on a cross-border deal from Fulham.