Celtic Quick News on News Now
You are at:Home»Football Matters»DEMBELE’S POSITIVE VIBES
By CQN Magazine on 18th October 2016 Football Matters
LAIDBACK Moussa Dembele is feeling positive before the Champions League confrontation with Borussia Monchengladbach.
The French Under-21 international striker took his Celtic goal haul to 13 with his slick penalty-kick in the 2-0 win over Motherwell at the weekend.
It could have been 15 from 18 appearances, but Dembele was denied by the woodwork in the first-half and he praised Fir Park keeper Craig Samson for thwarting on another occasion after the interval. 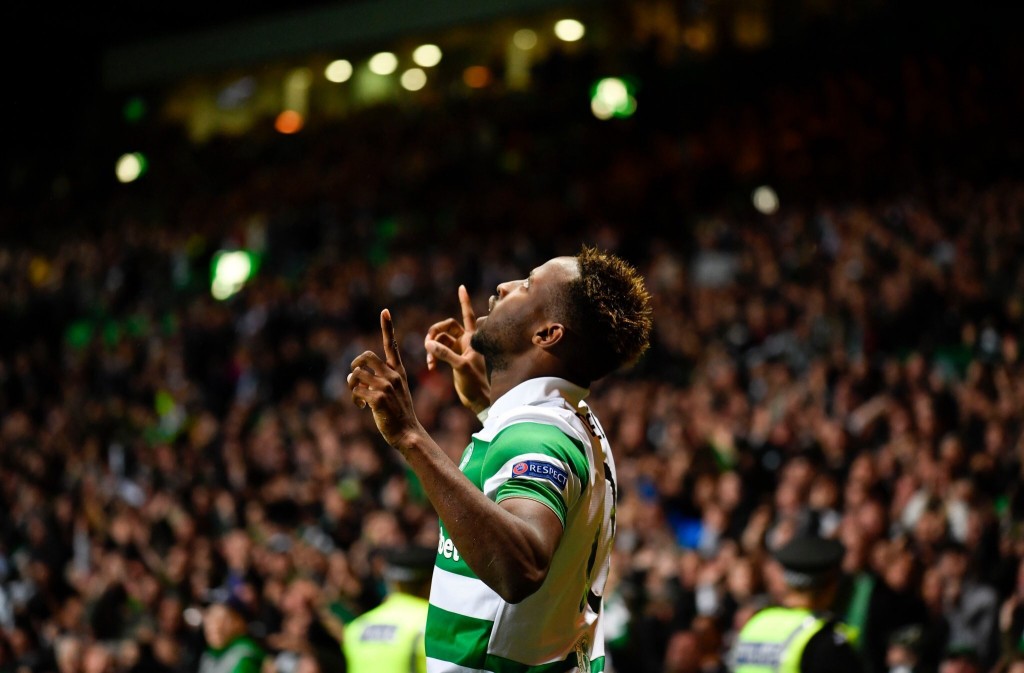 The shotstopper could only parry a deflected Scott Brown effort into the frontman’s tracks before scrambling to his feet and blocking the rebound.
Dembele said: “The angle was a bit tight and tried to put it into the corner. However, the keeper saved it.
“That’s okay because sometimes you score and sometimes you don’t.
“But I just keep going and wait for other chances to come.”
The Hoops frontman was hauled down by Samson three minutes from the end as he chased a lost cause into the penalty box. Referee John Beaton had no hesitation in pointing to the spot.
Dembele, who saw his spot-kick saved in the 7-0 mauling in Barcelona, said: “I just had to concentrate and put the ball in the net.
“Of course, I have already missed one this season, so, I was just happy to score again.
“We won, kept a clean sheet and played some good football, so it was all positive.
“Now I am looking forward to tomorrow night, but I always take in game by game.
“We must focus on Borussia Monchengladbach and make sure we get a good result.”
Dembele was talking to Celtic TV about tomorrow’s Champions League Group C match at Celtic Park.
Meanwhile former Celtic skipper Andy Lynch’s autobiography is out this Thursday and there’s still time to take advantage of the great launch offer.
Just order Hoops, Stars and Stripes from CQN Bookstore (HERE) and you will automatically receive a signed copy plus a free copy (also signed) of Quality Street Gang by Paul Dykes. So both books cost just £14.99 plus p&p for the next few days.