Another home Glasgow derby against a team struggling in mid-table and another lead conceded. This is why consecutively winning so many games is historically difficult, not just in the Scottish league.

The randomness of Ade Azeez scoring at Celtic Park is what keeps football from going stale. Fortunately, that randomness didn’t extend to scoring a winner, so the potential of an unbeaten treble remains alive.

There were plusses. Eboue Kouassi made his first start, and Tom Rogic returned from a lengthy absence to replace Eboue shortly after the hour. Jack Aitchison, our youngest ever goal scorer, got the last 15 minutes, a valuable exposure to the heady heights of first team football.

I doubt Brendan Rodgers will be even slightly upset by the dropped points to the extent that he would be less keen to rest players for Kilmarnock on Saturday. Even though Kilmarnock are clearly world-beaters after securing a point against the greatest coach to finish in fifth place in Qatar.

In the next couple of weeks we’ll be shipping, In the Heat of Lisbon, with what is an absolute cracker of a T-shirt (below). If you don’t know what it is, I’m not going to tell you, but I think it’s just brilliant….. 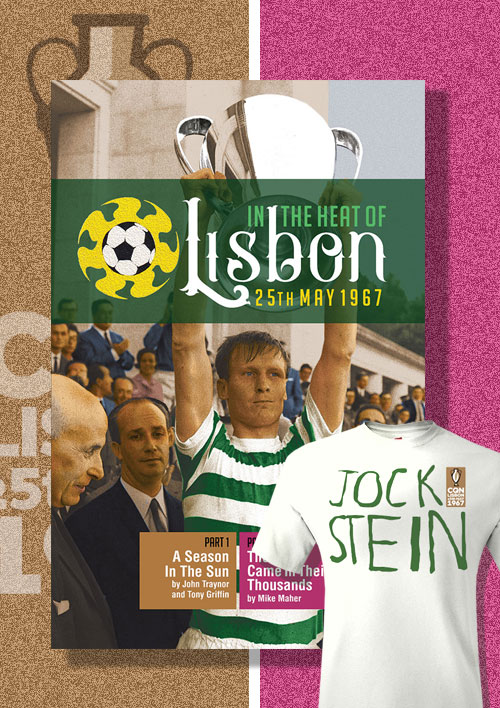