NEW Bhoy Moritz Jenz believes it was his destiny to play for Celtic.

The 23-year-old German centre-back agreed a season-long loan deal from French club Lorient  – a year after Ange Postecoglou made his initial move as he revamped his Hoops squad.

Jenz, though, left Swiss outfit Lausanne-Sport for the Ligue 1 club, but now he is gearing up to battle with Cameron Carter-Vickers and Carl Starfelt for one of the roles in the heart of the Hoops rearguard.

The 6ft-plus stopper admits chats with his former Fulham pal Matt O’Riley also helped persuade him to sign up at Parkhead.

Jenz said: “It’s an amazing feeling to be here. It’s been a dream for me since last year because I really wanted to come here and finally the dream has come true to play for a massive club. 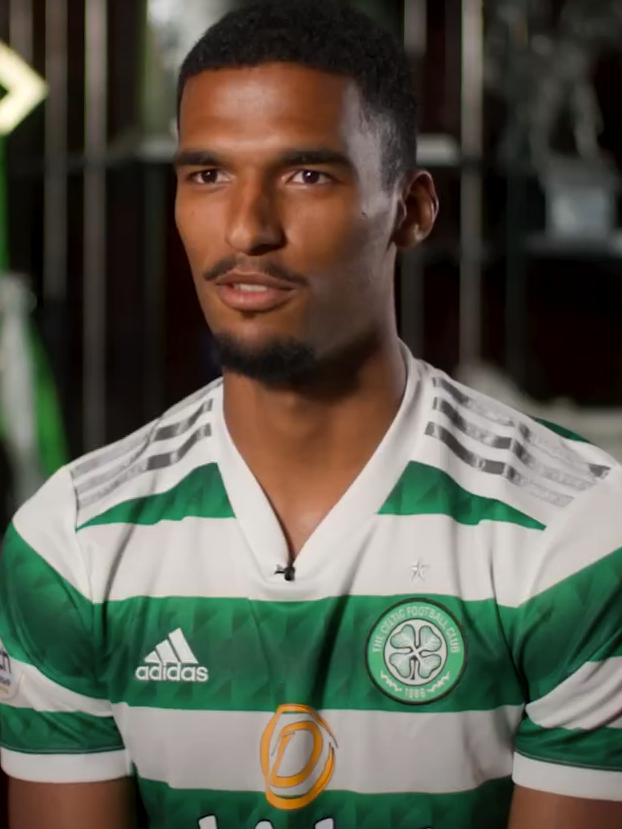 GREEN FOR GO…Moritz Jenz wants to hit the ground running.

“Since last year, I’ve been in touch with Matt O’Riley who’s been my best mate since we were younger and played together at Fulham and he told me a lot of great things.

“He texted me immediately after he signed in January, telling me it would be nice to have me here.

“I’ve followed the season and how it went and obviously it went really well for Celtic because they won the league.”

Jenz, speaking to Celtic TV, continued: “It’s always good to have a friend and someone who can help you to settle in very quickly.

“I’ve also met the lads and they seem like a good group of people, very open, very nice, so I’m looking forward to work – and working hard and getting as far as possible with the team this season and achieve great things.

“I’m a hard-working player, someone who is physical and aggressive and who likes to play. Fans can expect me to give everything to the club to achieve the highest targets. That’s what I’m here to do. 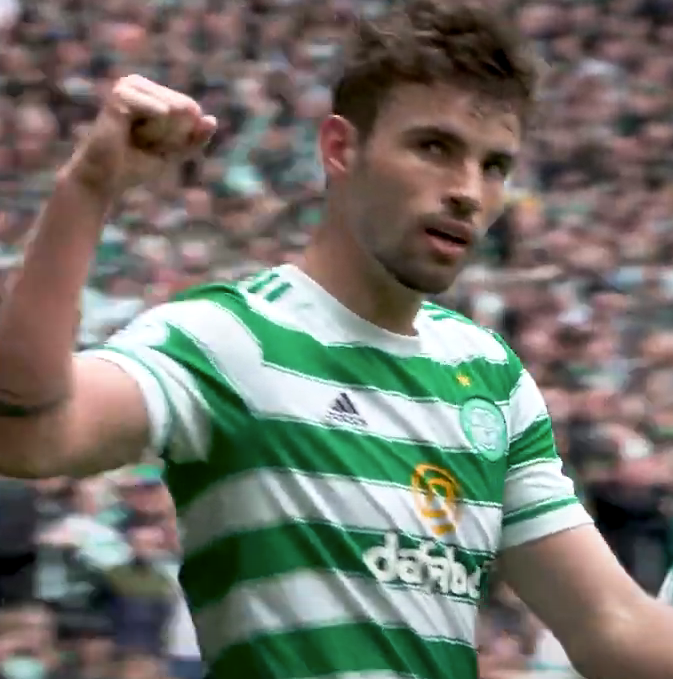 JUST CHAMPION…Matt O’Riley was involved in the old pals’ act.

“It’s very exciting. Obviously, every player’s dream is to play for a big team and to compete for the biggest trophies and competitions, so I’m looking forward to it. I want to finish as high as possible in every competition.

“I will train this week and then join with the team on Friday and be ready for the match at the weekend.”

And Jenz also revealed that his friendship with midfielder O’Riley is not his only Hoops connection as he added: “At Fulham, my coach was Peter Grant, who was a big player at Celtic.

“I used to listen to all the stories he told me of when he played – he played alongside Andy Thom, my countryman who joined the club in the nineties.

“So, I always had an eye for it – a special club with a special logo, a special shirt and a special history, so there was always a desire to one day play for this club.

“I think maybe it’s destiny. I hope so.”