JACK HENDRY admitted “it’s not been easy” to watch faltering Celtic this season.

The Hoops central defender was loaned to Belgian outfit KV Oostende in the summer and has played a starring role in the unfashionable club’s rise to a top-four place in the top flight.

The Parkhead side have struggled in the middle of the rearguard with injury-stricken Christopher Jullien playing on 15 games, first with a back problem and then a complicated knee knock after clattering into a post in the 3-0 win over Dundee United on December 30 that could see him sidelined until October.

Shane Duffy’s £2million loan switch from Brighton has gone disastrously wrong and the Republic of Ireland captain will return to the south coast team at the end of an ill-fated term.

ON THE BALL…Jack Hendry in action for Celtic in his first full season.

Former boss Neil Lennon played several formations with midfielder Nir Bitton and right-back Hatem Abd Elhamed being drafted in. Stephen Welsh has now teamed up with Kristoffer Ajer to bring some consistency to the crucial area.

Meanwhile, Hendry, 25, who cost £1.2million when Brendan Rodgers bought him from Dundee in January 2018, looks on from Belgium.

The Scotland international pivot, who has made a mere 27 appearances for the Hoops, is getting his career back on track after his previous temporary switch to Australian club Melbourne City in January last year ended following a knee ligament injury in his second game that required surgery.

The cultured Hendry, who has bulked up at the Belgians, as CQN reported earlier this week, admitted: “I’ve always thought that, at Celtic, I could have a real good impact on the team.

“Obviously, maybe a wee bit disappointed on how it panned out, but, first of all, I’ve got to look at myself about that, on how that happened and how it didn’t quite work out the way I wanted it to.

“But, at the same time, you’ve got to obviously ask questions like: ‘Did I get as fair an opportunity as maybe I should have?’ 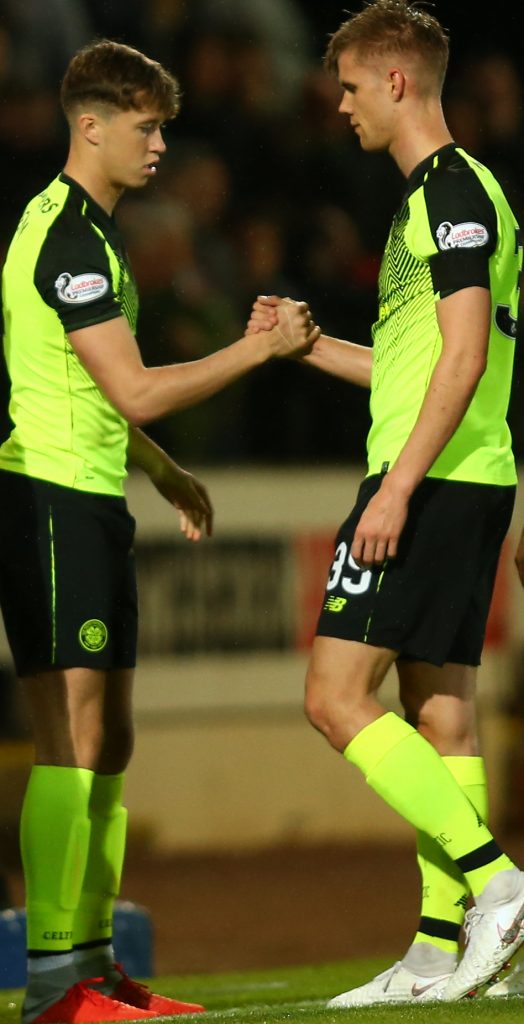 “These are obviously questions that, in hindsight, you can always look at, but in the moment I needed to look at myself – and I did.

“I think coming back this pre-season, I needed to kick on, I needed to do something with my career because it was just potential and I felt when I went to Celtic it didn’t materialise the way I wanted it to and I was really determined to go and show people I was a good footballer and I was at that club for that reason.”

Hendry, speaking to Sky Sports News, added: “Watching from afar this season, it’s not been easy, because obviously it’s been a difficult season for themselves and, of course, the way that I’m playing at the minute I think I could have had a real good impact on the side.

“With the tough years that I did have at that club, it’s made me a lot mentally tougher. I think it’s made me a better person and I’ve come through the other side of it and now having a good run of games together, I want to play at that level again.

“I want to push myself, I just feel that I needed my confidence back and my mojo back.”

It has been reported there is a £1.75million permanent transfer fee inserted in his loan contract with KV Oostende, but it is not clear if that is an option or an obligation.

Hendry’s terms at Cetic run until June 2022 and there is still the chance he may fulfil the potential that took him to the club over three years ago.