Celtic Quick News on News Now
You are at:Home»Latest News»‘DIDN’T HE DO WELL,’ HOOPS BOSS
By CQN Magazine on 17th March 2018 Latest News

The Hoops manager, who guided his team to a 2-0 win over Well in the League Cup Final in November, said: “Our ambition is to win the league and win it the best way we possibly can.

“Our focus is just to win the next game and this one will be another tough match.

“The encounters this season with Motherwell have all been like that. It’s been a while since we played them after the run of three games.

“I think Stephen has done a brilliant job by keeping them up last season and then reaching the League Cup Final.

“Now they’ve reached the semi-final of the Scottish Cup.” 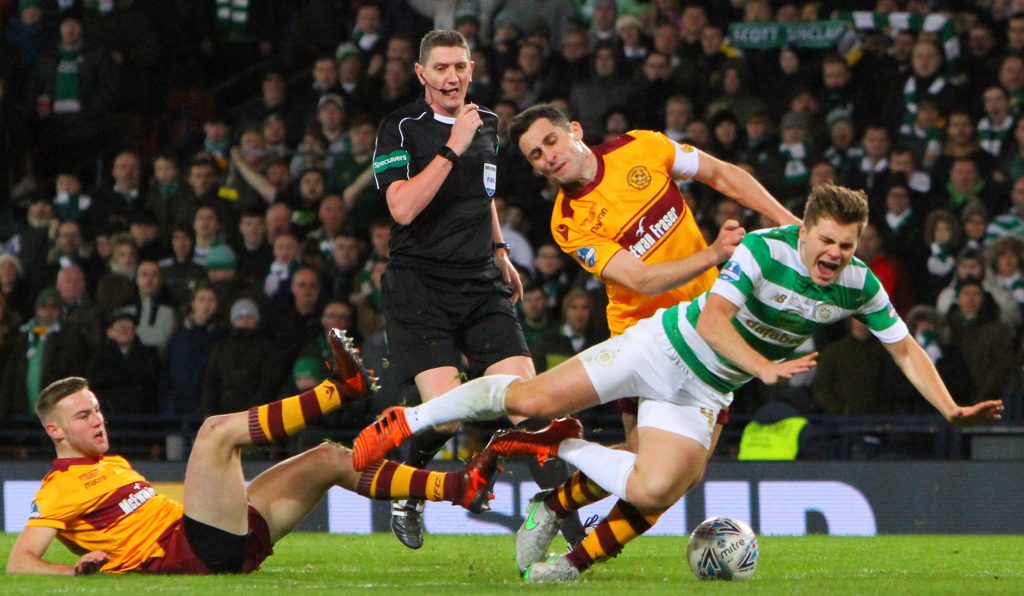 CRUNCH…James Forrest takes a tumble, but the winger was flying high at the end of the League Cup Final when he scored the opener in the 2-0 success over Motherwell.

Dorus de Vries, crocked before last week’s 3-2 win at Ibrox, returns to the champions squad, but Rodgers may opt to stick with on-loan Scott Bain following his impressive debut performance.

Mikael Lustig, serving a one-game ban last Sunday, is back in contention, but Jozo Simunovic, sent off in the Govan confrontation, is sidelined.

The Swedish international defender was on the scoresheet the last time the Hoops played at Fir Park – deflecting a shot beyond Craig Gordon to give the home side the lead back on November 29. 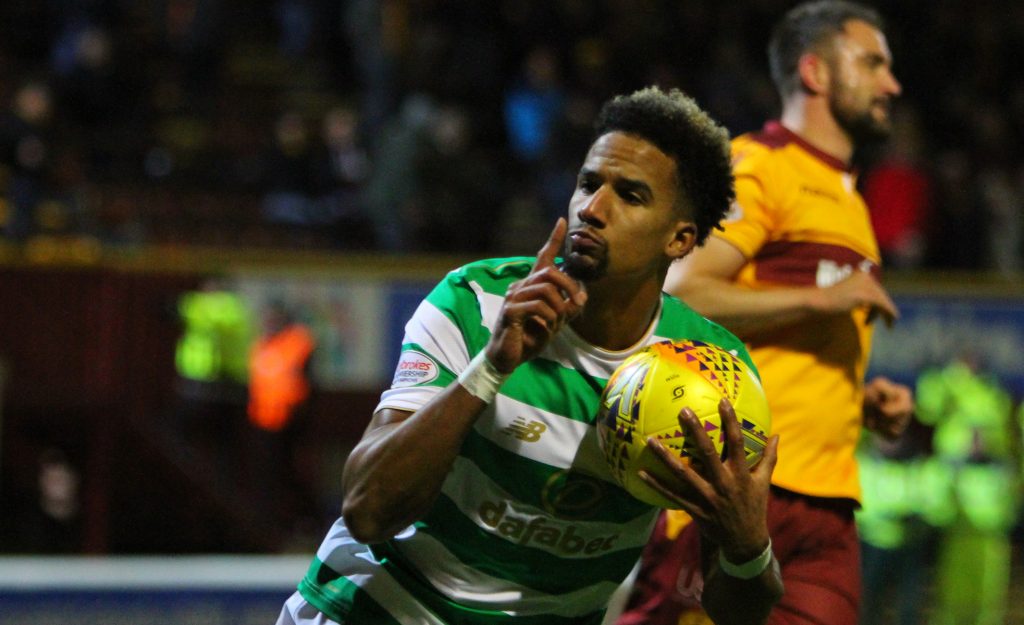 THE QUIET MAN…Scott Sinclair silences the home fans after firing in the Hoops’ leveller from the penalty spot in the 1-1 stalemate at Fir Park.

Odsonne Edouard, Sunday’s matchwinner at Ibrox, fired in a hat-trick while James Forrest came off the bench to claim the other two.

Leigh Griffiths has returned to training, but is not yet ready to feature while Craig Gordon and Nir Bitton, with knee problems, and broken-leg victim Jonny Hayes are also out.