SKY SPORTS will show the Scottish Premiership from 2020/21 after sealing a five-year deal in the region of £100million, as CQN predicted earlier this month.

BT Sport, with former Celtic hero Chris Sutton as their main analyst, have been left with NOTHING.

The satellite giant will now claim at least 60 games a season, including the four Celtic v Rangers tussles, plus the Premiership play-offs.

The previous joint TV agreement between Sky and BT saw them broadcast 30 matches each per campaign.

Sky Sports will now exclusively broadcast up to 48 live Premiership encounters per season as well as up to six Premiership/Championship play-off matches for five years.

Premier Sports – who last week secured a deal to broadcast Scottish Cup matches – will now exclusively broadcast between 12 and 16 Betfred League Cup live matches per season which were previously aired on BT. 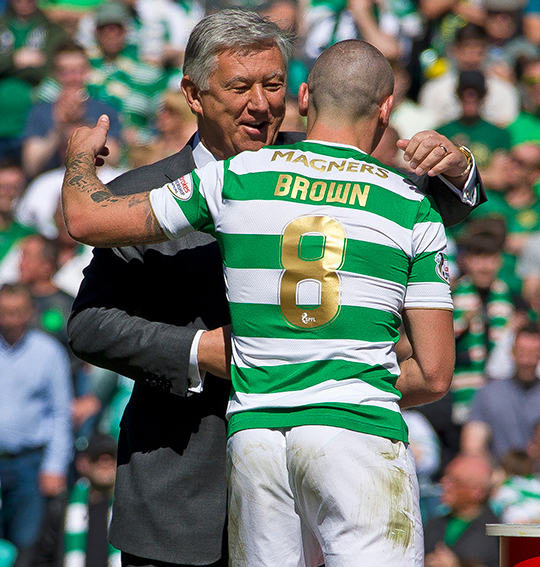 SPFL Chief Executive Neil Doncaster said: “Every single deal is a major increase on our current contracts. Taken together, these deals represent the largest-ever injection of broadcast investment since the SPL was founded over 20 years ago.

“Whilst we are not in a position to reveal exact figures, it’s indicative of the sums involved that the clubs quickly voted to accept the deals put before them.

“Interest in the Scottish game is extremely high both at home and overseas and this has been reflected in the size of the commercial deals we have been able to strike in what is definitely a very challenging market.

“It has been a remarkably complex and time-consuming process, but we have definitely got the right result and our media advisor Phil Lines has played an important role in achieving this successful outcome.

“We’re particularly pleased that we have been able to agree a deal for the Ladbrokes Premiership matches on an exclusive basis with a single live broadcast partner. Sky Sports has been at the heart of the football broadcasting revolution for many, many years and its determination to secure our rights and its commitment to ensuring excellence in its programming are extremely encouraging.” 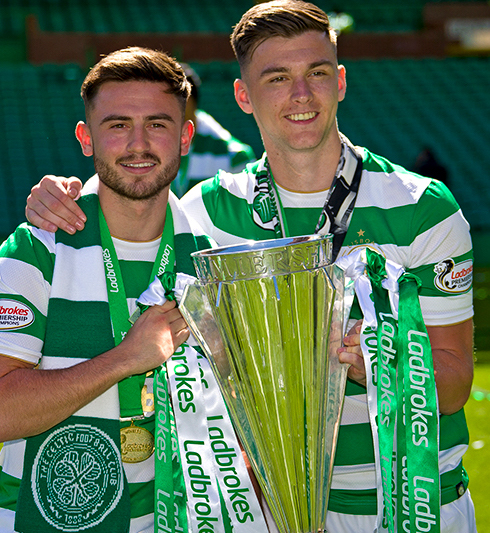 THE GLITTERING PRIZE…Patrick Roberts and Kieran Tierney show off the newly-won trophy.

He added: “We are also delighted to announce a deal with Premier Sports to broadcast the Betfred Cup and the continuation of our partnerships with BBC Scotland and MG ALBA.

“The significant, additional money which will come into Scottish football will be extremely welcome. The game can only benefit from the strong investment and widespread exposure these deals have secured.”

Tonight’s announcement will undoubtedly come as a shattering blow to BT Sport, but also to a fair cross-section of football supporters north of the border who enjoyed their programming with many armchair fans insisting they gave more in-depth analysis to Scotland.

The bumper contract that has just been signed, sealed and delivered will not be welcomed by everyone.

Ex-Celt Sutton’s provocative comments often made headline news and there is little doubt he has been more controversial than another former Parkhead player, Kris Commons, who is an anchorman at Sky Sports.

The former Scots international midfielder is a mainstay on the matchday programme along with Kilmarnock’s veteran striker Kris Boyd with the show hosted by Hayley McQueen, daughter of Scotland legend Gordon, the ex-Manchester United defender.