Hard to believe, but back in the early days of Celtic’s existence the team would travel by train, pile off at the station and make their way to the pavilion at the ground by horse-drawn carriage.  This would have been the case back in February 1893 as Celtic travelled to Gilmour Street station Paisley for a league match with Abercorn. Underwood Park was the venue which was only 250 yards east of where St. Mirren’s new ground stands now.  St. Mirren’s new home is affectionately known by some as “The Methodrome” because it is built on the fringes of the once notorious Ferguslie Park housing scheme.

In a surprising outcome Celtic would lose the match, but it is what happened afterwards that serves to make this an incident of note.

The result was a surprise to the local hacks too as the Paisley and Renfrewshire Gazette reported;

“Who for a single moment had the faintest idea that the Abercorn would prove capable of accomplishing what any other club in Scotland of any standing whatsoever has failed to do, viz; defeat the Celtic.  And that in a league fixture too!”

“Underwood Park was filled with the biggest assembly of the season.  Abercorn brought goal nets for the first time into requisition.  They worked very well and greatly assisted the referee in discharging his arduous duties.”

Celtic were slightly weakened by the absence of Willie Maley, with Hugh Clifford filling his berth, yet still fielded a strong team: 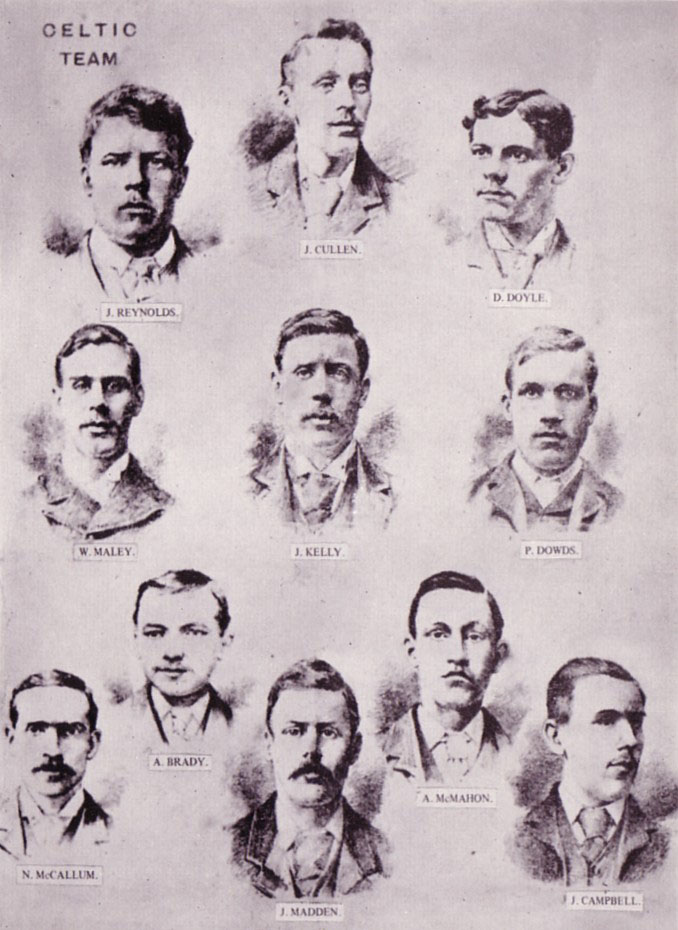 The green and white stripes went 2 goals down and equalled the scoring with goals by Davidson and McMahon respectively.  After losing a third before half time they fought valiantly throughout the second half having most of the play and lost a clincher in the final few minutes.

Although Abercorn played well Celtic had most of the possession and the Scottish Sport reported, “It was a great game but the best team did not win.  Campbell and McMahon did yeoman service for their club.  Kelly shone at half.”

When the final whistle sounded a melee extraordinaire ensued. The Scottish Sport reported, “We understand there was a scene at the finish of the Abercorn versus Celtic match.  The Underwood committee will have to see that the visiting teams are protected.  It is the second time this season that there has been a disturbance at their enclosure with the rough treatment which their players were subjected to at the Abercorn ground last Saturday.”

The Paisley & Renfrewshire Gazette took the Arsene Wenger route and although acknowledging an incident took place they saw and knew as much as Sergeant Schultz!

A sports journalist from the Scottish Sport was out on the randan in Glasgow that night and per chance bumped into Johnny Madden, who played for Celtic in the match, and gave him a first-hand account of the stramash. The journalist explained;

“When doing the rounds (Glasgow) on Saturday night in  the company of a few of our cycle racing cracks, the Celtic centre forward hove in sight and enlightened us with a graphic account of the treatment to which his team was subjected to at the conclusion of the Abercorn match.  Madden says that when the conquering heroes were borne on high to the pavilion at the end of the match, the Celtic players were attacked in the most bitter fashion.  He never witnessed a scene like it in any football ground.  First of all he was struck on the face with a stick and at the same time saw Reynolds, Doyle and others receiving blows.  Dan (Doyle) as they say in pugilistic language being fairly lifted off his legs.”

“The Celtic players had to fight their way into the pavilion.  Madden lays the onus of the fracas at the door of the Abercorn spectators.”

The Scottish Referee published this differing account. “It was an altercation of a boy with Dan Doyle whither by banter or deed that started the ruction.  Some act or other raised the spirit of the big Celt, and whether a man half his size deserved it or not, true it is he received a blow on the nose and mouth which knocked out a couple of teeth.  A participator in the melee caught Campbell by the throat, apparent by a couple of bruises shown thereon.  Kelly the most amiable and quietest of all fellows was made acquainted with the unfriendly toe of someone’s boot.  Whacking became general!”

The Scottish Referee report continued,” One unfortunate individual received a crushing blow from Reynolds, dislodging 2 teeth and breaking a third and causing heavy bruising.  A complaint was made against Reynolds and he was taken into custody in the course of the evening.  The matter however was amicably arranged later on when the assaulted party withdrew the charge when a promise of reparation had been agreed upon.”

The Celtic committee were appalled at the incident and took immediate action engaging the authorities, writing to both the S.F.A and the league.  The Celtic secretary wrote;

“I am instructed by the committee of the Celtic Football Club to write you regarding the brutal conduct meted out to our team last Saturday at the match versus Abercorn Football Club in Paisley.  We do not complain so much of the conduct of the spectators during the match which in all conscience was about the worst our team had ever experienced on a football field. The execrable oaths and blasphemies yelled by the spectators being simply indescribable but at what occurred immediately after the referee blew his whistle at the end of the game.  So soon as the game ended the spectators rushed in from all parts of the field and cheered the Abercorn players, hoisting them on their shoulders and blocking the way to the pavilion.  Our men were unable to enter the pavilion, were assailed by all sorts of vile epithets by the crowd and were kicked and otherwise severely assaulted and battered.  Kelly, Doyle, Gallagher (Celtic Linesman), Madden and Campbell being specially selected for the favours of the crowd.  There were only 3 policemen on the field and they were utterly powerless to preserve order. In the interests of football we trust that you will see your way to do whatever you consider is right to prevent the re-occurrence of the above.

Eventually another 4 policemen arrived but that was after the big picture had finished!

The Celtic complaint came up before the S.F.A. meeting 10 days later on February the 21st.

Archibald Eaglsim (sp) of Abercorn had submitted a request for more time to speak to his committee and the case was shunted backwards to early April when Abercorn proffered the time honoured defence of “It wisnae us it wiz them that started it”.

The Scottish Sport took the view, “Referee McQuarrie (Partick Thistle) evidently failed to report the recent fracas at Paisley to the S.F.A.  It is severely consistent with a conscientious discharge of duty.”

“The Celtic complaint re the Underwood treatment was evidently not considered important enough for the calling of a special committee and was evidently too important to be remitted to the privacy of a business meeting.  The compromise is the equivalent of shelving it.”

Eventually a hearing was held with the SFA committee taking the view by a majority vote that Celtic must prove that Abercorn did not make sufficient provision for the safety of the Celtic team and the onus was on Celtic to prove assaults took place.

Later in April the note below was published in the sport jottings section of the Scottish Sport.

“The Abercorn claimed 10s in expenses incurred by them in meeting the recent charge unsuccessfully preferred on them by Celtic.  On the grounds that admission of such a claim would form a bad precedent. It was declined.”

Abercorn who played in white shirts and blue shorts at that time were founder members of the league in Scotland and dropped out of the league around the start of the Great War, eventually ceasing to exist some 5 years later leaving the football scene in Paisley to St. Mirren alone.

The local council had requisitioned the land where the match with Celtic was played for stables and Abercorn F.C. moved to the outskirts of the town at Ralston before becoming defunct.

Celtic went on to win the European Cup.

* Images courtesy of Brendan Sweeney. Brendan’s new book CELTIC THE EARLY YEARS is out now and covers in there greatest detail the first five years of Celtic’s history. You can order direct from CQN Bookstore HERE or click on the link below.