Celtic Quick News on News Now
You are at:Home»Football Matters»‘DON’T COUNT US OUT,’ SAYS BIRTHDAY BHOY
By CQN Magazine on 20th August 2015 Football Matters
LEIGH GRIFFITHS celebrated his 25th birthday today with mixed feelings.
The Celtic striker netted two goals in the 3-2 Champions league play-off win over Malmo last night, but still wasn’t satisfied.
However, Griffiths roared his defiance when he blasted critics who might be thinking about writing off the SPFL champions.
He said: “It’s great to get the win although disappointing to lose two away goals.
“I am always confident of scoring goals and against Malmo I proved that at the top level. It’s my job to give the manager a problem and all I can do is score goals.
“The manager pulled me aside the day before the game and told me I was starting, so I had to keep focused and it paid off after three minutes.
“It was a great start from us. The gaffer wanted us to come out and play at a high tempo and after 15 minutes we were cruising. 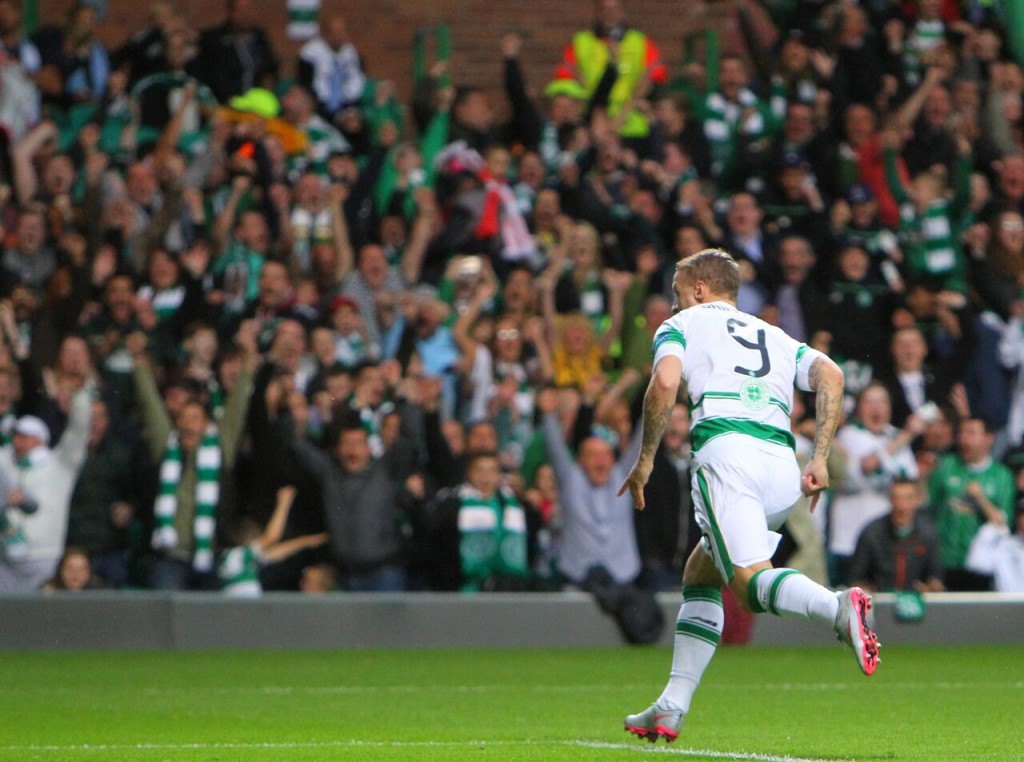 “At 2-0, we looked comfortable, but a couple of lapses of concentration have cost us dear.

“We’re still in front in the tie and Malmo have to come out and attack us.

“We showed against Qarabag that we can keep a clean sheet away from home, but we have a job to do over there and the boys in the dressing room believe we can do it.”

Jo Inge Berget, who disappointed during his six-month loan from Cardiff City last season, scored both his side’s goals.

He said: “Of course, it’s a good feeling to get two goals here. It meant a little bit extra for me since I didn’t do well here.
“The second goal is massive for Malmo – 3-2 is a much better result than 3-1 to take back home, so we should be pleased.
“The tie is still pretty open. We have a good record at home in Europe, but, as things stand, Celtic are through and they are good enough to hold the lead and get a draw.”
Click Here for Comments >
Share. Twitter Facebook Google+ Pinterest LinkedIn Tumblr Email
Previous ArticleMALMO TRASH TALK
Next Article Result but with a few unforced errors