The full-back will be in the Croatia squad for a pre-World Cup Finals tournament in Qatar against Slovenia and Bulgaria.

And Giakoumakis, who has hit seven goals since the turn of the year to boost his Hoops tally to nine, has been called up for the Greece pool for their matches against Romania a week tomorrow and Montenegro three days later.

ON THE MOVE…Josip Juranovic will play for Croatia in pre-World Cup tournament in Qatar.

Juranovic, a £2.5million arrival from Legia Warsaw in the summer, has impressed this season and his versatility in playing both defensive flanks has been invaluable to Ange Postecoglou’s system.

Croatia coach Zlatko Dalic is likely to field the Hoops’ fans favourite in the opening outing against the Slovenians a week on Saturday and then Bulgaria three days later. The matches will be played at the stadiums in Doha where the winter Finals – which kick off on November 21 and conclude on December 18 – will take place.

Powerhouse Giakoumakis, who also joined the Premiership pacesetters for £2.5million after netting 26 goals for relegated Eredivisie outfit VVV-Venlo, is beginning to hit form at the right time following his false start at Parkhead which wasn’t helped with a knee problem. 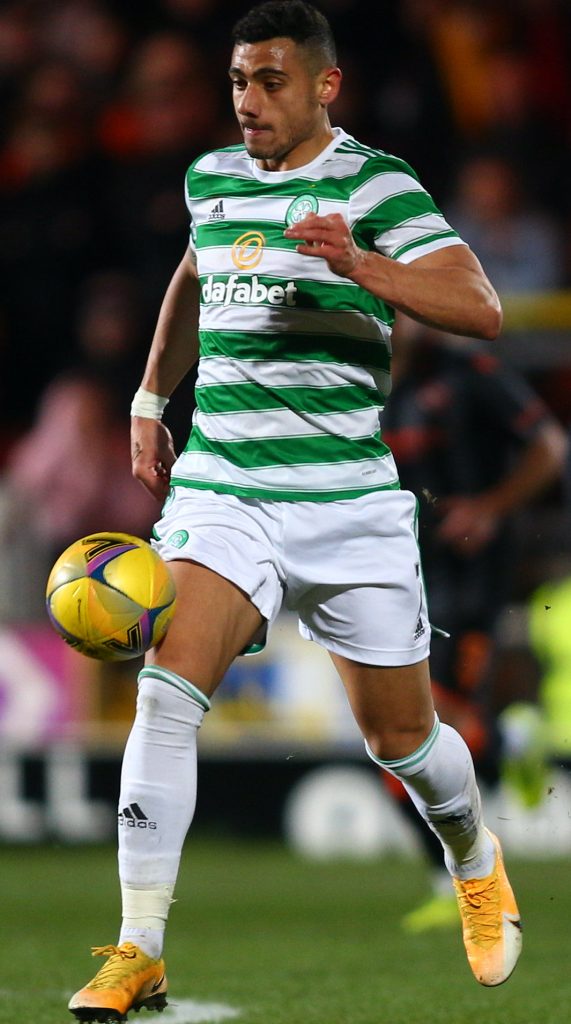 ON THE BALL…Giorgos Giakoumakis is ready to play for Greece against Romania and Montenegro.

Daizen Maeda and Reo Hatate have been brought into the Japan squad where they will face Tom Rogic and Australia and Vietnam in their crucial World Cup qualifiers next week.

Skipper Callum McGregor and Greg Taylor got the nod from Steve Clarke to play in Scotland’s Ukrainian fundraiser against Poland at Hampden a week tonight and the friendly against either Austria or Wales the following Tuesday.

Carl Starfelt has also been brought in from his 17-month international ‘exile’ by Sweden for their World Cup play-off semi-final against the Czech Republic a week tonight.

Plus there was a first call-up for midfielder Matt O’Riley who has been brought into the Denmark Under- 21 squad for their European qualifier against Belgium.