FORMER Celtic defender Steven Pressley believes Neil Lennon does not have a decision to make as he plots ahead for the champions’ visit to Ibrox on Sunday.

The ex-Scotland international reckons Leigh Griffiths and Odsonne Edouard have already made the major decision for the Hoops boss and MUST play against Steven Gerrard’s side.

Lennon took some criticism from certain quarters for his tactics in the last two games against the Govan side where Fraser Forster was the team’s Man of the Match with a flawless display in the 1-0 win in the Betfred League Cup Final on December 8.

However, the goalkeeper was helpless as Gerrard’s outfit won 2-1 three weeks later for their first victory at Parkhead in nine years. 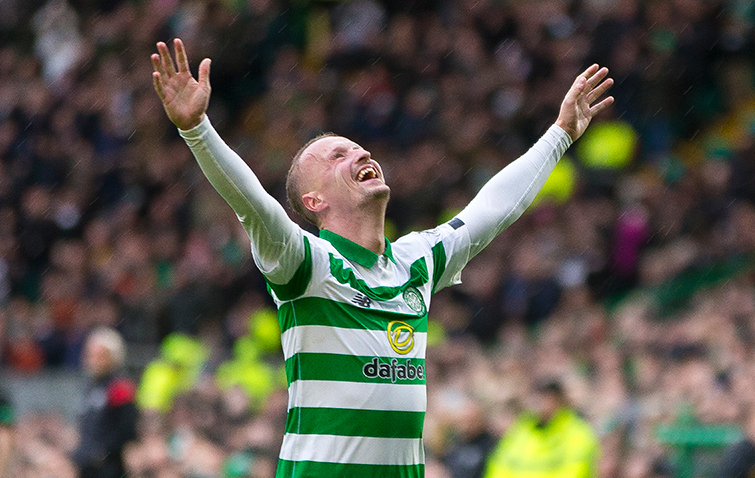 IN PARADISE…Leigh Griffiths celebrates his hat-trick against St Mirren.

Lewis Morgan, sold to David Beckham’s Inter Miami in January, led the line for an hour at Hampden before Edouard came on to help turn the flow of the contest.

And the Frenchman was on his own for the Premiership encounter where he claimed the team’s goal.

Looking ahead to the weekend encounter, Pressley, speaking to the Daily Record, insisted: “Up front, Neil will stick with Griffiths and Edouard.

“Sometimes, as a manager, you can look too much at the tactics and forget about the form of the player.

“But there are times you just have to look at your players and see that, for Neil, Griffiths is brimming with confidence and Edouard’s game is at an unbelievable level.

“You can look at the opposition and think: ‘Well, there’s a weakness and we can exploit that there,’ but sometimes you just have to think these two players are absolutely at the top of their game at the moment and must play.” 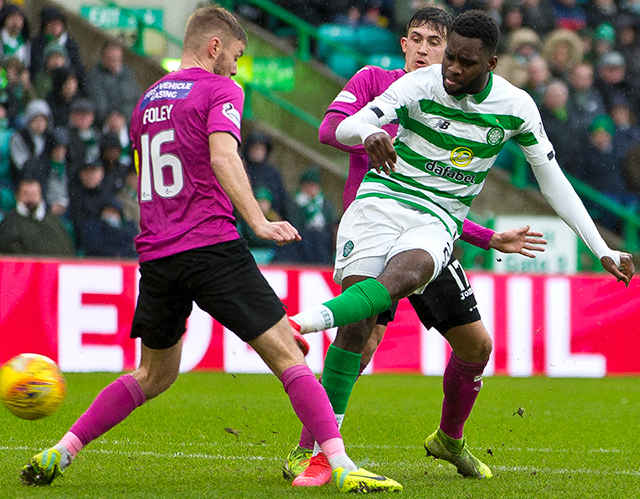 BY THE LEFT…Odsonne Edouard slots in his classy goal against the Saints.

Pressley, who kicked off his career at Ibrox, also reckons Olivier Ntcham has a role to play on Sunday – if he is fully fit.

He added: “In the engine room in the last derby, I thought Rangers’ legs were really strong. They had Ryan Jack, Glen Kamara and Steven Davis and the first two especially have really good mobility to get about.

“I thought that was a key factor. It will be interesting to see if Neil changes and introduces Olivier Ntcham because of his mobility and ability to get around the pitch.

“Scott Brown is a crucial player. He will definitely play, but at this stage of his career the legs aren’t his biggest asset.

“The other two midfielders have not only to be robust, but also have to have have the ability to cover large areas because I don’t think they have got to grips with that area in recent derbies.

“I think Brown, Ntcham, Callum McGregor will be the make-up. I know he played with Ryan Christie in the number 10 position in the last one, but I think there needs to be greater legs and robustness in there.”