Celtic Quick News on News Now
You are at:Home»Latest News»‘DOUBTERS DRIVE ME ON,’ SINCLAIR
By CQN Magazine on 4th November 2018 Latest News

COMEBACK BHOY Scott Sinclair has admitted he loves to prove the doubters wrong.

The flamboyant English attacker hasn’t been regular first choice for boss Brendan Rodgers this season following a shade in form.

However, Sinclair captured the headlines in late September when he came on as a substitute against Aberdeen and his cute back-heel proved to be the only goal of the game to secure three precious points.

However, despite being the matchwinner, the winger, who was one of the manager’s first buys for the club when he arrived in a £4.5million deal from Aston Villa in August 2016, still wasn’t guaranteed a start.

Rodgers has introduced the likes of youngsters Lewis Morgan and Mikey Johnston to a similar role to that normally deployed by the former Manchester City ace.

Sinclair, though, showed some of his first-season form when he came on as a 27th-minute substitute in the 3-0 thumping of Hearts in the Betfred League Cup semi-final at Murrayfield a week ago where he thrashed in the opening goal from the penalty spot.

He followed that with another spot-kick in the five-goal mauling of Dundee at Dens Park in midweek and was in place again yesterday as the Hoops notched up another 5-0 triumph over the Tynecastle outfit to move to within a solitary point of the Edinburgh men with a game in hand. 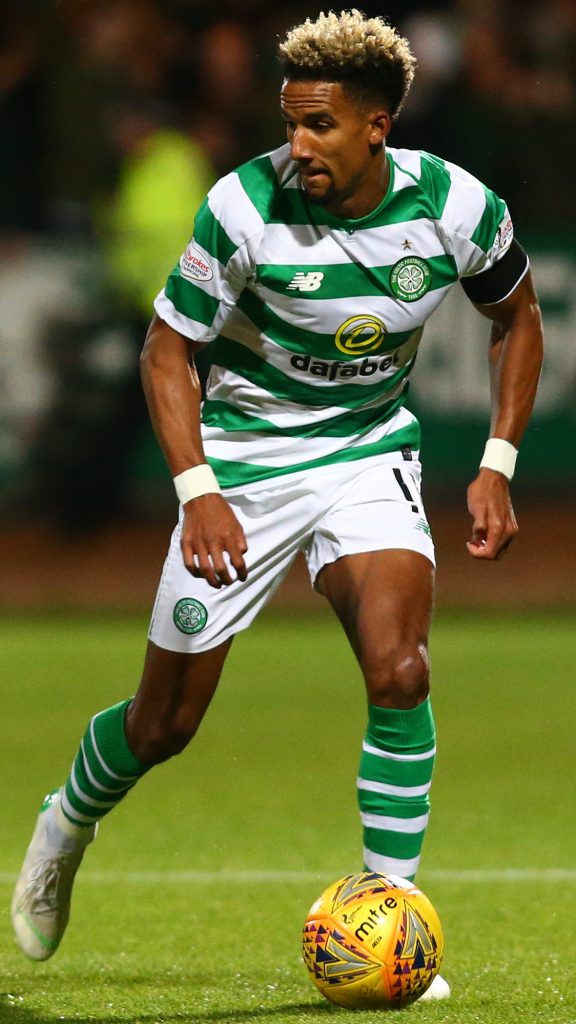 BACK ON THE BALL…Scott Sinclair has answered his critics. Pic: Geo.

Sinclair revealed: “I like when people doubt me, that drives me on. As a footballer, you’re always going to get that, but the quality I showed a couple of seasons ago was proof of what I can do.

“The manager sometimes went with a different shape, with a midfielder playing in my position, so I had to wait my turn. I had to be patient for an opportunity to go back in the team. It was very frustrating, but all  I could do was continue to work hard.

“Certainly, I didn’t feel like I had lost any of my confidence.

“I’ve always believed in myself,  I know what I can do. I’ve shown that here. Being out of the side has been difficult, but I want to pick up consistency now because when you’re in and out, it’s hard to do that.

“When playing every week and scoring goals, everything’s flowing. I want to get back to that. It’s very difficult when you come on as a sub and the crowd expect you to change the game.

“That’s tough for any player, but when you start a game, you can build yourself into it and play your normal game. After being Player of the Year in my first season, I feel the expectation from the supporters to do something special, but that’s part of getting all the accolades in my first year here. I get that and I’m happy with it.

“When I go out there, I still believe in myself 100 per cent. I know the goals will come and I’ll be back on top form again. Maybe opposition teams were also trying to man-mark or double-team me in certain games.

“They’re trying to stop me dribbling and scoring goals, but it’s up to me to come up with different ways and find solutions.

“It’s just about getting back up to that same level again.”

Sinclair did not start the Europa League Group B match against RB Leipzig when Rodgers’ men lost 2-0 in Germany last month.

However, his patience will almost certainly be repaid when the Bundesliga big-spenders come to Parkhead on Thursday is a must-win confrontation for the Hoops.