Celtic Quick News on News Now
You are at:Home»Latest News»‘DREAMS ARE MADE OF THIS,’ TOM ROGIC
By CQN Magazine on 28th May 2017 Latest News

The Australian revealed when he saw his strike go past Joe Lewis and into the net it was a surreal moment in his career.

He said: “It’s hard to put into words. I just picked up the ball rather quickly.

“I got the ball and just tried to be positive and the space opened up for me and it was a very special moment. 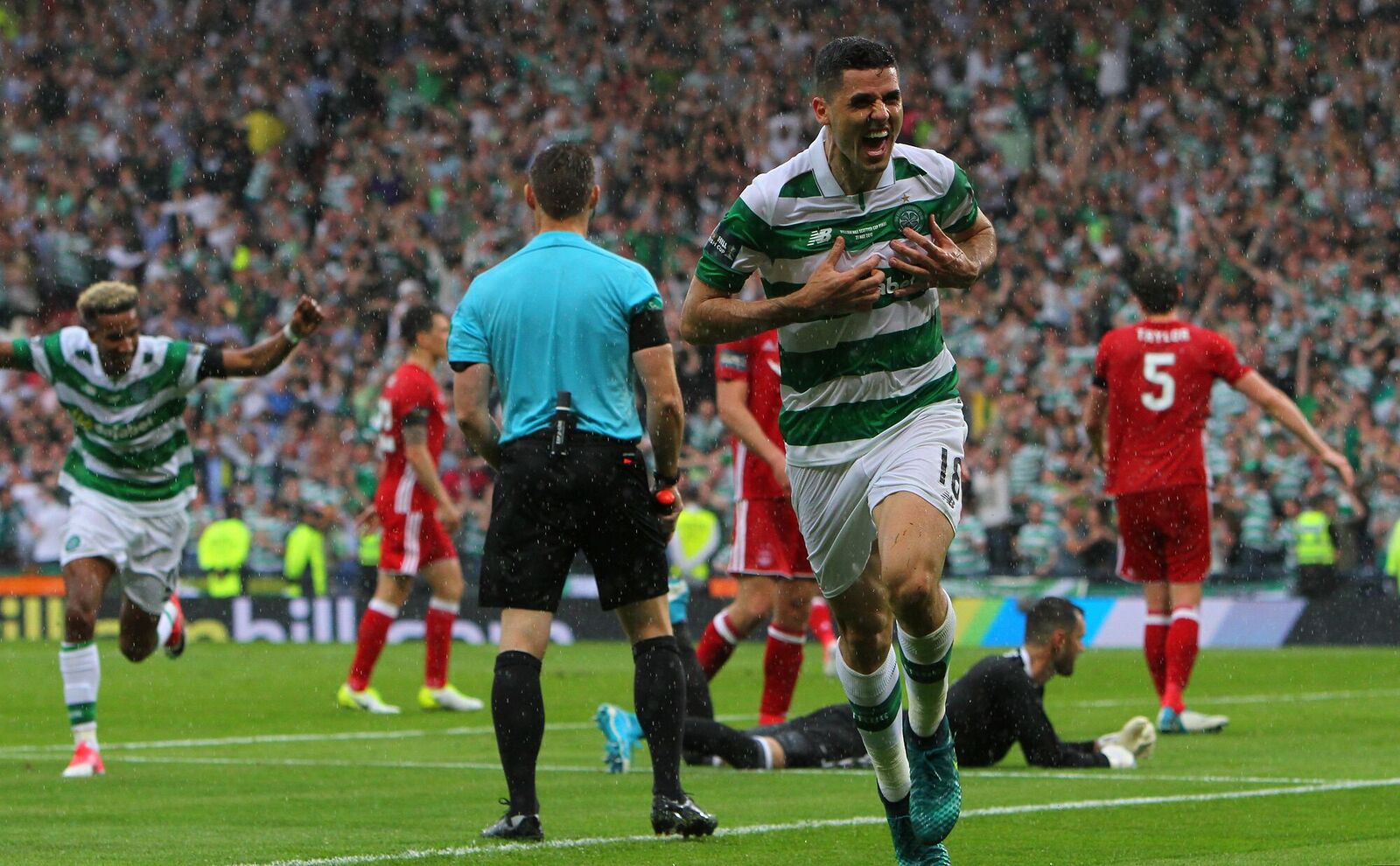 “It’s not about me, but the goal was something you dream of.”It’s been a long season. To do what we have done in going unbeaten, winning the treble on the last day of the season in the last minute it was an unbelievable moment for everyone.”Rogic also heaped praise on the rest of his team-mates for what as been a historic season for the Hoops.
He added: “It certainly hasn’t sunk in yet, but I think when you look at it, we’ve gone unbeaten and won the treble this season, so it’s probably never going to happen. It is pretty cool indeed.

“I think that is the strength of our team I think everyone is there to pay their part and be happy to play their part.

“It’s not about me or anyone else. It’s about the whole collective group, those who are on the bench, those who aren’t in the squad, so it’s a very special moment for us all.”