The Hoops flew out to the United Arab Emirates on Saturday for the pre-arranged break just hours after losing 1-0 at Ibrox to go 19 points adrift in their pursuit of a world record tenth successive title.

The Parkhead club went ahead with the trip as they were legally entitled to do due to the exemption of the elite sport ruling, despite the fact Scotland was preparing to go back into lockdown, as CQN reported yesterday.

Photographs emerged online apparently showing players and staff drinking at their hotel which is currently permitted in the UAE and led to the Holyrood chief querying if the club were in Dubai for the right reasons.

Emphasising the arrangement had been given the seal of approval from the Scottish Government and the football authorities, Lennon stressed its sole purpose was for sporting benefit. 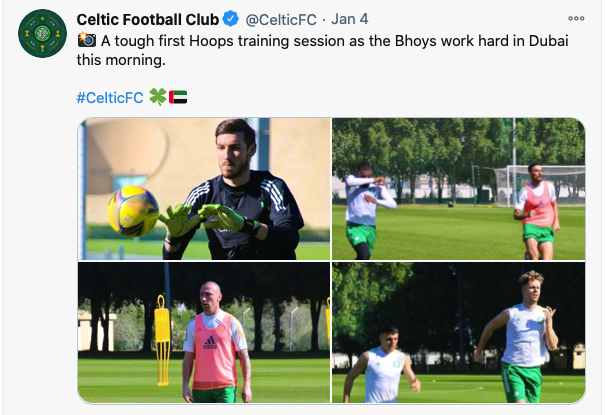 The Celtic boss, speaking to the Daily Mail, said: “We are sure the camp will be really important for us.

“It is the same format as previous years, obviously with one significant difference being the protocols in place for Covid, but we hope that we get the same lift from it and can go on another great run in the New Year as we did last season. That’s our real focus just now.

“As the club said yesterday, the camp was arranged some time ago, with the full consultation of the footballing authorities and given approval by the Scottish Government.

“Of course, we understand that we are in very unique and difficult times and there are now even tougher restrictions in place at home, but the camp is risk assessed and arranged in conjunction with Scottish football’s Joint Response Group.

“We have put in place all the appropriate protocols and we have undertaken the camp as we see the sporting benefits from it and hope it can do for us what it has done in the past.

“From the first day of camp yesterday and into today, the boys have been working tremendously hard as we always do on a camp which has served us so well over recent seasons.

“And that will be the format for the rest of the week, very tough, but productive and important sessions to get us ready for the second half of the season.”

Ms Sturgeon, speaking earlier yesterday in response to inquiries about the photographs, questioned if the purpose of the trip tallied with the grounds which had seen exemptions for elite sports granted.

She said: “For me, the question for Celtic – and I try to be diplomatic here – is not so much are they overseas at a training camp.

“It may be, given the changed circumstances, in future that won’t be appropriate.

“That’s not really the question. What is the purpose of them being there?

“I’ve seen a comment from the club that said it’s more for R&R than it is for training.” 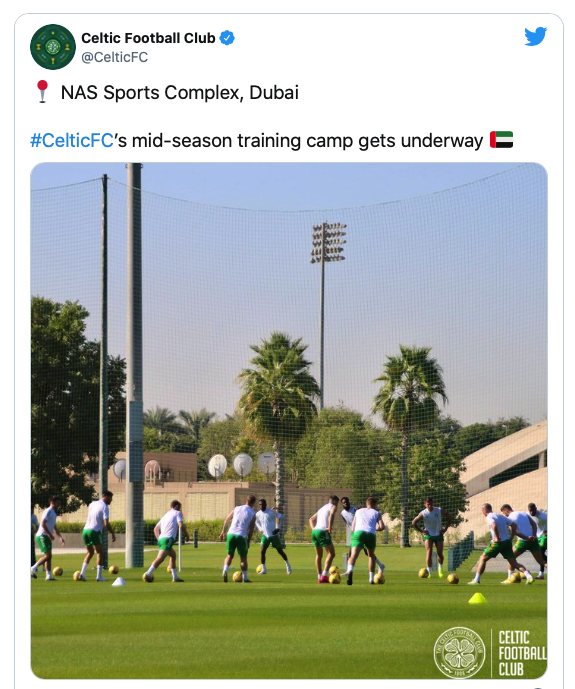 The government supremo also said she had seen some of the photographs, stating it “raised a question’ whether” all the rules on what elite players have to do within their bubbles around social distancing are being complied with.”

She added: “This is not just about Celtic or football. Elite sport has been in a privileged position at many points over the last year, doing things that the general public can’t do.

“As long as that is the case – and we all want our sports teams to do well and be able to train properly – it’s really important that they don’t abuse it.

“Use it for the purpose it’s intended. That applies to Celtic as it would to anyone else in that position.”

The club’s social media platforms contain images of the players being put through their paces.

The champions have already seen Premiership games against Aberden and St Mirren cancelled this season due to the actions of Boli Bolingoli who went on a secret trip to high-risk Spain and failed to comply with government guidlines when he returned.

They are scheduled to return from Dubai on Friday and will face Hibs in their rearranged league fixture at Parkhead on Monday evening.