DUNDEE UNITED yesterday sent out a side consisting mostly of youth players against Northern Ireland’s Champions Linfield and a late goal secured a 1-0 win for the Tannadice club.

After an afternoon of sectarian chanting from the visitors the United fans hit back singing ‘you’re not Rangers anymore!’ to silence the bigotfest.

“Linfield sing the same songs as Rangers, look like Rangers and play football in a way very similar to Sevco,” a United fan at the game told us last night.

Linfield lost home and away to Celtic in the Champions League Qualifiers back in July so this is the second cup exit of the season to a Scottish side.

The attendance was noted by some of the watching viewers and it is a number very much associated with Celtic! 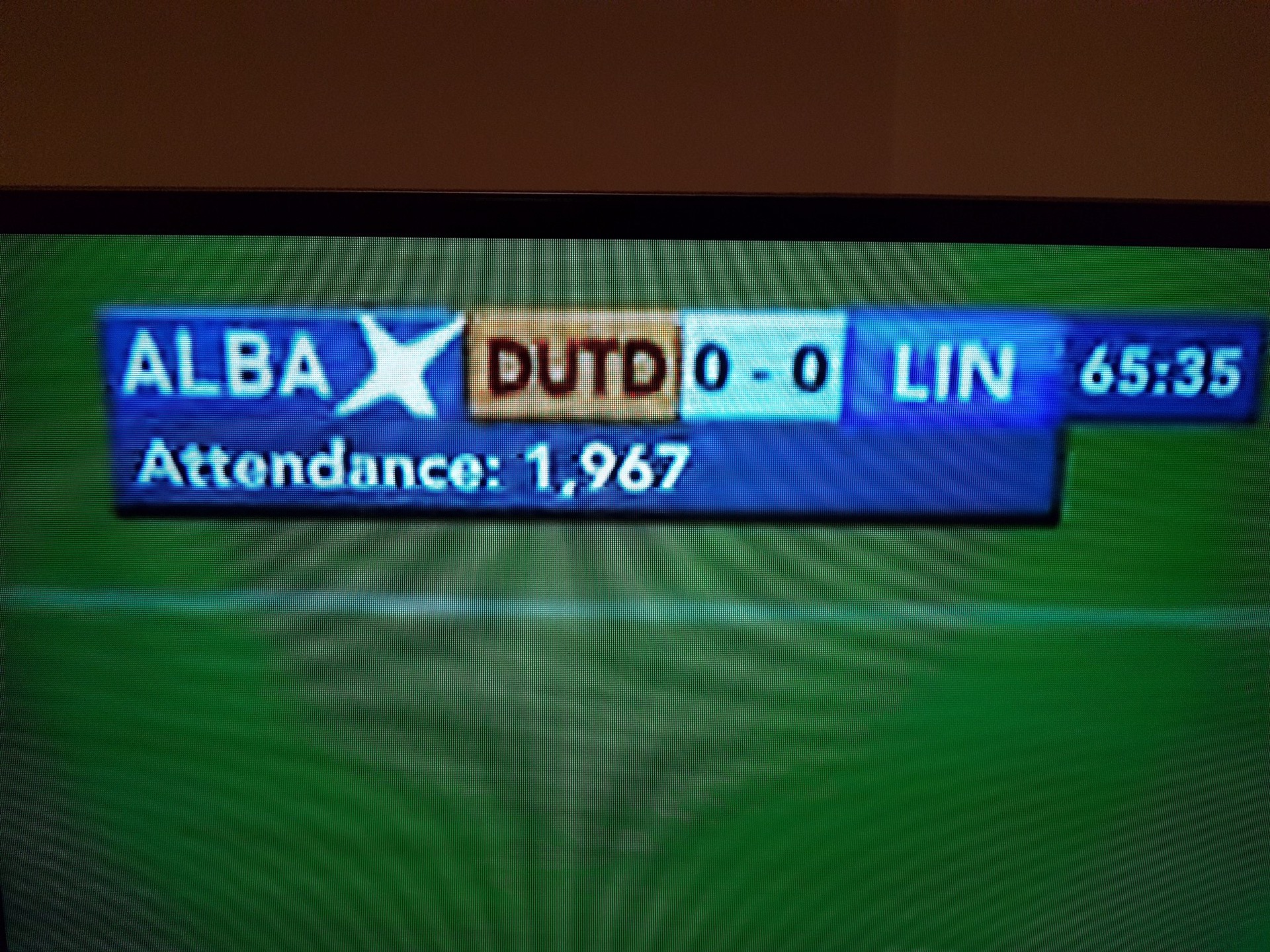 But it wasn’t all bad for Linfield yesterday. Dundee is called the City of Discovery and yesterday the Linfield supporters who purchased a match day programme will have noted that they are now regarded as “The World’s Most Successful Club, still in existence!”

The United programme editor will now come under intense pressure and there will be an outcry to have him removed from his post.
We wish him well in his struggle. Too many people in the Scottish game are prepared to swallow the 2012 big fat lie that Sevco Rangers are the same club as the one that died.

Here’s the cutting from the Dundee Utd Match Day Programme. Sevco Rangers are actually still Rangers, Doncaster revealed, because two Rangers supporters who ran the SFL and didn’t keep any records, decided that this would be the case. One of them, Longnuir, also received a huge financial bonus payment as a result of the new additions being introduced to the SFL in the Third Division in 2012.

The other one, Ballantye, has been known to visit Linfield wearing his Rangers tie when the new Ibrox club visits Linfield. 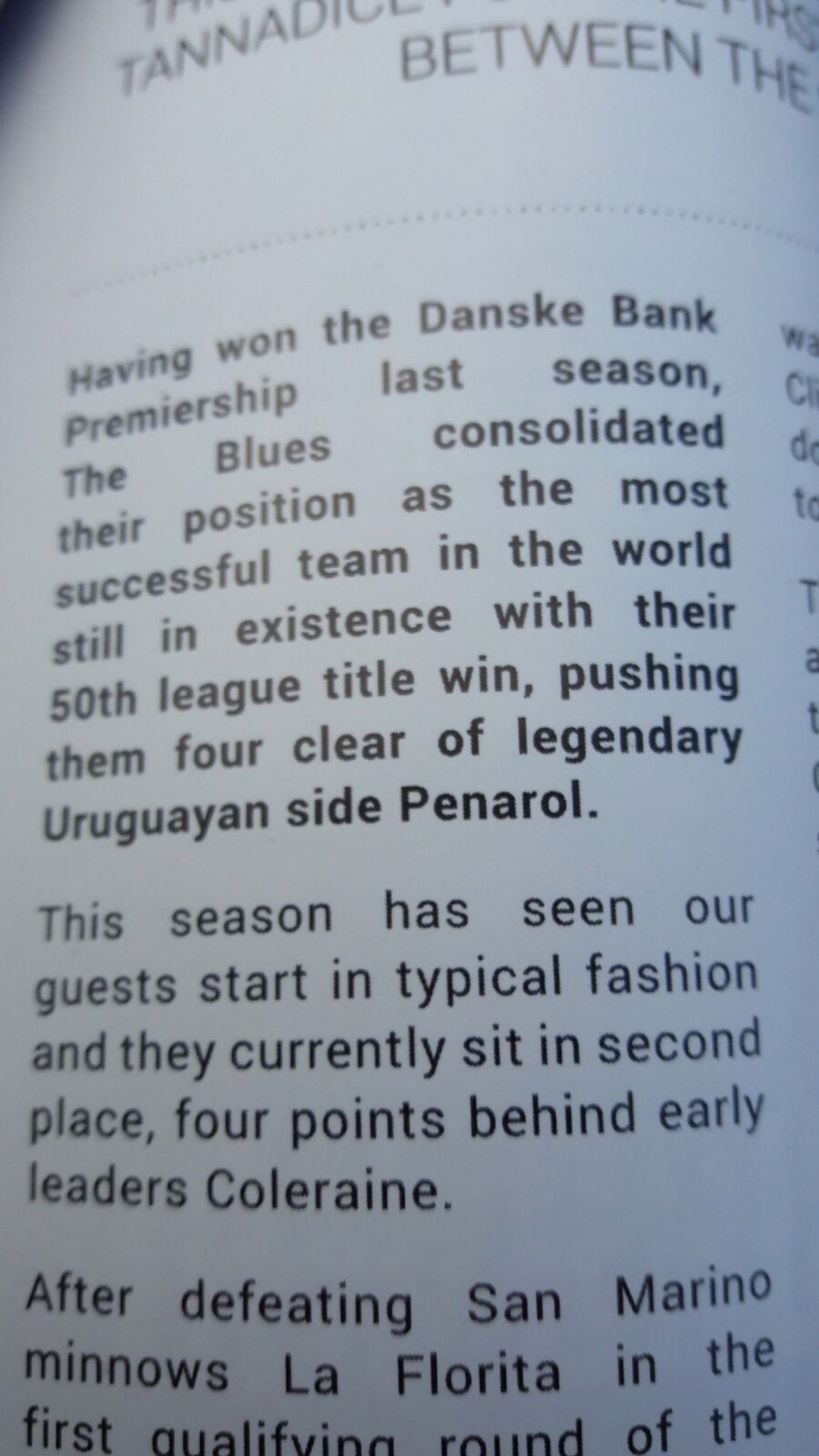