DUNDEE UNITED have this morning agreed a deal with Celtic to sign Anthony Stokes on loan for the rest of the season.

Both Hibs and Inverness Caley Thistle are also interested in taking the player on loan but have yet to reach an agreement with Celtic. It seems unlikely that Stokes will opt for a move to the Highlands so the player will have a decision to make on whether to join bottom of the league United, who Celtic play on Friday evening, or Championship challengers Hibs.

Dundee Utd manager Mixu Paatelainen has confirmed that he has spoken to the 27-year-old Irish striker about a move to Tannadice. However he does not believe that his club are currently the favourites to win the race to sign Stokes.

Stokes may prefer playing for his former club at Easter Road where Alan Stubbs’ side are on the front foot in most games as they seek to win the race for the automatic promotion spot.

Celtic will be keen to get as much of the player’s wages covered as possible so if Hibs are to get their man they will have to match the offer from Tannadice.

Manager Ronny Deila has also confirmed that despite being prepared to let Stokes go out on loan, he is not closing the door on the player having a future at Celtic.

Meanwhile Celtic are being kept informed regarding developments at St Johnstone who yesterday rejected two  tiny bids for striker Michael O’Halloran from the new Rangers club. 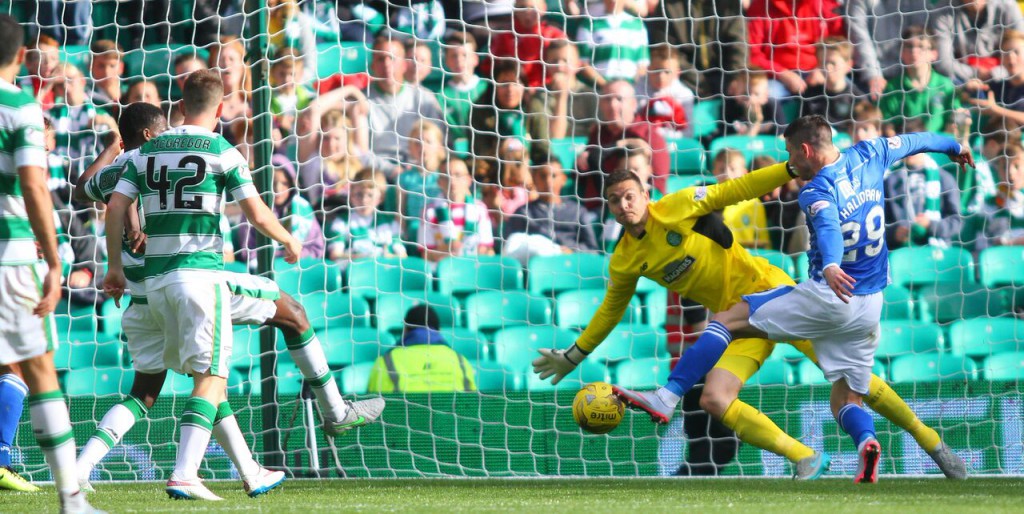 Mirroring the situation in the summer with Scott Allan, the three year old Ibrox club, submitted two ultra low bids believed to be for £110,000 and then £145,000 for the ex Celtic youth player who has 18 months remaining on his contract with the Perth club.

The 25 year old striker  has been in outstanding form this season and won  the Ladbrokes Premiership player of the month back in November. Earlier in the season St Johnstone hammered the new Rangers in the League Cup with O’Halloran being the star player on the night.

Celtic, who are also speaking to Sunderland’s Scottish international striker Steven Fletcher about a pre-contract deal for the summer, have asked St Johnstone to keep them informed regarding developments.

Last summer Hibs rejected 3 bids from the new Rangers for Scott Allan before the player opted to join the 4 in a Row Scottish Champions. The Ibrox club hoped that the fact that Allan was reported to have been a boyhood fan of the old Rangers would influence the player’s decision in their favour.  That failed and there is no similar circumstances with O’Halloran, who would jump at a move to Paradise.

The Rangers were founded in 2012 after the old club were were forced into liquidation. They began life in the fourth tier of Scottish football and their progress through the leagues was stalled in May last year when Motherwell beat them 6-1 in the play-offs.