A TOUCH of French polish put a shine on the scoreline as Celtic eased into their 76th Scottish Cup semi-final at Parkhead this afternoon.

The gallant Greenock side gave it their all, but understandably lacked much-needed puff as the holders stepped up the pace after the interval.

Moussa Dembele broke the deadlock just after the hour mark and added another from the penalty spot shortly afterwards.

His French Under-21 team-mate Odsonne Edouard, on for Scott Sinclair at the start of the second-half, battered a third high into the net to make sure Brendan Rodgers’ side were in the draw for the last four tomorrow evening.

All eyes were on new Bhoy Marvin Compper at the start and inside the two minutes he gave the home support a slight scare with a ball across the back line to Jozo Simunovic.

The Bosnian international defender looked slow to react and the ball was smuggled away at the expense of a corner-kick.

It was a lacklustre start from the holders against a Championship outfit who had clearly come to battle for every scrap of possession all over the pitch.

As you would expect from a team coached by Jim Duffy, they were well organised and were quick to pile bodies into their half when the Hoops surged forward.

On regular occasions, the Cappielow outfit had their entire team within 30 yards of Derek Gaston’s goal as they attempted to block out Rodgers’ men.

In the first-half, there could be little argument the home side were off the pace and were finding it problematic to pick the speed or the rhythm of their natural game.

With Kristoffer Ajer, Simunovic and Compper playing in a back three, Kieran Tierney was given the freedom to step up a place in the formation. 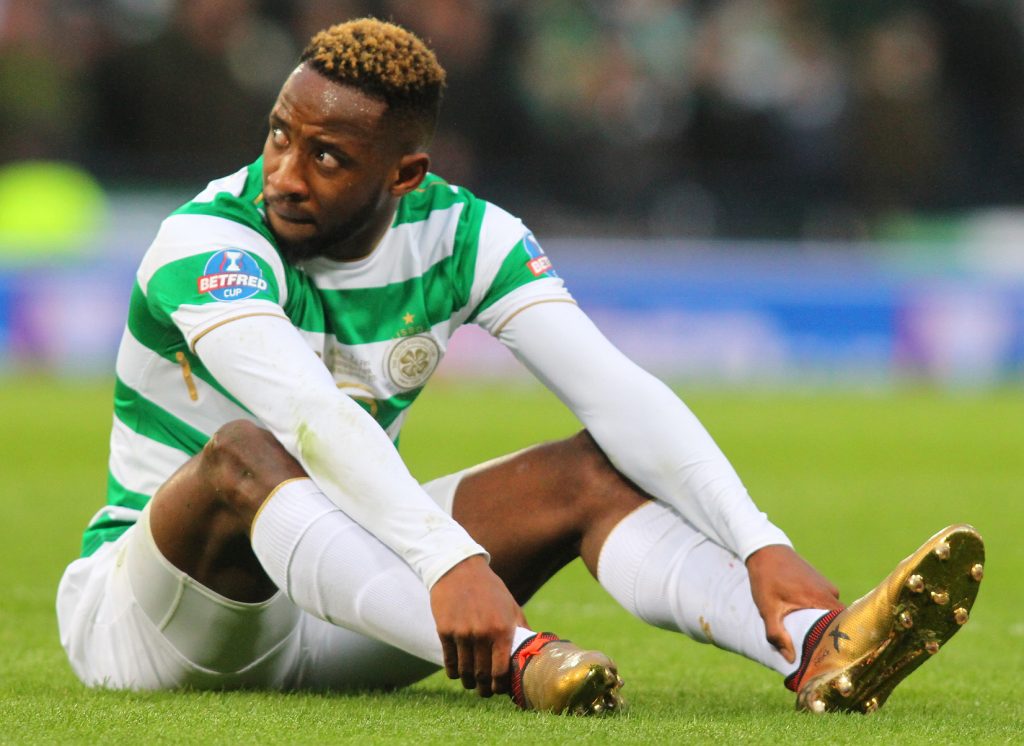 However, the Scotland international appeared strangely hesitant in taking the ball down the flank and trying to get in some crosses for Dembele to attack.

Too often, he accepted the invite to come inside into the congested middle of the pitch and the Greenock side were able to nullify the danger.

On the one occasion he decided to take the ball to the touchline, Tierney left Michael Tidser in his slipstream, but his left-foot cross was blocked and then cleared.

Meanwhile, on the other flank, James Forrest, hat-trick hero against Partick Thistle in the previous round, looked eager to get forward every time he was fed a pass by Scott Brown, Tom Rogic or Ajer.

In the 16th minute, he ran onto a neat pass from Dembele before waiting for the precise moment to curl in a cross and the Frenchman was free at the back post to send a hovering header over the frantic fingers of Gaston.

Unfortunately, the Morton defence had got back en masse again and Thomas O’Ware cleared from under the crossbar.

In the 37th minute, a teasing near-post corner-kick from Tierney on the right found Simunovic thundering into position, but he thumped a header a couple of yards wide of the target.

Rogic, last season’s Cup Final winner, sparked to life as the break approached, but he was denied twice in three minutes by the athletic Gaston.

The first came in the 39th minute when Brown released Forrest on the right and his pass inside was left-footed with power from 18 yards by the Aussie, but the visiting keeper got down well to save at his upright.

Shortly afterwards, Tierney picked out Rogic with an immaculate sweeping cross and the midfielder displayed superb technique to hit the ball first-time on the volley, but once more he was thwarted by an aware last line of defence.

Sinclair had drifted in and out of the action in the opening half and it was no surprise when he was replaced by Edouard for the second period. 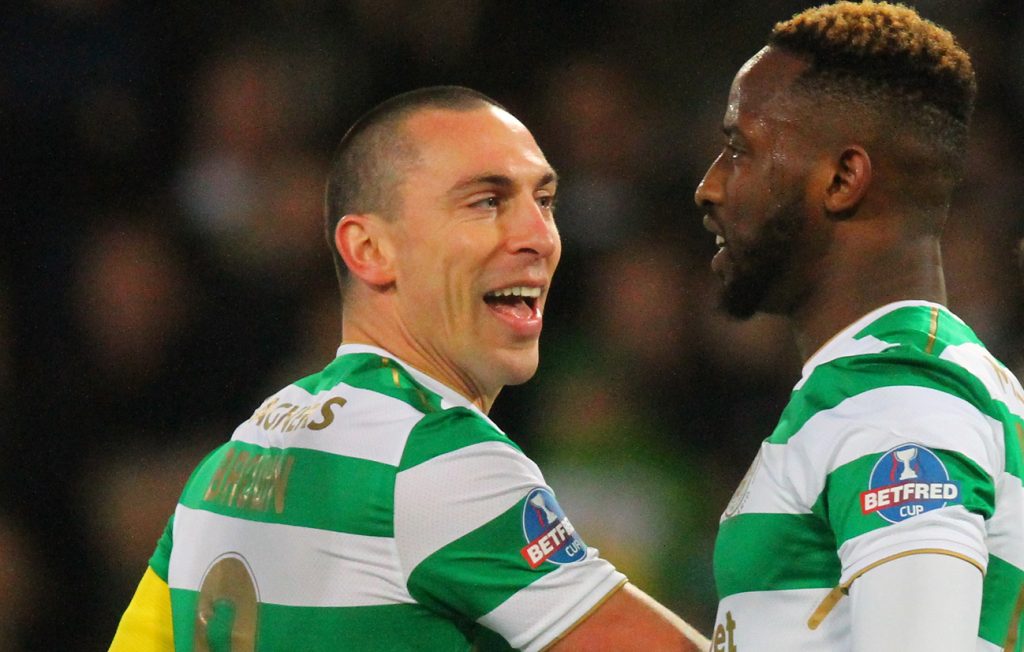 The on-loan PSG striker almost made an immediate impact when Rogic and Dembele combined to set him up, but he fluffed his touch and his shot lacked precision or pace to beat Gaston.

Moments later, he tried his luck again, but the sting was taken out of his shot by a challenging Andy Murdoch and once more the chance was lost.

There was a fright in the 54th minute when a miskick from Brown allowed Murdoch an opening on the edge of the box, but he fired wide of Dorus de Vries’ right-hand post.

Celtic had control of the possession as they dictated the flow of play, but it was one of those days when even players with a good first touch such as Olivier Ntcham was finding difficulties in bringing the ball under control.

At times, it was acting like a balloon in a storm as it created problems for the ball-players.

However, no-one was complaining in the 62nd minute when Dembele rammed home an unstoppable header from a delicate right-wing cross from Forrest.

The frontman rose about six yards out to power in an effort that hammered off the inside of the crossbar before coming down over the line behind the desperately-diving Gaston.

Eight minutes later, Dembele was bowled over by Michael Doyle and referee John Beaton had no option but to point to the penalty spot.

The French ace dusted himself down and then nonchalantly sauntered forward before banging the ball high over the keeper’s right shoulder.

In the fading moments, Edouard got the goal his play so richly deserved. Brown began the move with a sweet pass to Forrest on the right.

The winger clipped it inside to the alert attacker who let the ball run across his body onto his left foot before he walloped a wicked drive into the roof of the net.

And that was that. Boss Rodgers decided to keep Patrick Roberts on the substitutes’ bench on a cold, raw afternoon in the east end of Glasgow. Probably wise to do so.

Charly Musonda and Callum McGregor made appearances for Rogic and Compper respectively on a day where the Hoops did enough to win after a false start.

New recruit Compper? If it was the Celtic manager’s ploy to ease him into life at Parkhead then it worked a treat on this occasion. The £1million German defender hardly broke sweat before he was replaced with only seven minutes to go.

Now all eyes are on Ibrox a week tomorrow. It won’t be dull.