JORDAN STEWART struck a minute from time to give a hugely relieved Linfield a 1-0 win over the tiny San Marino minnows La Forita in the first leg of their Champions League qualifier in Belfast last night.

The goal edged David Healy’s Irish outfit closer to a meeting with Celtic in the next stage and avoided a hugely embarrassing draw which would have left the Belfast side with only a victory over Joe Miller and the Daily Record for their week’s work.

Stewart gave his side a much-needed victory after the home side were denied by goalkeeper Gianluca Vivan for much of the encounter. 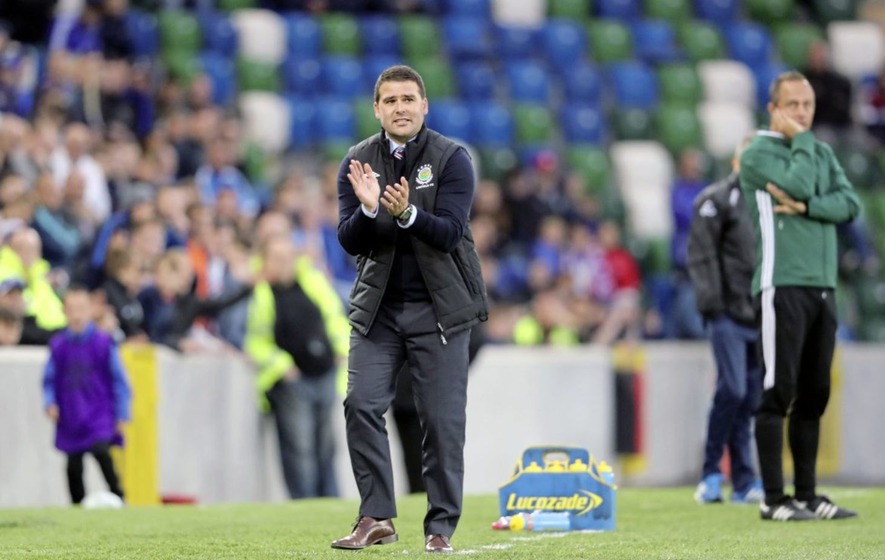 The San Marino champions had looked set to go into the second leg on Tuesday with a draw after Vivan saved a second-half penalty.

But Stewart finally broke the deadlock after coming on as a 60th-minute substitute to make his debut for the Irish title winners.

Linfield should have taken the lead after 64 minutes when they were awarded a penalty for Vivan’s foul on Stephen Lowry but the keeper saved Aaron Burns’ spot-kick.

But just as it looked as though the Belfast outfit would have to settle for a draw, Stewart rounded the keeper to slide the ball home.

With the tie in the balance prudent Celtic supporters within the traveling support are waking up this morning thinking that a trip up the mountain in Italy might be an option after all.

While it is a funny old game, it that had to happen it would be hilarious!

Also on CQN today…
CELTIC TO SWOOP
Meanwhile, we have been promoting issue 1 of the new CQN Podcast this week but for those who missed the Pilot Edition the week before this is very much worth a listen!