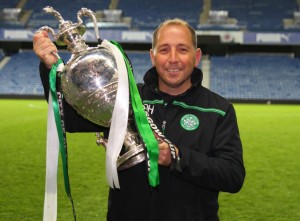 The young Hoops were two goals ahead at the interval following strikes from Michael Johnstone and Broque Watson. Shaun Bowers made it 3-0 before substitute Kieran Patrick Campbell hit a late fourth to bring down the curtain on an excellent performance.
Captain Lewis Bell lifted the trophy amid the celebrations and it was also a moment to savour for the coaching and backroom staff of O’Halloran, John McLaughlan, George McCluskey, Ryan Marshall, Scott Breddy and Danny Friel.O’Halloran said: “I’m absolutely ecstatic. Everything we asked them to do, they stuck to those tasks. Their effort and enthusiasm for the game, their desire to go and play, allied with the fact they played some nice football was very pleasing. 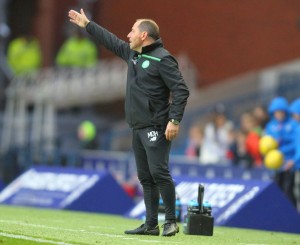 “We worked on the game-plan for a number of days, looking at it defensively and offensively, and we thought they stuck to it pretty rigidly and that showed in the result.

“We have a very young team and a number of these boys can play in the competition next season. So, it was fantastic for them to come here under pressure and put in a performance like that. It was absolutely brilliant.

“We try not to heap too much on them and to encourage them to go and play and enjoy the game.

“It will be learning curve for them and is all part of their development. It’s not often they get to play in big competitions like this in a big stadium, so fair play to them for managing to cope with that pressure.”
Here are some great images from last night’s huge victory at Ibrox for the young Hoops… 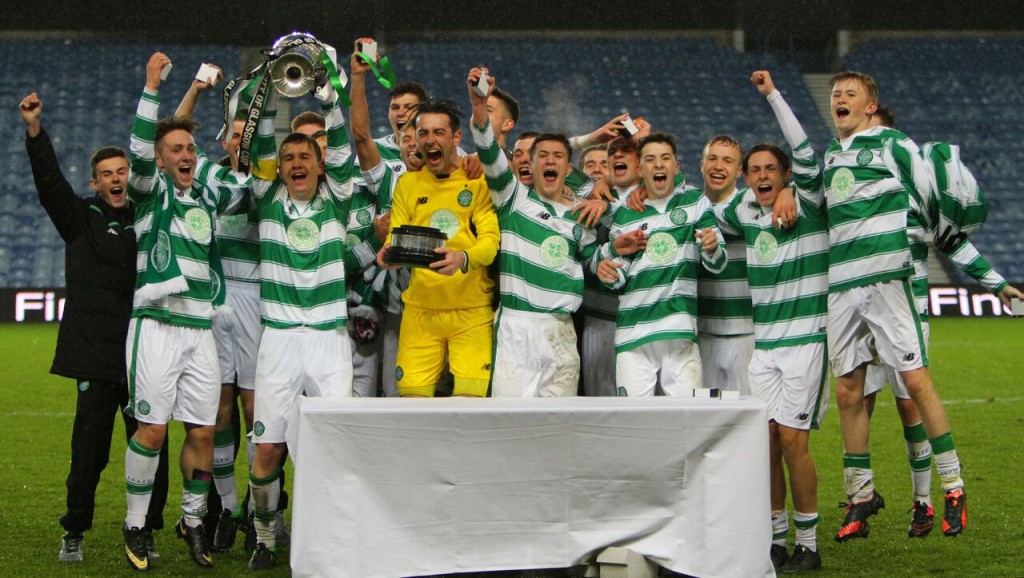 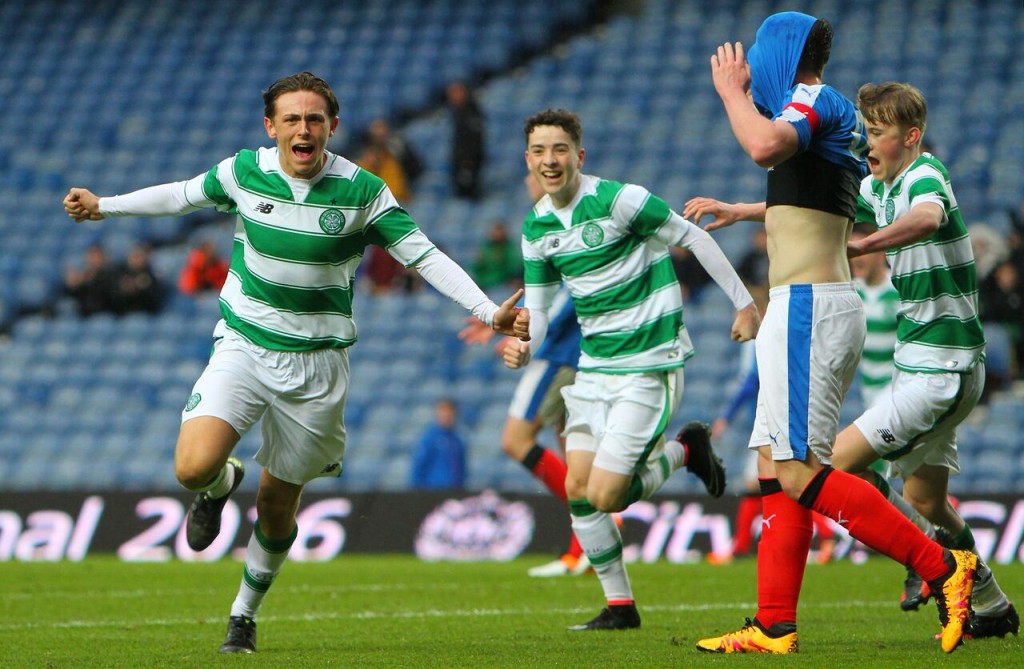 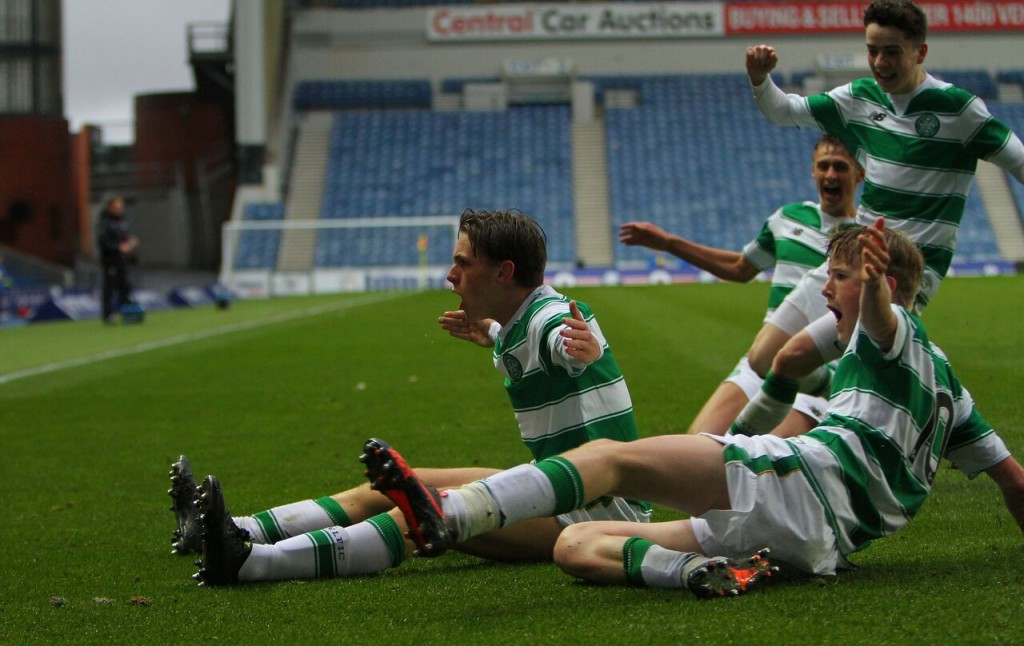 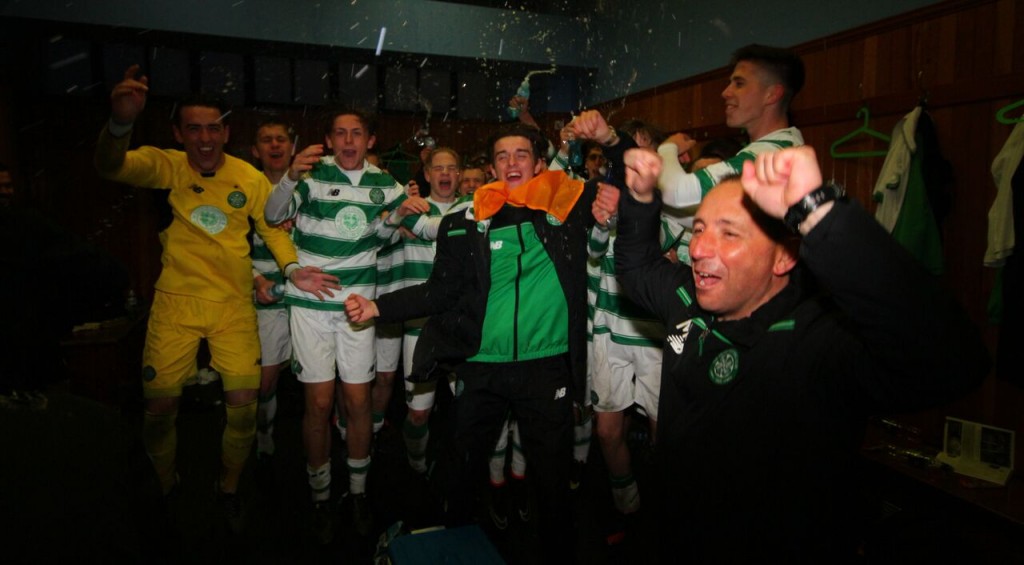 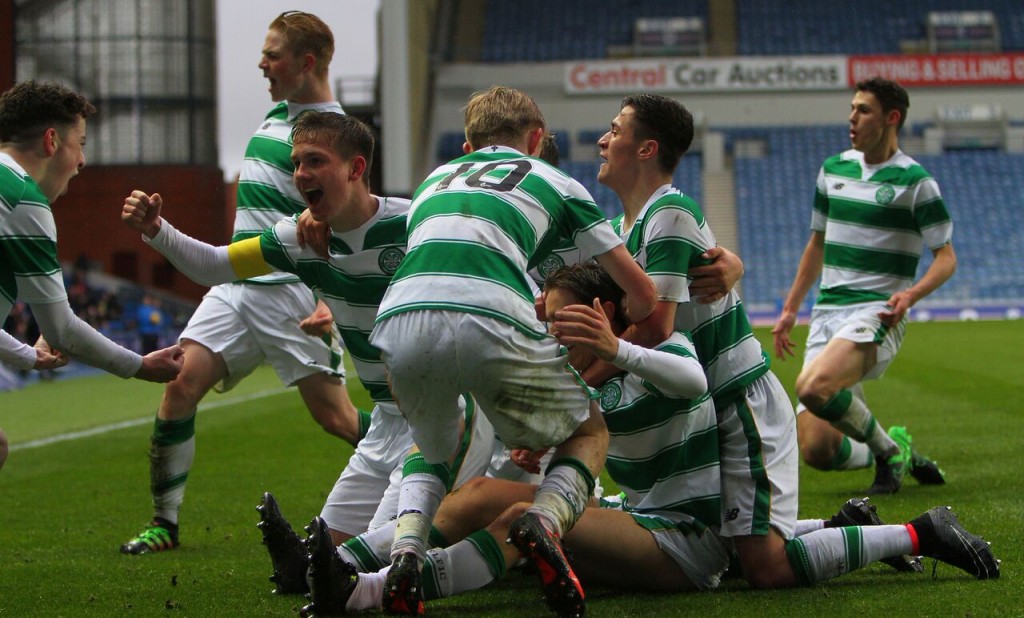 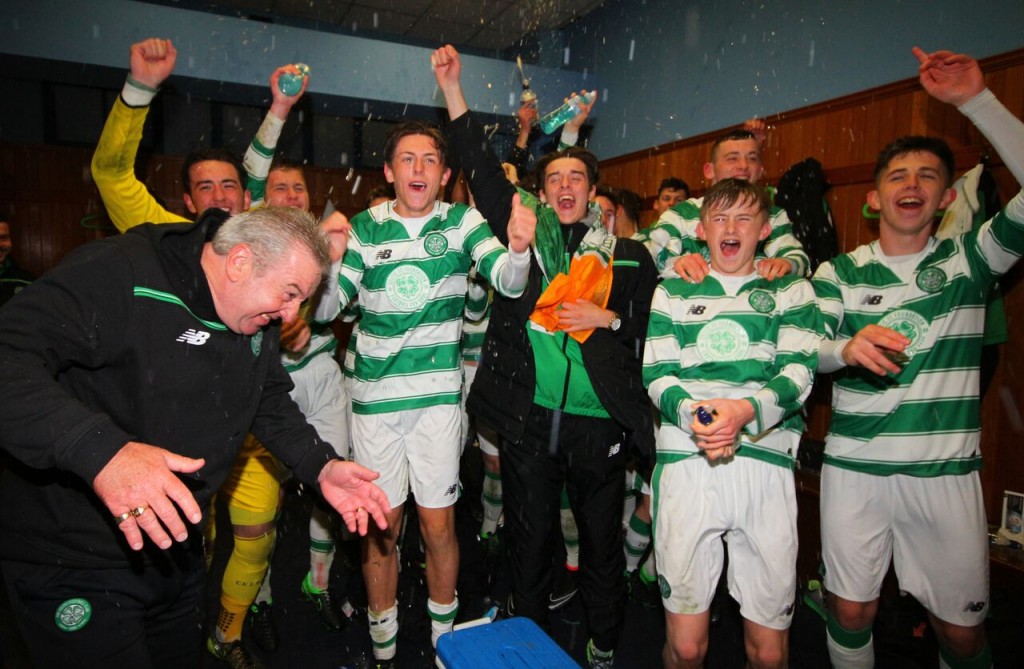 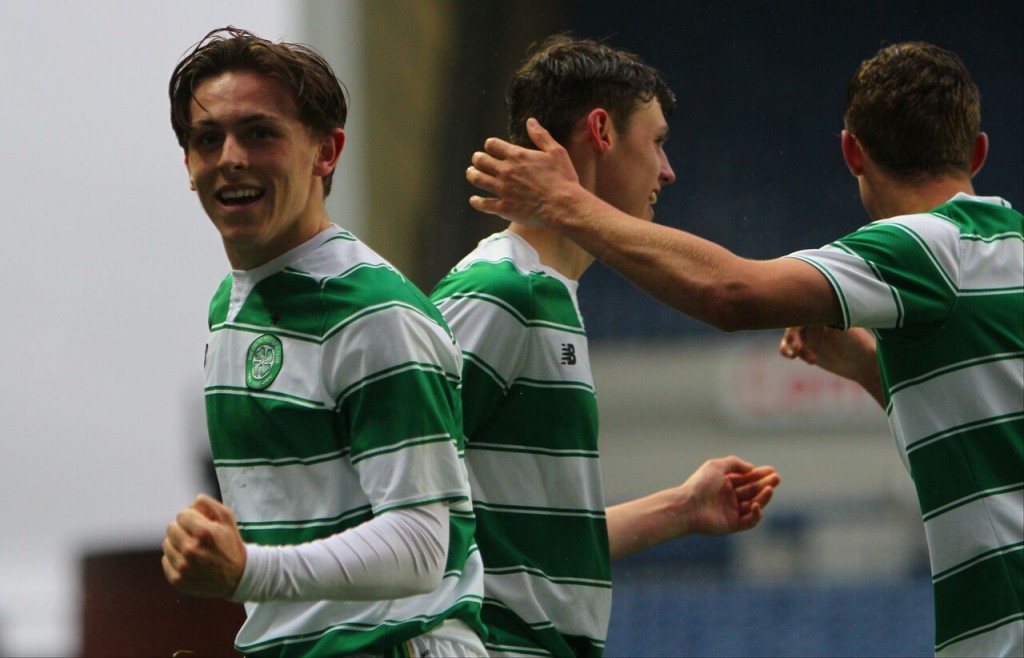 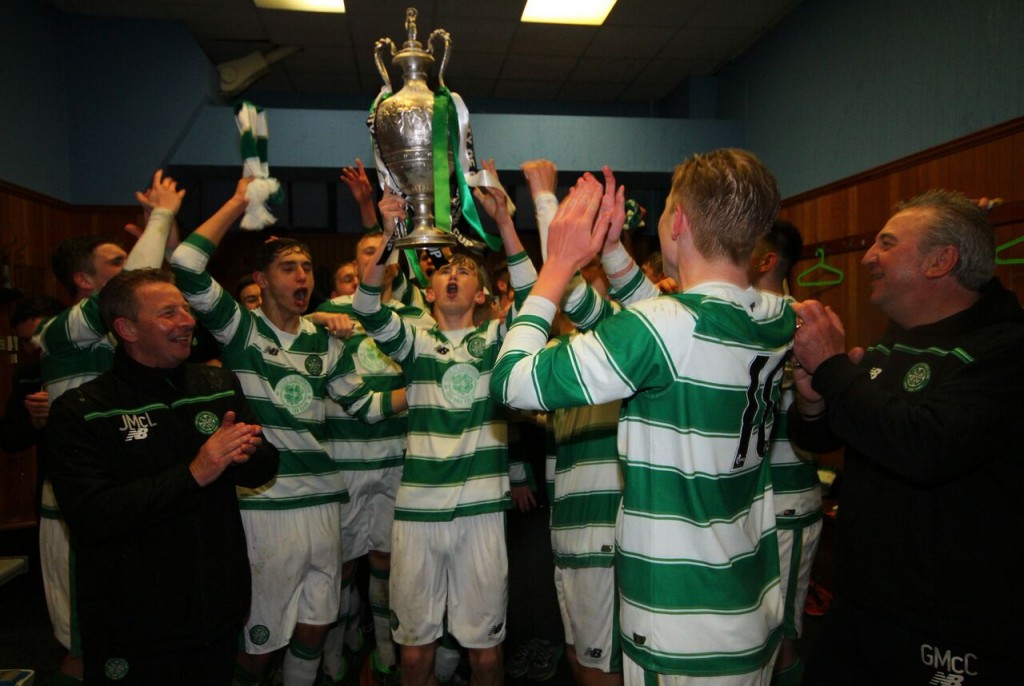 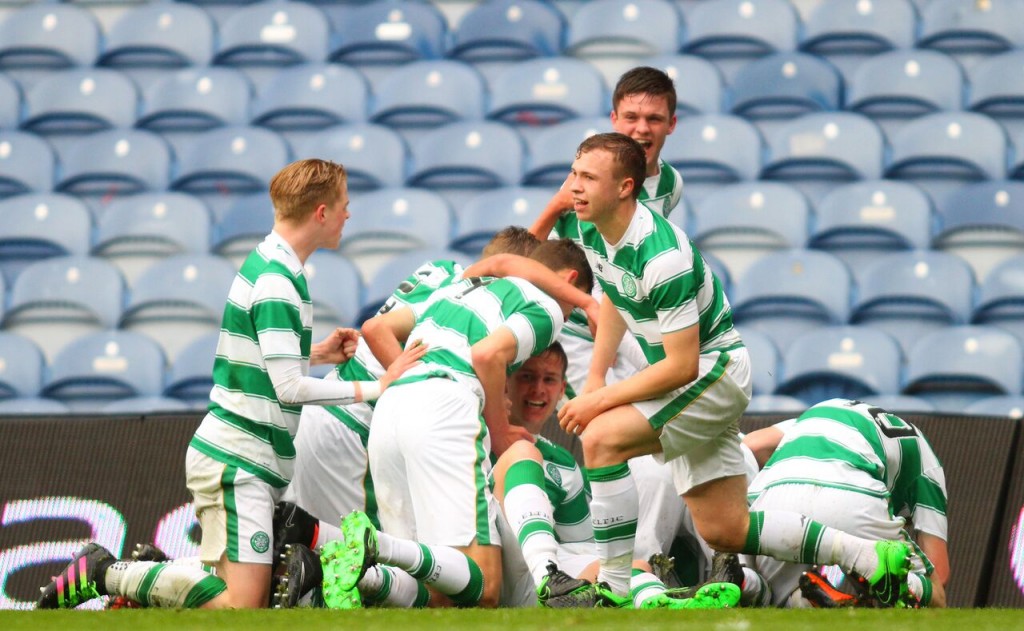 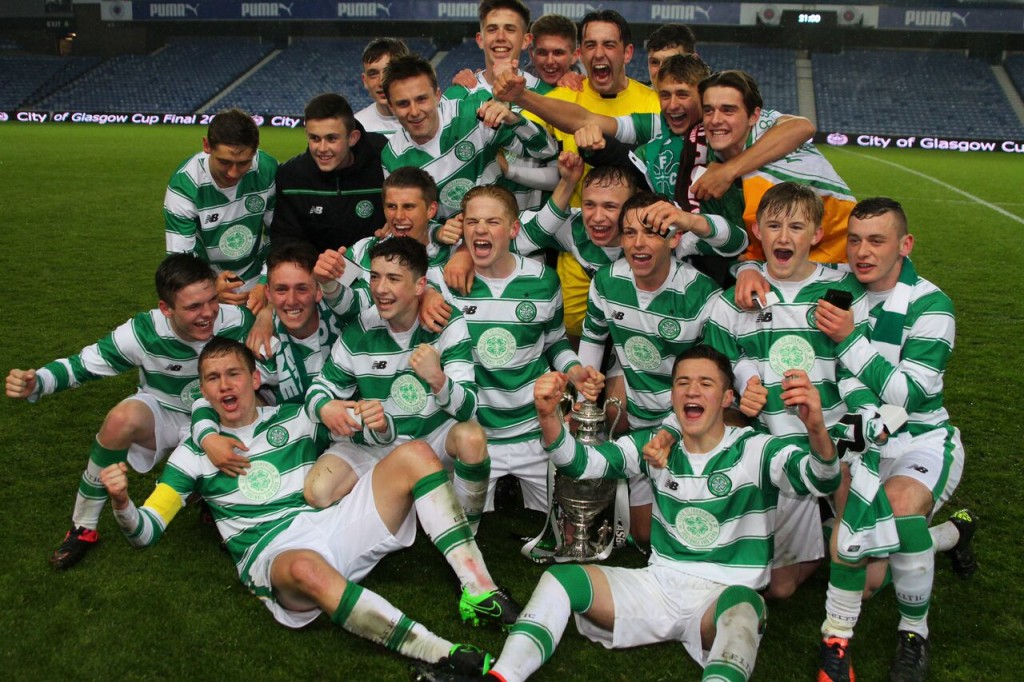 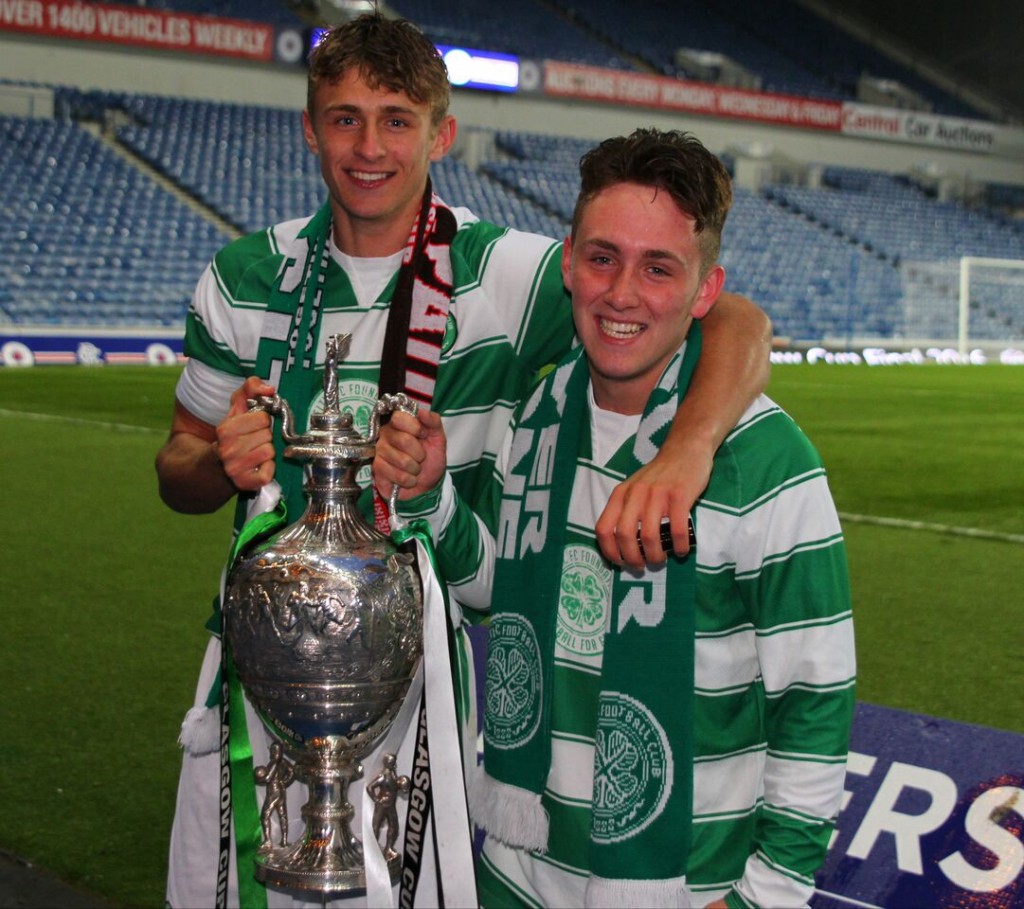 Click Here for Comments >
Share. Twitter Facebook Google+ Pinterest LinkedIn Tumblr Email
Previous Article‘Just to be absolutely sure about this, I want you all to know that I bear a grudge.’ Martin O’Neill to the Scottish hacks
Next Article GO FOR IT, PAUL,’ PETROV URGES LAMBERT