Celtic Quick News on News Now
You are at:Home»Latest News»EDDIE HOWE TIMELINE
By CQN Magazine on 24th May 2021 Latest News

EDDIE HOWE is poised to end the Celtic managerial saga in the forthcoming week – on the timeline CQN stated early last month.

The guessing game will come to a conclusion when the former Bourenmouth boss agrees the switch to Parkhead as successor to Neil Lennon who departed on February 23, only two days after a dismal 1-0 loss to Ross County in Dingwall.

Howe had his first meeting with club supremo Dermot Desmond in London almost two months ago and it has been reported there have been other meetings with the 43-year-old highly-rated coach and the double billionaire as details have been thrashed out to get the contract over the line.

Desmond, outgoing chief executive Peter Lawwell, who will leave the club at the end of June after being in the role for 18 years, and his replacement Dominic McKay were impressed by the Englishman who has knocked back offers to come back into the game following his parting of the ways with the south coast club back in August. 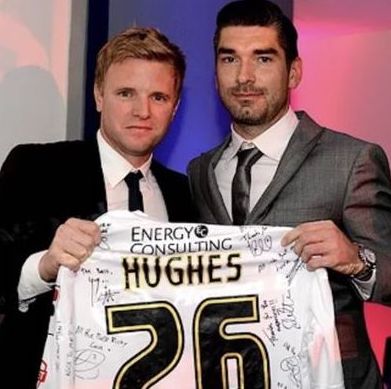 IT TAKES TWO…Eddie Howe and his trusted ally Richard Hughes.

Sheffield United made an approach after they sacked Chris Wilder in March, but they were given no encouragement by Howe or his agents.

The Englishman is eager for his former Vitaly Stadium coaches Stephen Purches and Simon Weatherstone to follow him to Glasgow and the pair can now concentrate on their long-term futures with Bournemouth’s chances of a quickfire return to the top flight ended at the weekend when they lost 3-2 to Brentford on aggregate in the two-legged semi-final play-off.

Richard Hughes, another of Howe’s closest allies, is also on the brink of quitting the south coast outfit to take up a new post at Parkhead.

Following a wretched campaign that promised so much in the summer, McKay may also unveil a new director of football as part of the backroom restructuring.

The clock is ticking.