Celtic Quick News on News Now
You are at:Home»Latest News»EDOUARD IN CUP FINAL RACE
By CQN Magazine on 7th May 2018 Latest News

ODSONNE EDOUARD is facing a race against time to be fit for Celtic’s Scottish Cup Final against Motherwell at Hampden on May 19.

The French striker limped out of the 3-1 victory over Hearts at Tynecastle yesterday and is now a major doubt for Brendan Rodgers.

The Hoops boss is anxious the 20-year-old on-loan Paris Saint-Germain attacker may have pulled a hamstring.

That could sideline Edouard for the remaining three games of the campaign, including the midweek Premiership encounter against Kilmarnock and Sunday’s title party against Aberdeen, both games at the home of the champions. 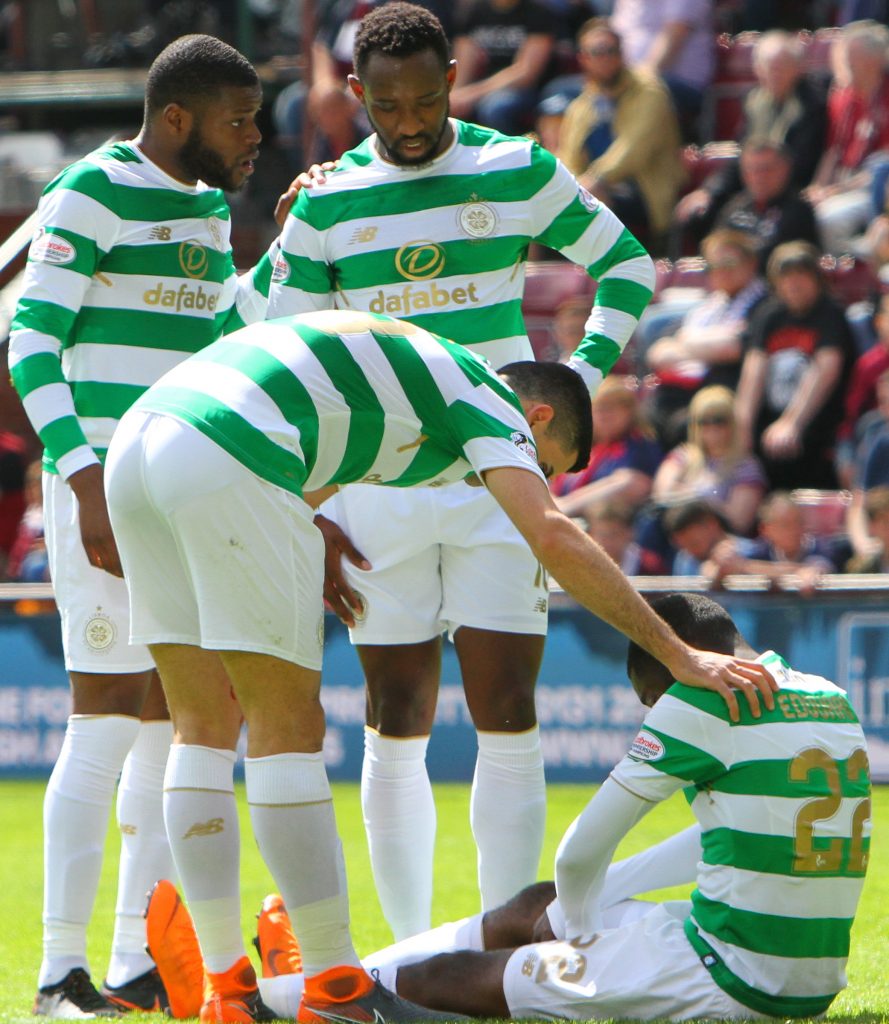 Rodgers said: “It looked like a hamstring, so we’ll need to assess it.

“It would be a real shame if he was ruled out. He’s been brilliant for us as he’s developed and improved.

“If it’s a hamstring it would end his season. Odsonne’s injury meant we had to take Moussa Dembele off as a precaution.”

Rodgers revealed after the victory in the capital that Leigh Griffiths had to be left out of the squad as he had been ill for a few days.

The skilful youngster has won over the fans with his fabulous winning strike in the 10-man Hoops’ 3-2 triumph at Ibrox in March and he followed that up with two excellent goals in the 5-0 destruction of the Govan outfit nine days ago.

He has already stated he would love to remain in Paradise.