NEIL LENNON is refusing to rush Odsonne Edouard as he prepares for Sunday’s Betfred League Cup Final at Hampden.

The charismatic French Under-21 international striker has missed the last three games against Rennes (3-1), Ross County (4-1) and Hamilton Accies (2-1) after sustaining an injury “niggle” following the 4-0 victory over Livingston last month.

Lennon revealed Edouard will NOT be involved in onfield work at Lennoxtown today as he continues his rehab before the silverware shoot-out with Steven Gerrard’s Ibrox side at the national stadium as the champions  look to pick up their TENTH successive domestic honour.

The Hoops gaffer, delighted with Scott Brown’s late winner in the 2-1 triumph over Hamilton Accies, told the Daily Record: “While he’s not training tomorrow, he’s going to do some work with the physios and we’ll take it from there.

“We’ve been monitoring Odsonne day to day and we’re giving him every chance.” 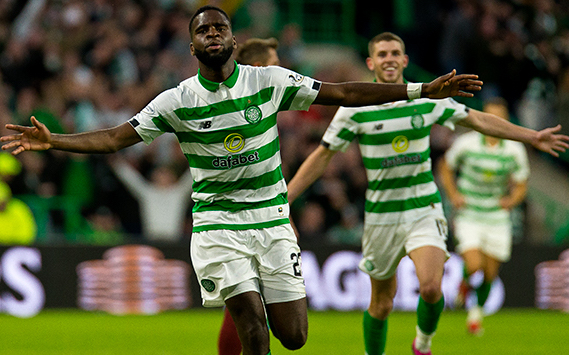 Lennon, reflecting on last night’s win, added: “I’m delighted and we can park that now and look forward to Sunday. We’re in great form, that’s 11 wins in a row, so all the juices and all the instincts will be kicking in over the next few days.

“We’ll be really motivated and really up for it.

The eight-in-a-row champions got in the mood for the Sunday showdown by moving two points clear at the Premiership pinnacle following the victory over Accies where Ryan Christie claimed his 17th goal of the campaign.

At the same time, the Govan outfit blew a two-goal lead against the Dons and survived a few scares before managing to hang on for a point.