Celtic Quick News on News Now
You are at:Home»Latest News»EDOUARD: NEW PROBLEM
By CQN Magazine on 6th May 2021 Latest News

CLUBS pursuing Odsonne Edouard in the summer have been hit by a dilemma.

The French striker, who is poised to quit Celtic in the summer following an indifferent season, WILL be wanted by his country for the Olympics in Japan, according to a report in the Scottish Sun.

As it stands, Edouard is due to miss the Hoops’ opening Champions League qualifying round due to clashes with games in Tokyo.

The 23-year-old frontman, who only has 12 months left to run on his contract, will be AWOL when the second-round qualifiers are played on July 20/21 and 27/28 as France face group games against Mexico, South Africa and Japan on July 22, 25 and 28.

The knock-out phase then runs from July 31 to August 7, meaning Edouard would be likely to be unavailable for even more of Celtic’s Euro ties.

The Champions League third round is on August 3/4 and August 10, with Europa League qualifiers scheduled for the same week  – if the Hoops drop out of the elite competition. 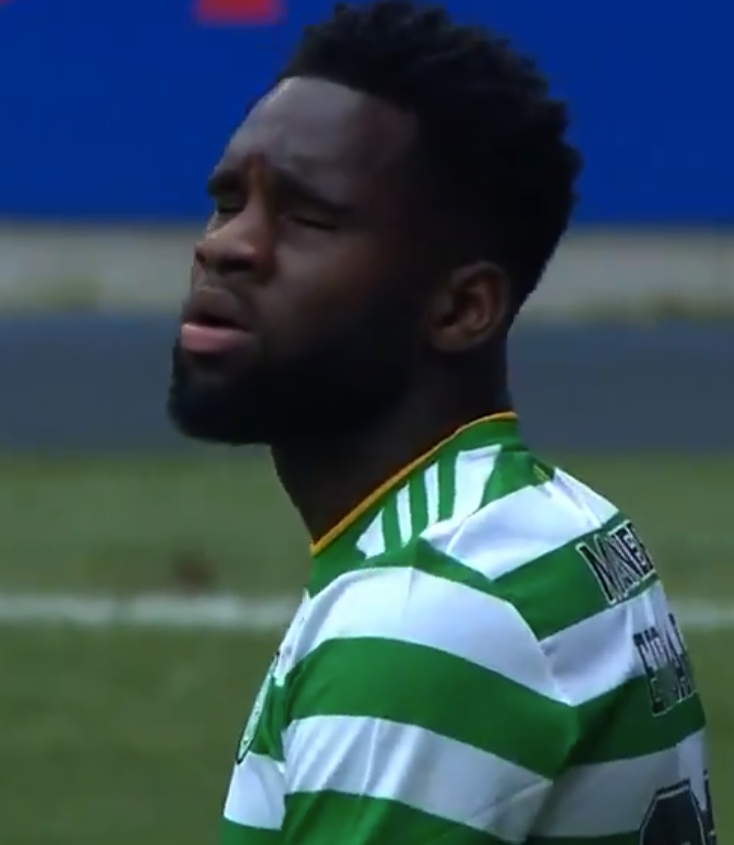 UNHAPPY BHOY…Odsonne Edouard winces after a miss at Ibrox.

The Olympic Games schedule could hinder any of the player’s suitors with FIFA’s latest transfer listing indicating the UK summer window will open on June 9 and run to August 31.

Play-offs for the Champions League and Europa League start in the week of August 17.

Would-be buyers – with Brendan Rodgers’ Leicester City reported to be among them – are likely to want the hitman, who has scored 21 goals this season, to join them at the earliest opportunity.

On the other hand, the new Celtic regime may want to hold off any possible transfer moves for their hottest property, who cost a club record £9million when he joined from Paris Saint-Germain in June 2018, to maximise their chances of success on the European qualifying front.

Edouard is due to meet up with the France Under-21s immediately after the Hoops’ final league game against Hibs at Easter Road on May 15.

His nation have a European Championship quarter-final against Holland on May 31, with the semi-final and final in the same week.

There could be further delays with Covid quarantine rules putting Edouard out of action upon his return from Japan.