Celtic Quick News on News Now
You are at:Home»Latest News»EDOUARD ON THE BRINK
By CQN Magazine on 2nd March 2020 Latest News

ODSONNE EDOUARD is on the brink of a bumper new deal at Celtic.

The charismatic French striker, who has claimed 27 strikes this season, is in talks with the Hoops about extending his contract that expires on June 2022.

Edouard has been linked with a record transfer in the summer as big-money clubs circle Parkhead on the look-out for a consistent marksman.

The 22-year-old fans’ favourite, who cost £9million when he arrived from Paris Saint-Germain in June 2018, has consistently insisted he is happy at the Scottish champions and is in no rush to go anywhere. 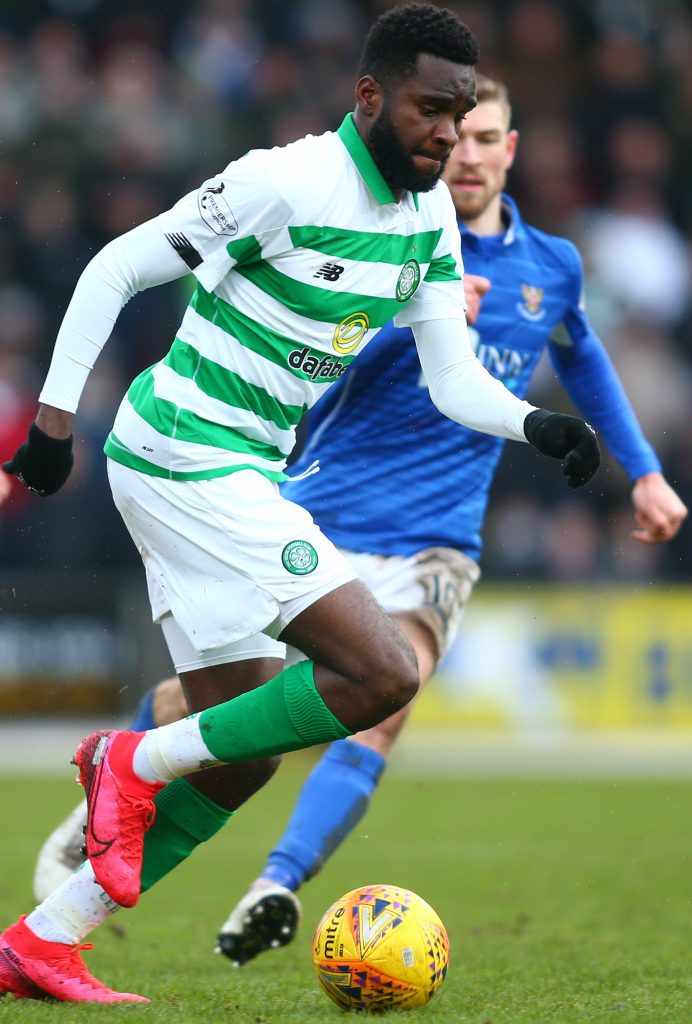 SAINTS AND WINNERS…Odsonne Edouard on the ball during Celtic’s 1-0 success in Perth.

According to a report in the Daily Record, the Hoops hierarchy have been in dialogue with the player’s representatives in an effort to keep him at the club beyond his current deal.

Edouard has been a massive player for the champions since stepping up to lead the charge following the abrupt £19.8million departure of his countryman Moussa Dembele to Lyon just a couple of months after he had made his switch to Glasgow permanent following his impressive season-long loan.

He kept an excellent season last time out by hitting the double against Hearts in the Scottish Cup Final on May 25 that brought the club a historic treble treble.

Now Edouard has his sights on the phenomenal quadruple treble – and the club are poised to reward him.