Celtic Quick News on News Now
You are at:Home»Latest News»EDOUARD: POSTECOGLOU ‘HAS TO BE RUTHLESS,’ INSISTS CELTIC HERO
By CQN Magazine on 3rd July 2021 Latest News

ANGE POSTECOGLOU must take a hard-line stance with Odsonne Edouard as the minutes tick down to a new season.

The new Celtic boss will have to seriously consider BANNING the Frenchman from his team’s preparing to come right back from the disappointments of the last campaign as the team limped through a dismal term without silverware for the first time in 11 years.

Former Hoops frontman Chris Sutton insists Edouard cannot be a bad influence with the opening tie against the Danes of FC Midjytlland due at Parkhead in 17 days’ time.

The 23-year-old forward who cost a club record £9million when he arrived from Paris Saint-Germain in June 2018 was linked with a move away from the nine-in-a-row champions last summer and some of his performances during the season left a lot to be desired. 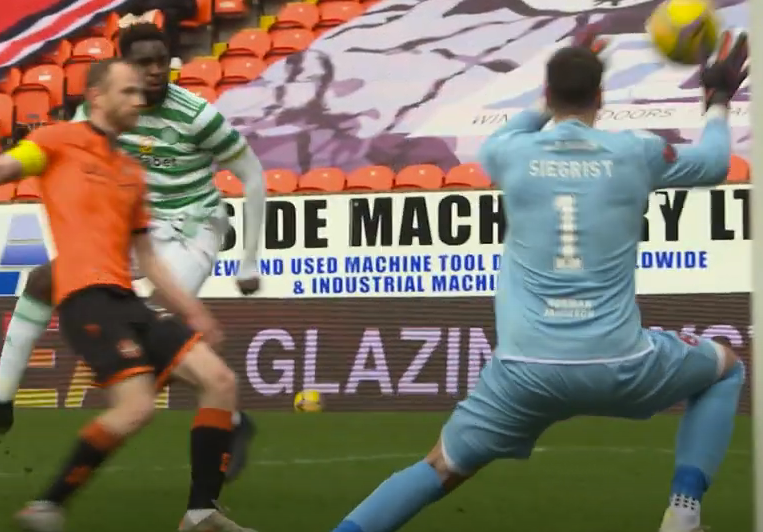 HIT AND MISS…Odsonne Edouard sees a shot pushed away by Dundee United keeper Benjamin Siegrist in the goalless stalemate at Tannadice on March 7 – the day Celtic’s nine-year domination of Scotland came to an end.

Edouard scored a hat-trick in the 5-1 victory over Hamilton Accies on Flag Day at the Premiership’s kick-off on August 2, but it took him until December 30 before he claimed another goal from open play when he netted in the 3-0 win over Dundee United. That took his tally to seven with the other three strikes coming via the penalty spot.

Sutton pulled no punches as he said: “Ange Postecoglou has only two ways to deal with Odsonne Edouard

“And Celtic ’s board need to back his decision 100 per cent.

“The first is to sit him down, tell him to get his mind fixed on the crucial opening weeks of the season and to show that he’s worth the move he might be expecting to get.

“The second is to keep him far away from the pre-season training camp in Wales and out of sight of his Hoops colleagues.

“Postecoglou needs players with him. He needs everyone on board. His job is hard enough without having anyone who isn’t prepared to get completely behind him. 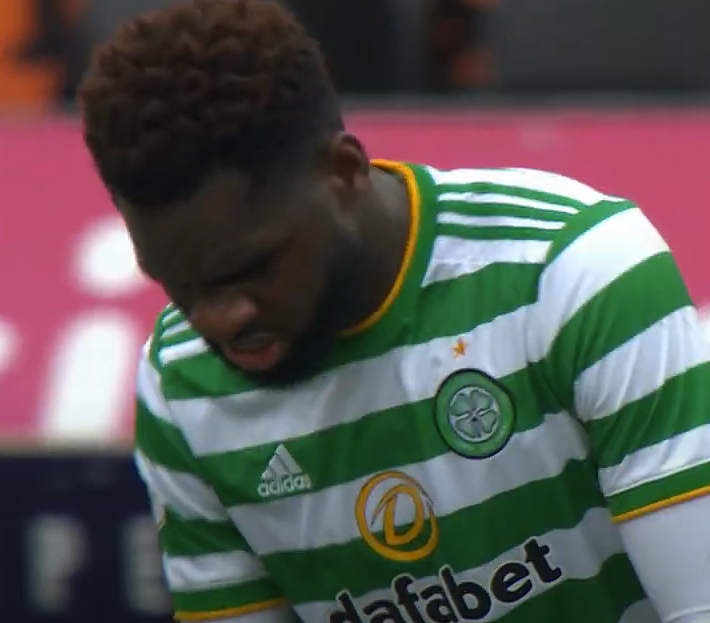 CRESTFALLEN…Odsonne Edouard is disappointed after another effort goes astray.

“I’m not stupid. I realise it’s unlikely Edouard is going to be part of the long-term plans.

“Celtic simply cannot afford to let his contract run down and have him walk out of the door for nothing with double-digit millions available. And there seems little sign of him signing a new deal to protect the fee.

“That puts Postecoglou in quite the position, but he has to be ruthless and set out his stall. And the board have to support whatever decision he makes.

“If Postecoglou doesn’t feel Edouard’s mind is on the job or he’s thinking about his move away, he shouldn’t have him within 100 miles of the training camp in Wales.”

The one-time England international forward continued: “Other players can sense it. They can smell it. They know if someone wants out and it can have a negative effect on the group. Very damaging.

“Postecoglou can’t allow the rest of the squad to see he’s prepared to accept that.

“If Edouard gives off that vibe, make him train on his own at Lennoxtown and get him sold. 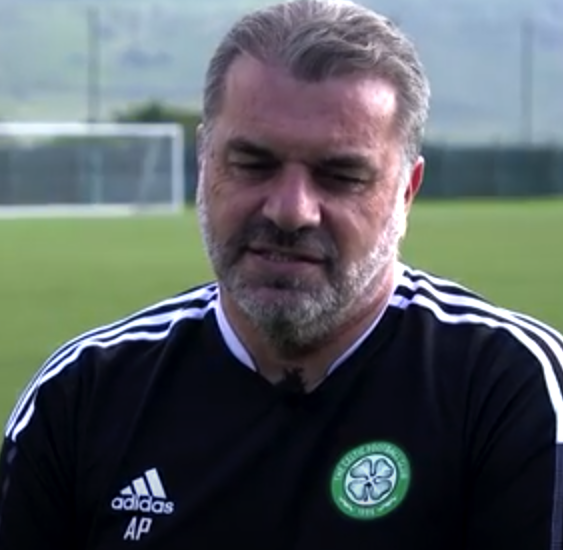 QUESTION MARKS…Ange Postecoglou has some hard decisions ahead.

“That’s where the board comes in. No hanging about trying to haggle for the best price. No dithering or messing about.

“Get him out of the door, get the money in and give the manager a chance to get someone as a replacement.

“It doesn’t have to be that way, of course. Edouard can have a different approach. He has been pictured at Lennoxtown in recent days working away and Postecoglou needs to find out exactly where his head is at.

“Before the transfer window closes at the end of next month, Celtic have all of their qualifiers for the European competitions and Premiership matches, including a vital trip to Ibrox to face Rangers.”

Sutton, speaking to the Daily Record, added: “Without Edouard, the 55-year-old has got Leigh Griffiths and Albian Ajeti up front plus maybe a new arrival who won’t have bedded into the squad.

“The Frenchman could do the club and the manager a big favour by knuckling down, being super fit, ready to go and delivering in those crucial initial matches for the manager.

“And let’s get one thing straight, it’s as much for his own benefit as it would be for the team. This is a two-way street. MAKING HIS POINT…Chris Sutton celebrates another goal for Celtic with John Hartson about to join in.

“Edouard may have clubs lined up left, right and centre, but, at this moment in time, no-one is banging down Celtic’s door to get a deal done.

“Given his performances last season where he fell off a cliff, I’d imagine some buying clubs are having reservations.

“Let’s face it, everyone assumed Brendan Rodgers was going to take him to Leicester.

“But that’s looking like a no-go after the former Celtic gaffer splashed out £23million to sign another frontman in the shape of Patson Daka from Austrian side Red Bull Salzburg.

“Edouard might be finding that some buyers are having doubts, so if I were him, I’d come flying into the new season.

“I’d be trying to smash the goals that get Celtic into the Champions League group stage and off to a flying start in the Premiership.

Then I’d be standing in the closing days of the window, saying: ‘There you go, here I am. That is what I can do and I’m back at my best with the right attitude. Come and get me’.

“These are the choices facing Edouard as well as Postecoglou and you get the feeling the boss might make the right call.”