Celtic Quick News on News Now
You are at:Home»Latest News»EDOUARD REVEALS ALL IN Q&A
By CQN Magazine on 20th February 2020 Latest News

ODSONNE EDOUARD has opened up on life at Celtic in a frank question-and-answer feature with Virgin Media Sport.

The fans’ favourite talks of why he decided to come to Glasgow, the thrill of playing at Celtic Park, what European nights mean to him and how the Hoops supporters inspire him to give his best.

Here is the interview:

QUESTION: What attracted you to Celtic?

ANSWER: “I decided to leave Paris because I felt it was the right time for me. I needed game time and to find a new project, so I decided to come to Celtic.

“The manager, Brendan Rodgers, contacted my agents and that was when I decided to go to Celtic. I talked quite a lot to Moussa (Dembele) and Oliver (Ntcham) before coming. They explained how the club works and they immediately convinced me, so I came here.”

QUESTION: How important is it to play in Europe?

ANSWER: “It’s very important for me and my development. I came here to play European football, too, as those matches are interesting to play in and I know they are important to the team. I always give 100 per cent in every European match and I hope we’ll go as far as possible this year.”

QUESTION: Describe the feeling of playing at Celtic Park.

ANSWER: “It’s something incredible. When we go home after it’s been an unforgettable night. And when we play at Celtic Park on a European night, I really enjoy the atmosphere. I really appreciate what the fans do and I hope it continues that way. 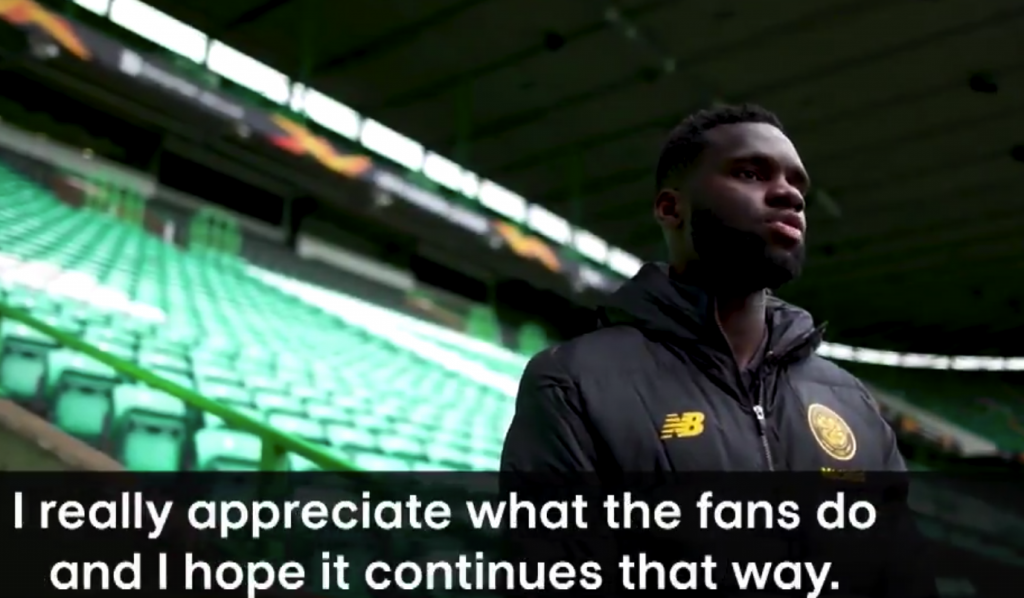 “Their support is very important because it gives us lots of motivation. It pushes us to excel ourselves on the pitch”

And the most expensive player in the club’s history, who cost £9million when he arrived from Paris Saint-Germain on a permanent deal in JUne 2018 after an impressing season on loan, will be hoping to add to his 24-goal haul in the Danish capital tonight.

It looks likely the flamboyant frontman will be handed the sole striker’s role in Neil Lennon’s set-up with his partner Leigh Griffiths injured and the Hoops boss about to switch his formation again. 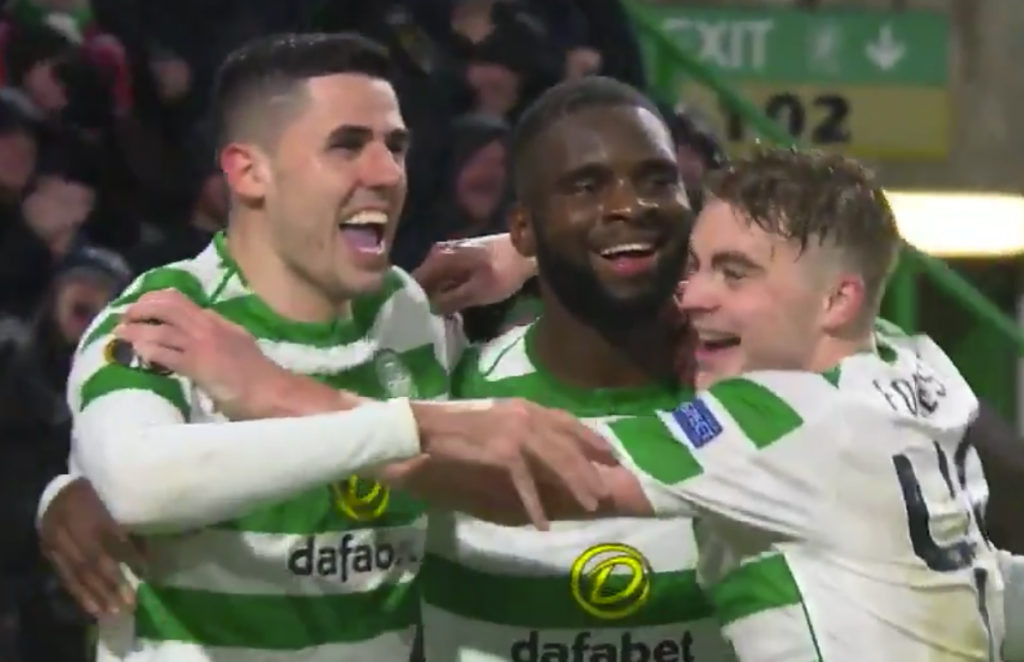 Either way, the 22-year-old forward will give FC Copenhagen problems in the last-32 encounter with the return leg at Parkhead a week tonight.

This time last year, the Hoops toppled out of the competition on a 3-0 aggregate score against Valencia, but, after losing just once on the road in seven games this season, there is real optimism for the team – and Edouard – to make progress on this occasion.