Celtic Quick News on News Now
You are at:Home»In Pictures»EDOUARD TAKES THE FREEWAY: WORDS AND IMAGES OF THE SEASON: FEBRUARY (Part Five)
By CQN Magazine on 10th April 2020 In Pictures

The club’s French talisman tucked away another exquisite finish in the 5-0 trimph over St Mirren at Parkhead on Saturday March 7, the last time the Hoops were in action before the coronavirus lockdown with only eight league games to play and the champions, 13 points clear at the top, zeroing in on their ninth successive crown.

It was Edouard’s 28th strike of a prolific campaign and the elegant frontman has claimed 62 goals for the Hoops since arriving initially on a season-long loan switch from Paris Saint-Germain in the summer of 2017. 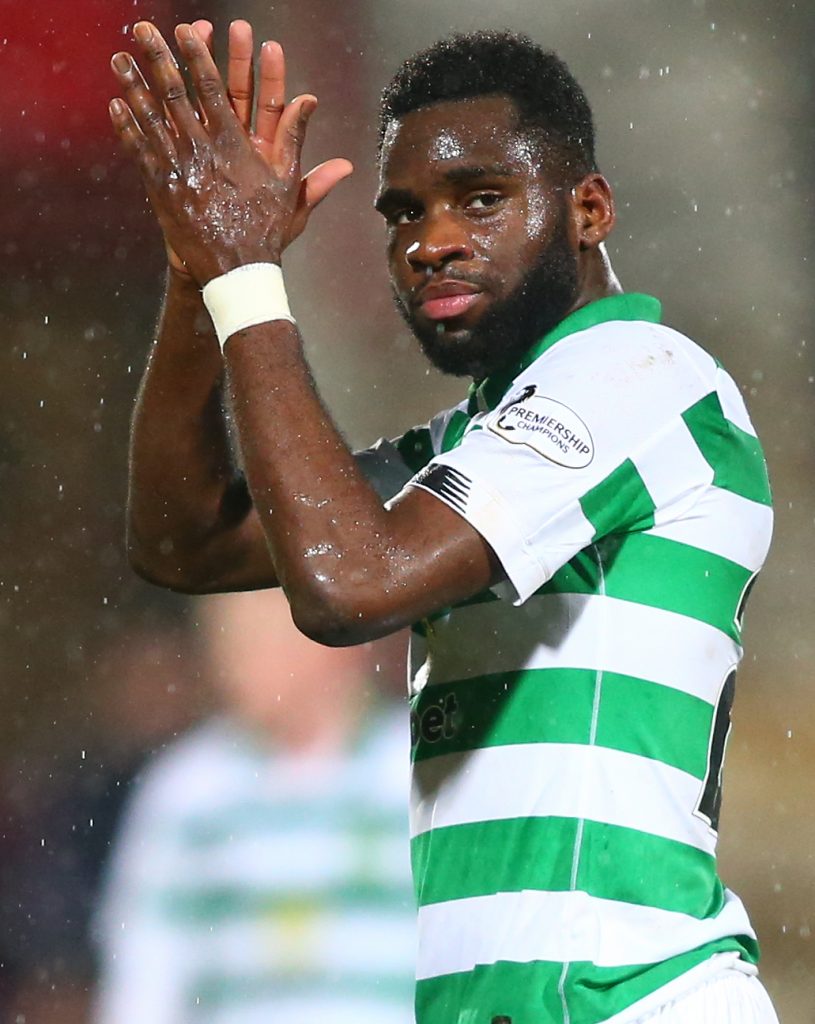 The flamboyant attack-leader demonstrated his deadball skills in back-to-back victories that pushed Neil Lennon’s side to six crucial points in the race for the title.

On Sunday February 2, Hamilton Accies, a goal ahead at the time, were on the receiving end when Edouard clipped in a glorious free-kick that inspired the champions to a 4-1 win and, three days later, it was Motherwell’s turn to be devastated by the player’s finshing power in a 4-0 romp at Fir Park.

CQN‘s photographers were on the spot to capture Edouard’s awesome technique on both occasions. 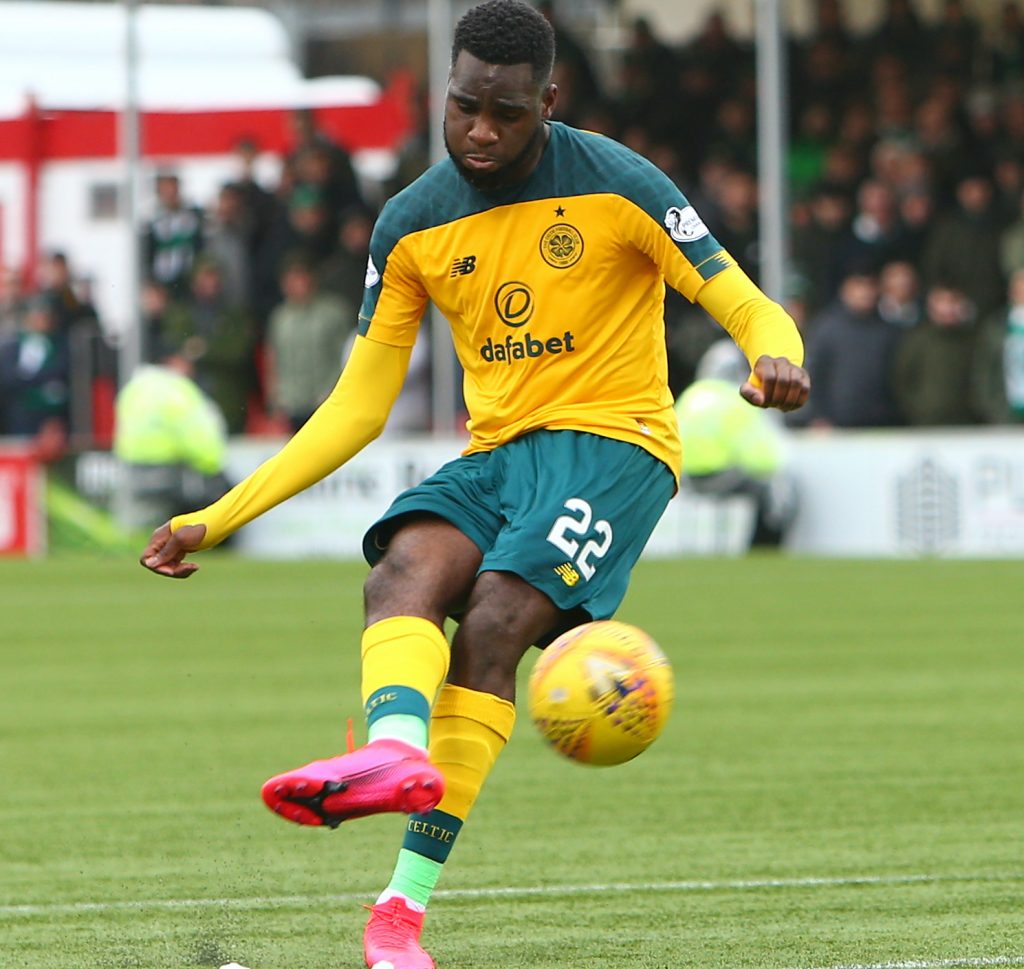 BY THE RIGHT…Odsonne Edouard is a study in concentration as he sweeps the ball goalwards. 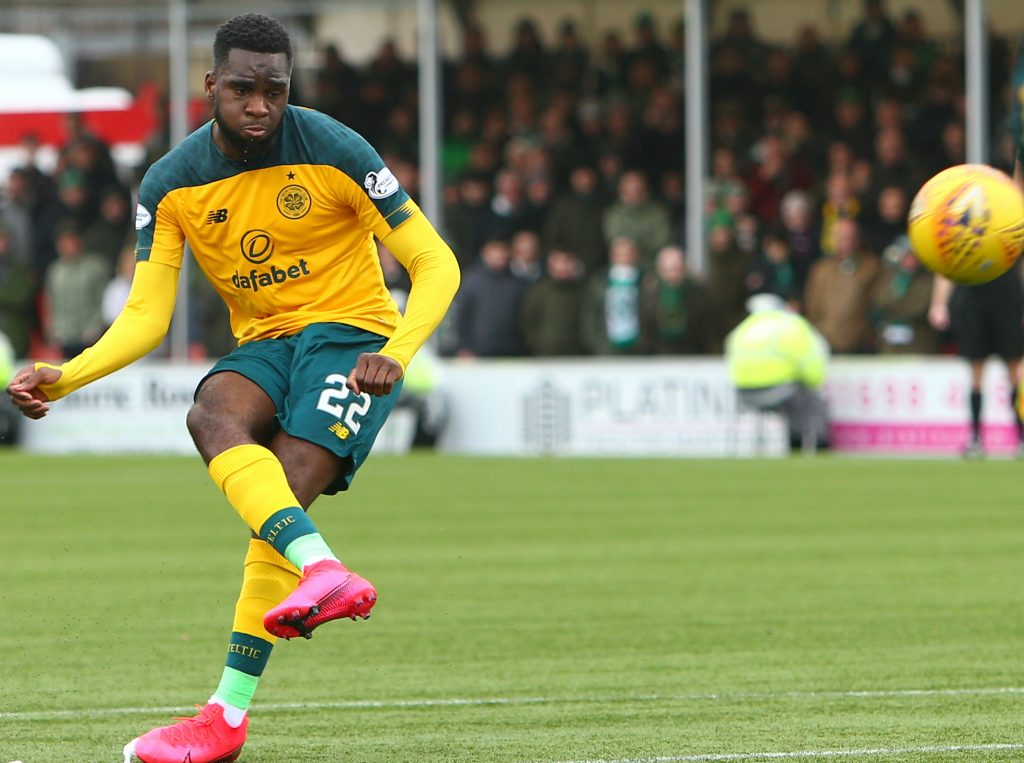 ON ITS WAY…the ball zooms in on the target. 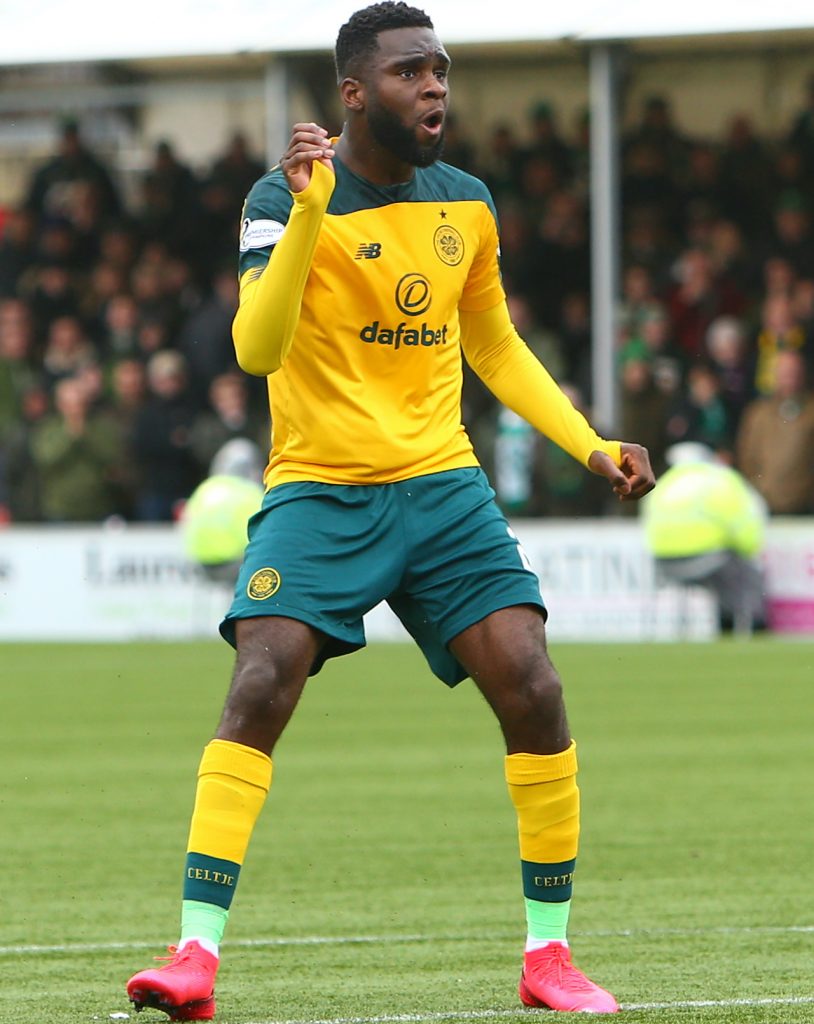 WAIT FOR IT…Odsonne Edouard watches as the ball sails towards a vulnerable spot in the Hamilton Accies net. 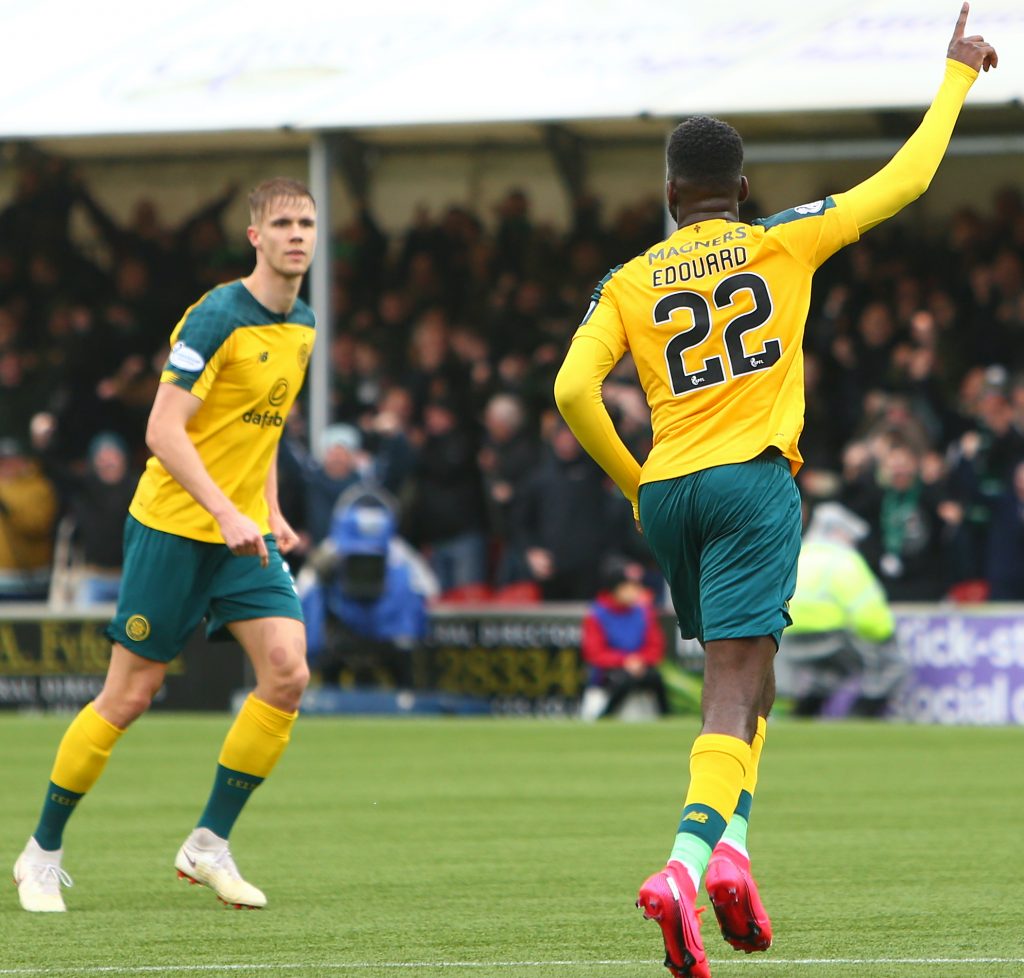 JOB DONE…Odsonne Edouard turns away, arm in air, as Kristoffer Ajer prepares to congratulate him. 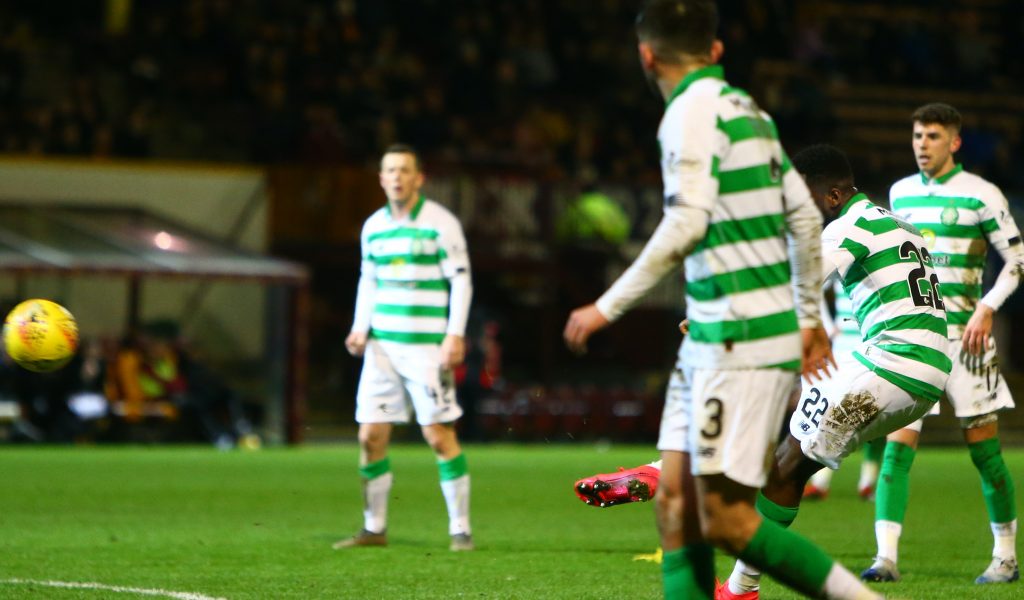 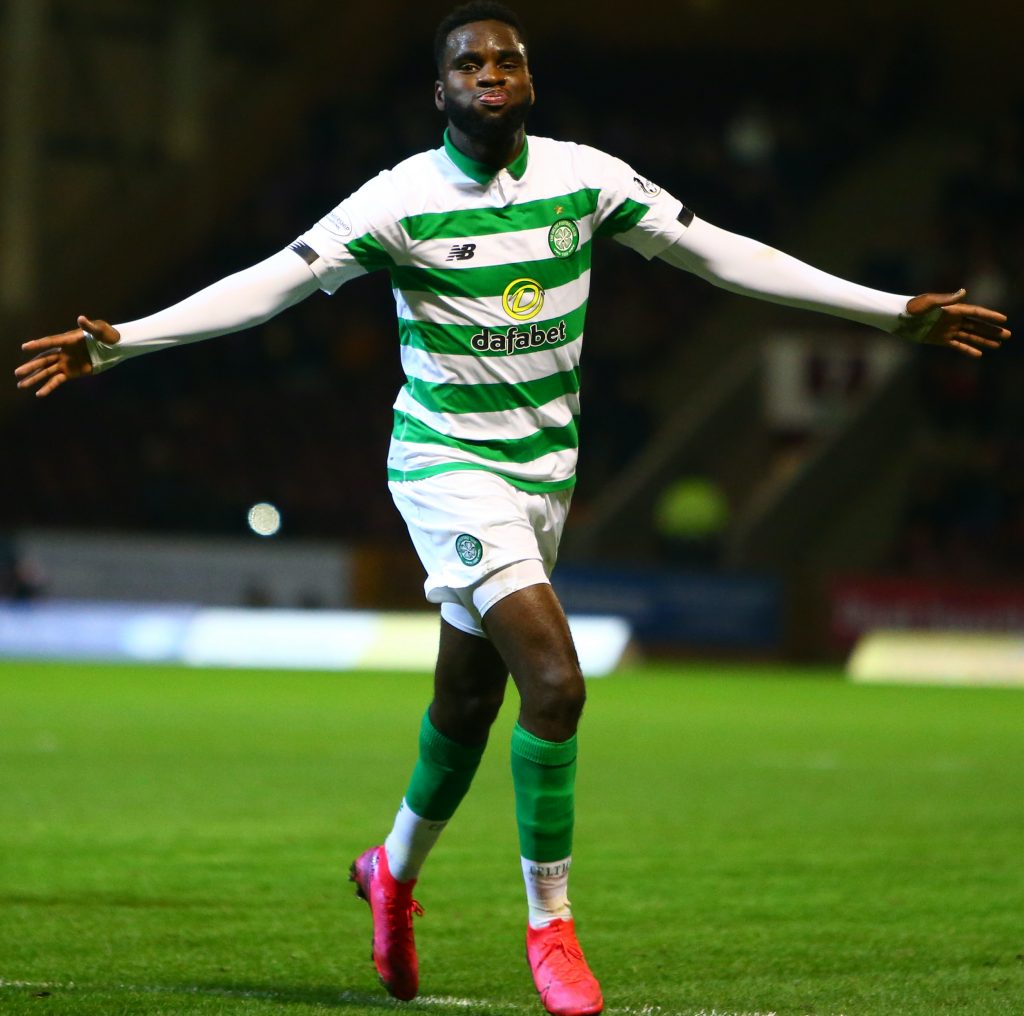 CHEERS…Odsonne Edouard accepts the acclaim after another superb finish. 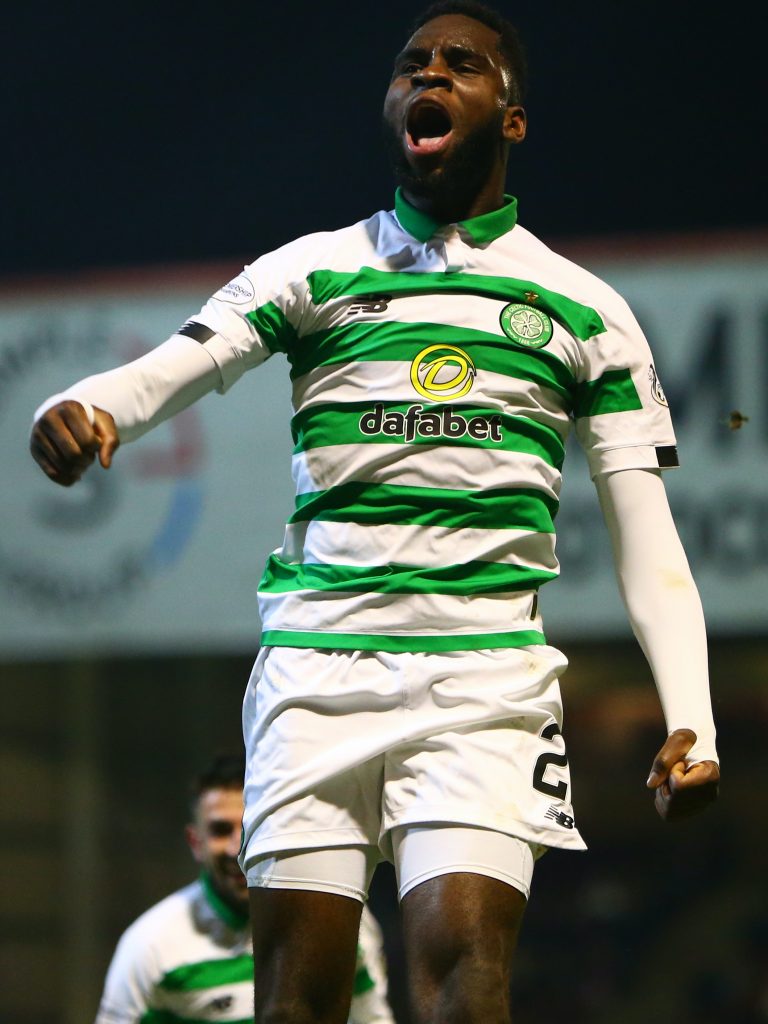 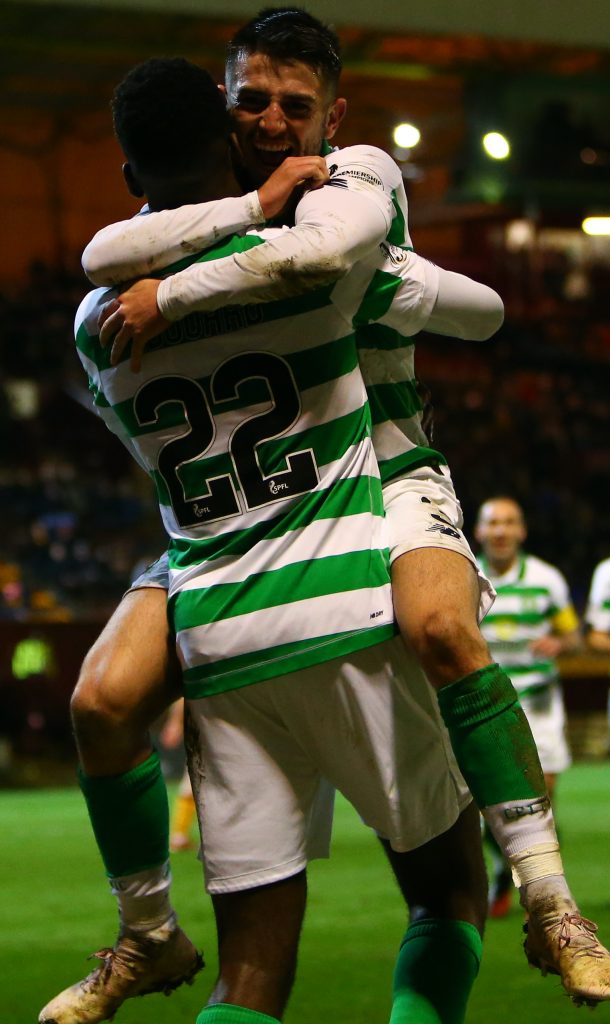 CONGRATULATIONS…Greg Taylor is first to say well done to the French ace. 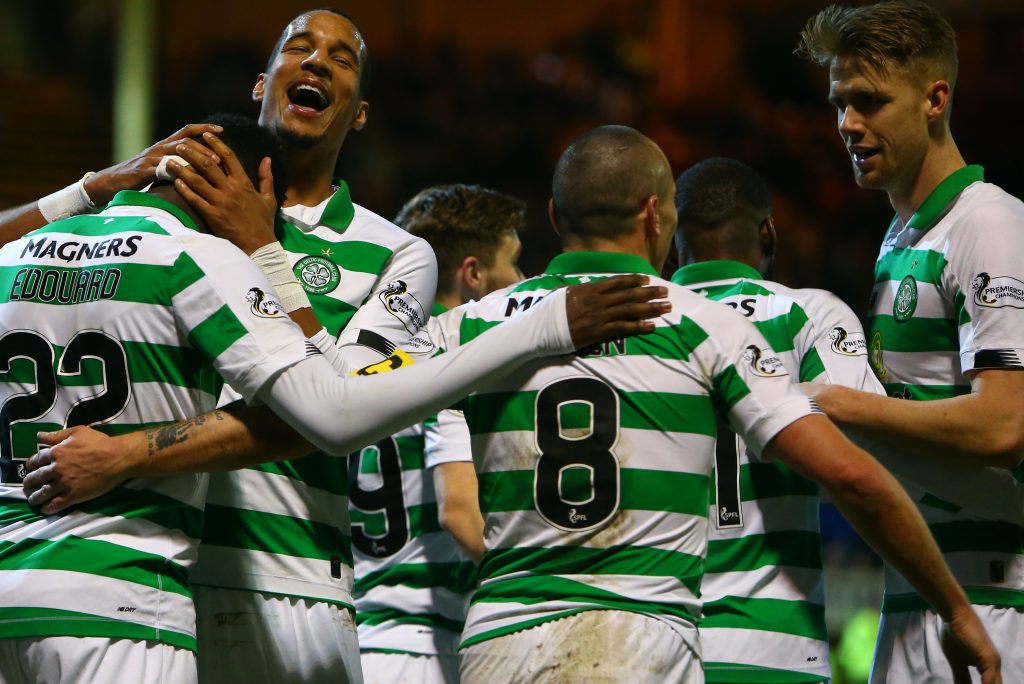 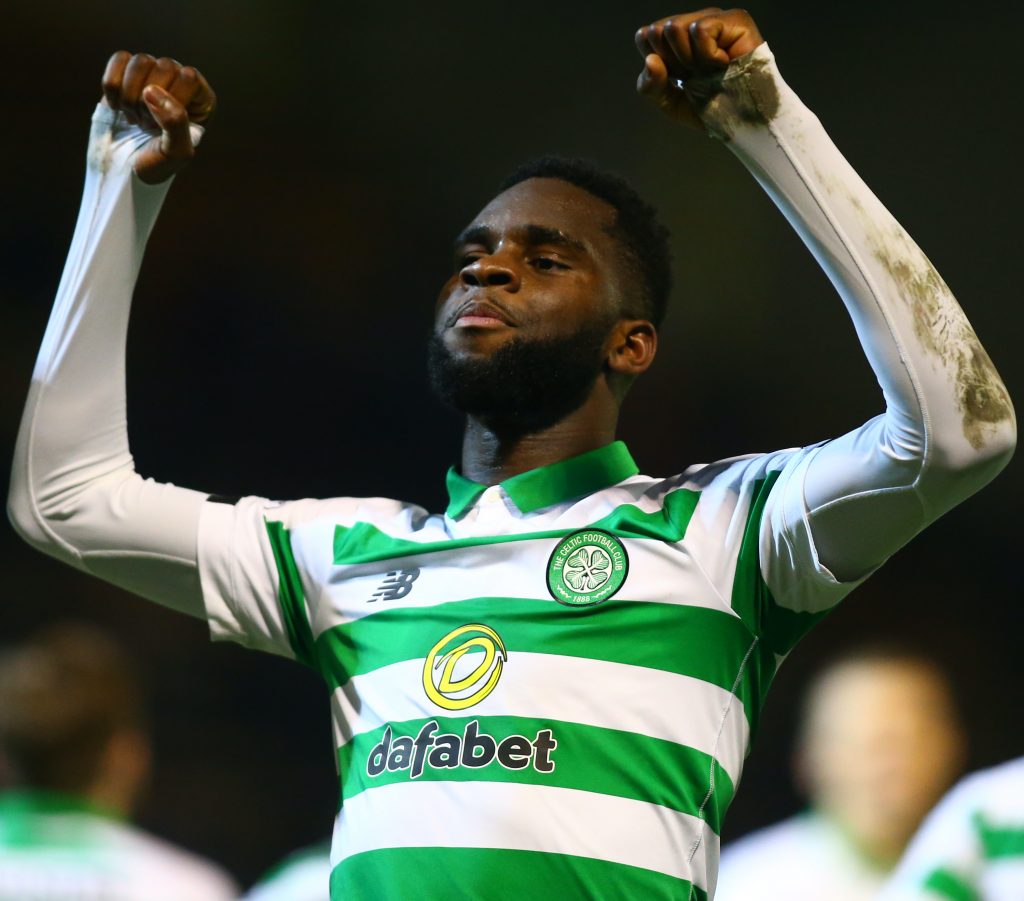 UP IN ARMS…Odsonne Edouard can’t contain his delight after another piece of supreme skill.

TOMORROW: 700 not out for Broony