Celtic Quick News on News Now
You are at:Home»Latest News»EDOUARD: THE GOOD, THE BAD AND THE UGLY
By CQN Magazine on 12th February 2021 Latest News

JOHN COLLINS has urged Odsonne Edouard to get involved in the “ugly side of the game” to help Celtic.

The flamboyant French frontman has made a return to the form that placed him in the middle of a transfer frenzy in the summer.

Edouard, though, failed to produce the goods in the first half of a crucial campaign when the 10-in-a-row dream faded as the team shed points at an alarming rate.

However, the 23-year-old forward has netted four goals in the last three wins over Kilmarnock (4-0), Motherwell (2-1) and St Mirren (4-0) and has produced the sort of scintillating skills that prompted the Parkhead outfit to shell out a club record £9million to sign him on a permanent deal from Paris Saint-Germain in June 2018.

He appears to have come out of the form nosedive and Collins, the former Hoops midfielder who was Ronny Deila’s assistant boss during his two-year reign, watched his display in Paisley where he netted the second goal via the penalty spot and Tom Rogic, Ryan Christie and David Turnbull added the others.

The former Scotland World Cup midfielder has seen all sides of Edouard since his arrival on loan in the summer of 2017 – the good, the bad and now he wants the ugly. 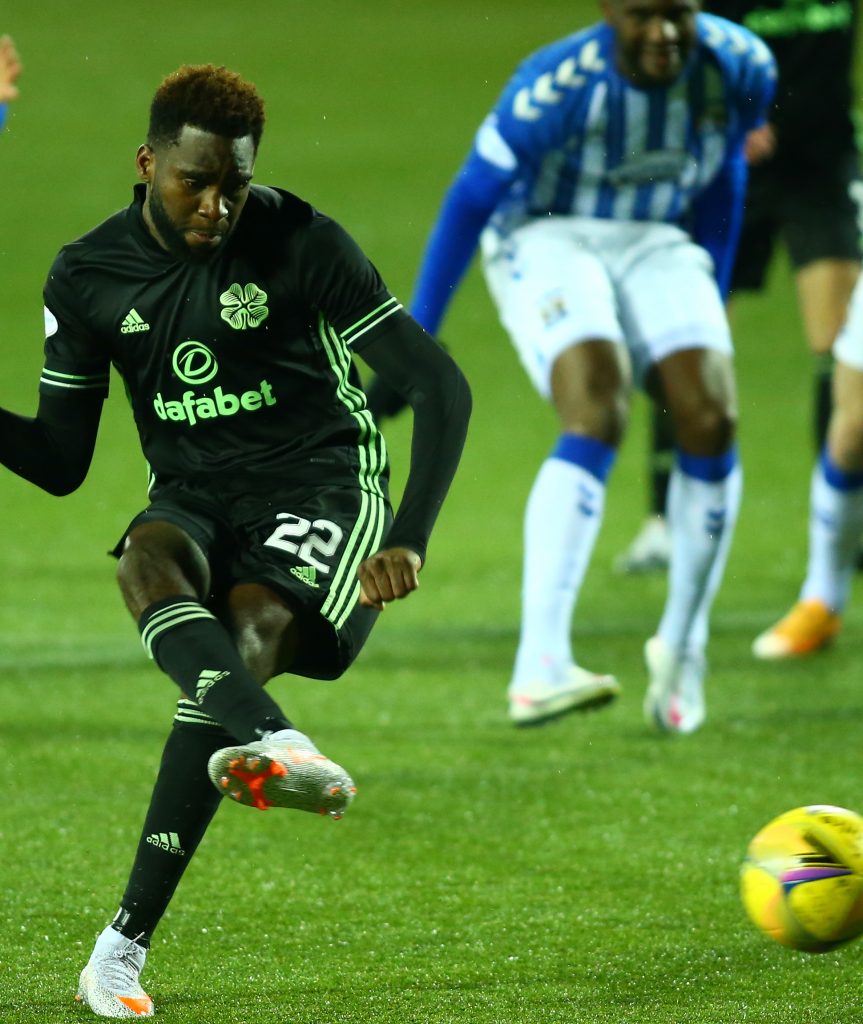 SPOT ON, ODSONNE…Celtic striker Edouard slams in a penalty-kick in the 4-0 win over Kilmarnock. 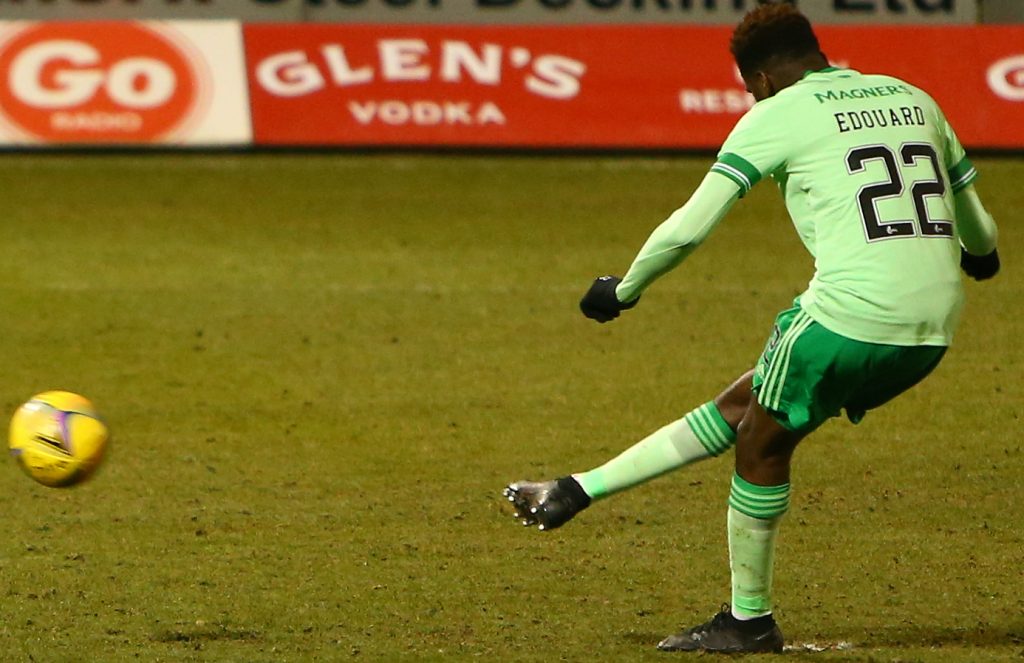 SPOT ON, ODSONNE…Edouard thumps in a spot-kick in the 4-0 win over St Mirren.

Collins, speaking to Sky Sports News, said: “I’m critical of him because he has so much talent, so much ability.
“He’s got power, he’s got speed, what he lacks sometimes is an appetite, a desire to work and chase.

“Do the ugly side of the game for his team-mates. There’s no doubt he has ability.

“I thought he had a good game against St Mirren without being spectacular.”

Edouard is likely to again lead the attack when they take on St Johnstone in the High Noon showdown on Sunday.

The attacker fired blanks on his previous two meetings with the Perth outfit and on his last visit to McDiarmid Park he didn’t even last an hour when he was hauled off by exasperated Neil Lennon and replaced with Klimala who got the second goal in stoppage-time.