Celtic Quick News on News Now
You are at:Home»Latest News»EDOUARD TWIST IN RACE FOR HENRY
By CQN Magazine on 11th August 2021 Latest News

ODSONNE EDOUARD could decide to let his Celtic contract run down and leave the club as a free agent at the end of the season.

The 23-year-old French striker has been linked with a £20million move to English top-flight sides Brighton and Southampton in recent weeks although it looks as though Jose Mourinho’s Roma will no longer pursue interest in the frontman.

If the Hoops do not receive and accept a suitable offer for Edouard in this transfer window, it could see the club’s record signing at £9million from Paris Saint-Germain in June 2018 seeing through his terms before walking away in June next year.

The former French Under-21 international will be able to talk to interested clubs in January and sign a pre-contract. 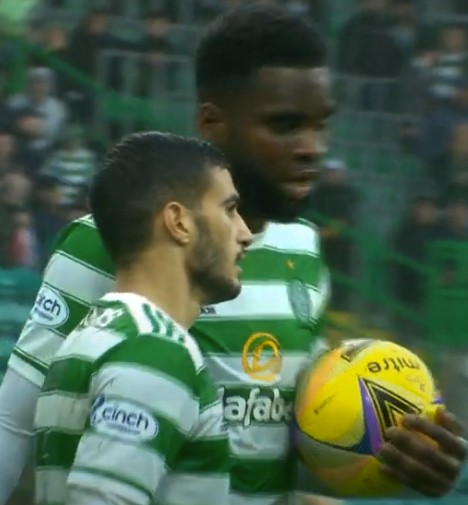 PENALTY SPOT OF BOTHER…Odsonne Edouard and Liel Abada both wanted to take the award against Dundee at the weekend.

SPOT ON…Odsonne Edouard clips in the penalty-kick for Celtic’s sixth goal in the rout – and his first of the season.

However, the Edouard situation could backfire on Ange Postecoglou’s pursuit of £7.5million-rated frontman Thomas Henry, of Belgian side OH Leuven.

The manager has targeted the 6ft 4in French ace as a perfect foil for Kyogo Furuhashi, but there is unlikely to be a move if Edouard remains at the club, according to a report in the Daily Mail.

With only 20 days of the window to go before it closes until the turn of the year, some big decisions will have to be made in a short space of time.

Edouard was disappointing last season as the Hoops endured a wretched campaign that saw them end up trophyless for the first time in 11 years. 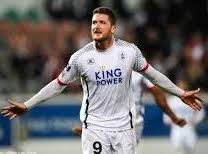 He scored only four goals from open play from August 2 until December 30. He kicked off with a hat-trick in the 5-1 win over Hamilton Accies on Flag Day and didn’t strike again without the assistance of a penalty-kick until the 3-0 victory over Dundee United, both games at Parkhead. His other three goals came from the spot.

In that vital period, Celtic’s season was just about sealed with the club way off the pace in their quest for a historic tenth successive title while they had also been knocked out of three other competitions, the Champions League, Europa League and the Betfred League Cup.

Edouard put a gloss on the statistics by taking his goal tally to 22, but it was not enough to disguise a dire overall performance from the frontman and his team-mates.

Now it looks as though he holds the key in Postecoglou’s interest in his compatriot Henry who has also been linked with Bordeaux and Italy’s Venetzia.