EFE AMBROSE looks to be on the way out at Celtic with reports indicating he will be offered a free.

The Nigerian defender has been involved in several controversial incidents since arriving in a £1million deal from Israeli outfit Ashdod in 2012.
Ambrose, 27, was seen as largely to blame for Gibralter minnows Lincoln Red Imps’ winner in the Champions League qualifying shocker in Brendan Rodgers’ first competive game as Hoops boss.
And the Super Eagles star has been largely overlooked by the Irishman since his spectacular own goal in Barcelona’s 3-1 win in the International Champions Cup at the Aviva Stadium in Dublin. 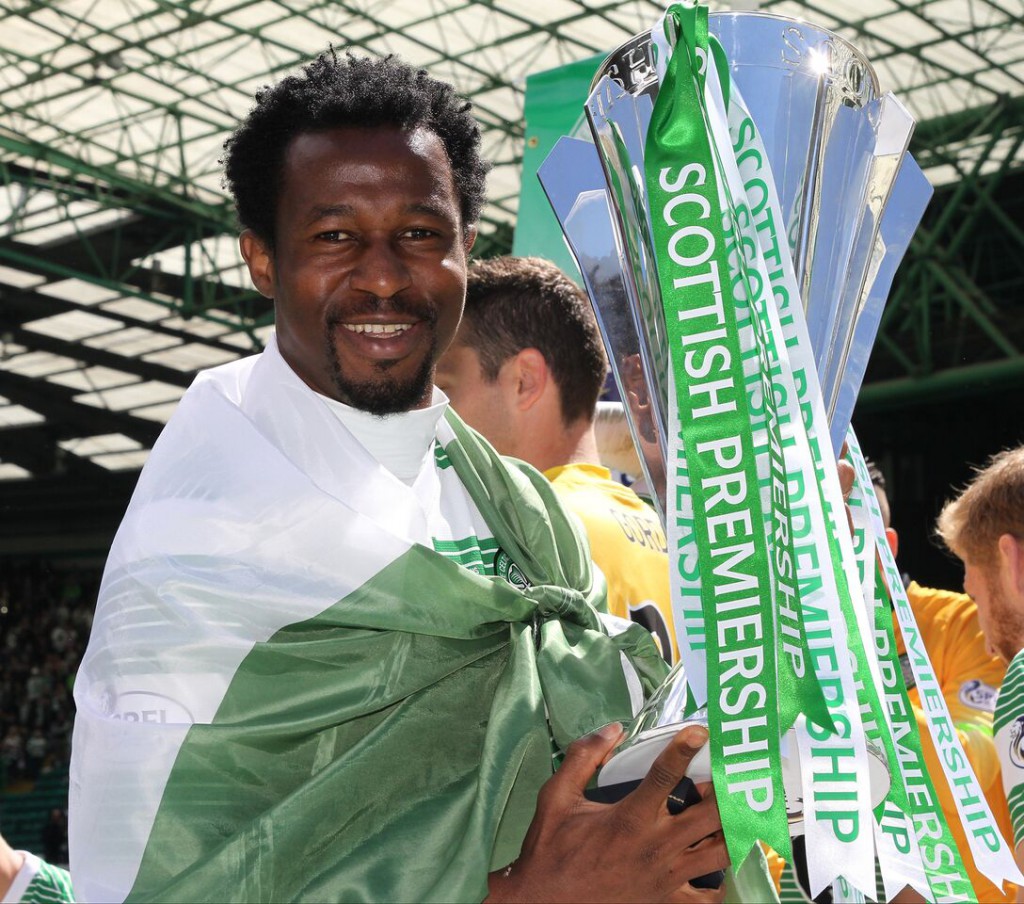 Ambrose is in the last year of his contract and there is no chance of an extension.
According to one report, he has told his agent to find him a club that will pay him around £10,000 a week.
There have been a number of reports in recent weeks linking Ambrose to various clubs, the latest being Rotherham. All have been denied and Alan Stubbs’ club has come out today to deny the latest story.
Meanwhile Emilio Izaguirre is not likely to leave the club on this transfer window. The popular left back looked set to leave the club at the end of last season, with the player apparently saying his goodbyes after the final league match of the season against Motherwell.
CQN reported however that the player was coming back for this season as Celtic had taken up the final year option on his contract. Whether the player will sign a new deal or move on in January could depend on how the next few months pan out.
Yesterday Kieran Tierney pulled out of the Scotland World Cup squad due to a persistent injury so there could be a window of opportunity for Izaguirre to force his way into Bredan Rodgers’ long term plans.