Celtic Quick News on News Now
You are at:Home»Latest News»EIGHTSOME REEL IN PARADISE AS MAESTRO McSTAY LEADS THE WAY
By CQN Magazine on 16th May 2019 Latest News

PAUL McSTAY, known as The Maestro, has taken the spotlight on countless occasions on the Parkhead pitch as he has lit up Celtic performances over his 16 years at the club.

The iconic No.8 will once again come into focus when the league trophy is presented at Paradise for the eighth successive year when the champions take on Hearts on Sunday as the curtain comes down on another successful Premiership campaign.

McStay, a special guest for the day, will bring the silverware into Celtic Park and lead the squad into the ground before the final league encounter.

After the match, the club legend, who made 677 appearances for the Hoops, will bring the trophy on to the pitch as it is handed over to skipper Scott Brown, the team’s current No.8, of course, who will lift the glittering prize yet again in front of a 60,000 sell-out crowd. 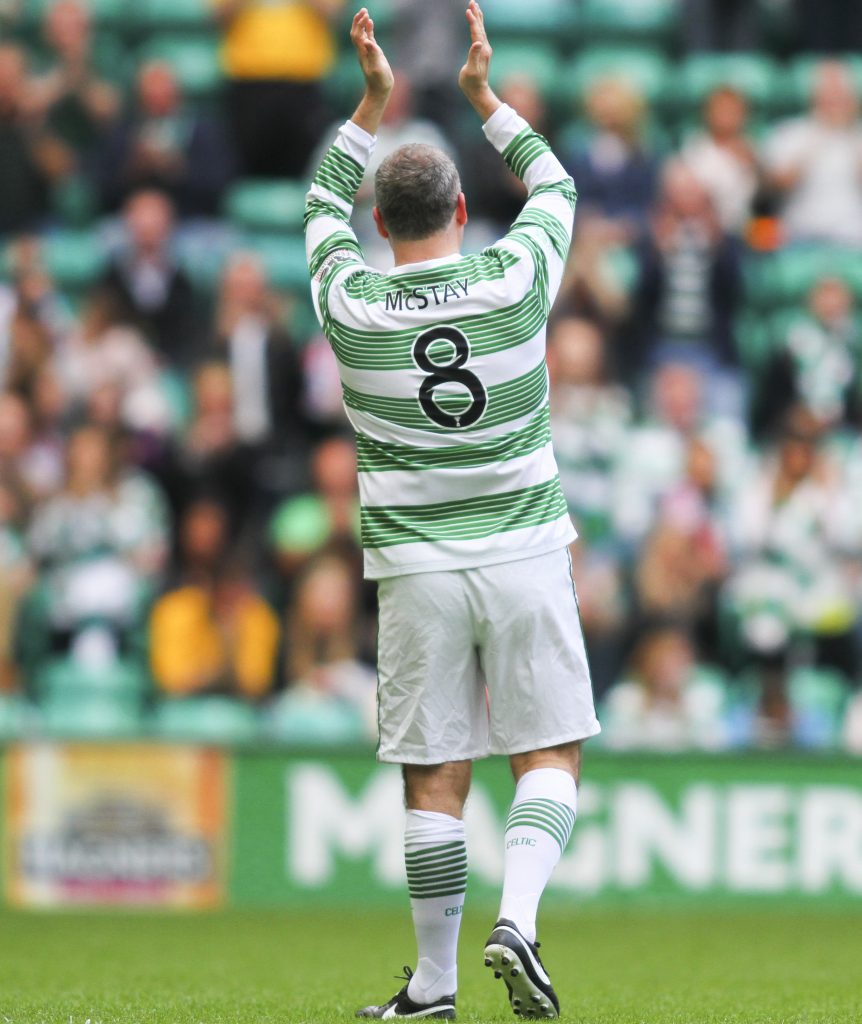 THE MAESTRO…Paul McStay applauds the Celtic support during a Charity Game at Parkhead.

For Brown, this will be his ninth league crown, while he has also won four Scottish Cups and five League Cups since joining the club in a record-breaking £4.4million switch from Hibs in June 2007.

He is now ninth in the club’s all-time appearances with 524 outings.

Brown, 33, will have the opportunity to make history a week on Saturday when the Hoops face Craig Levein’s side again in the Scottish Cup Final where a triumph will land the phenomenal treble treble.