The Norwegian international forward spent the last two seasons at the Parkhead side with mixed success.

Elyounoussi was allowed to return to his parent club at the end of last season’s wretched campaign, but the 27-year-old left-sided forward still contributed 17 goals for the Hoops, only five fewer than top scorer Odsonne Edouard. One of his top efforts was a flying header in the 1-1 draw with Steven Gerrard’s Ibrox side in the 1-1 draw in the east end of Glasgow in March.

And the departing frontman showed a classy touch when he delivered a heartfelt message to everyone at Celtic including the “amazing fans”, as CQN reported last month.

He said: “I would like to thank everyone at @celticfc for the two seasons I was there. Thanks to all the coaching & background staff, the players and everyone who is working at this historic club. I have shared dressing room with a fantastic group of players and made friends for life. 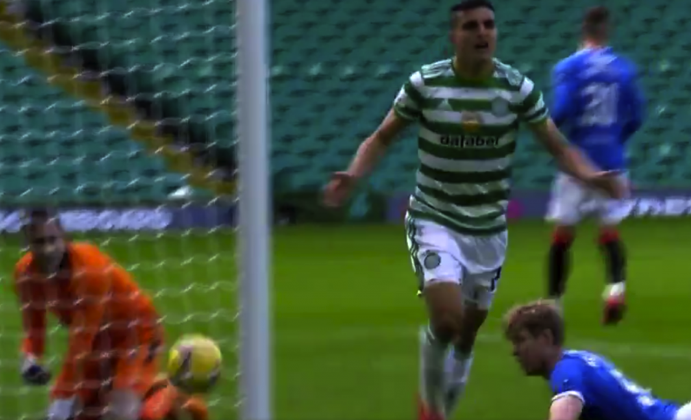 PICK IT OUT…Mohamed Elyounoussi leaves Allan McGregor and Filip Helander helpless after his thundering header in the 1-1 draw in March. 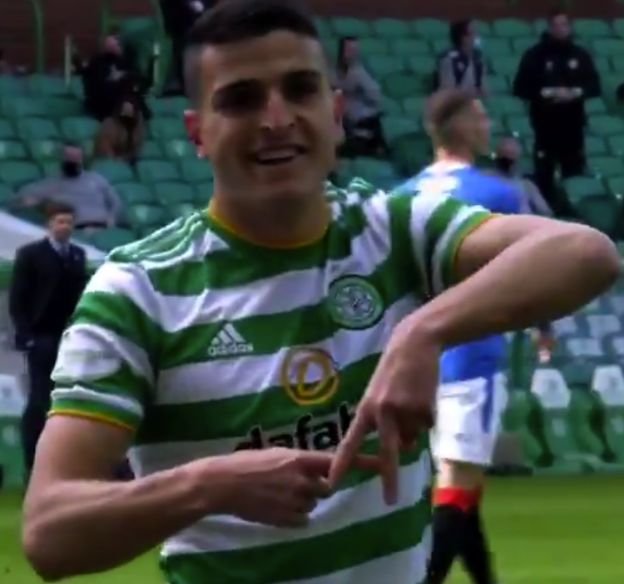 “It has been a pleasure and honour to wear the iconic green and white shirt. I’ll take all the good memories with me both domestically and in Europe.

“Lastly I want to thank the amazing fans that has been supporting and cheering me since the day I arrived. You have made every game both at the incredible Celtic Park and away games joyful. We missed you last season and I hope for the boys that you are back next season.”

Elyounoussi, who was an unused substitute in Southampton’s 3-1 loss against Everton at Goodison at the weekend, cost the south east coast club £16million when he arrived from Basel in 2018 when he signed a five-year contract.

He has yet to score a goal for the Saints in 16 Premier League appearances, but boss Hasenhutll has vowed he will NOT be heading out on another temporary transfer and he has a part of play for the English outfit.

The Austrian, speaking to Hampshire Live, said: “Mo is a very good player with some important skills for our game. He is strong in the red zone, strong in the pockets and there are good solutions there.

“He showed in the pre-season that we can count on him and I’m sure that, this season, he will play a lot of games.”