Celtic Quick News on News Now
You are at:Home»Football Matters»‘EMBARRASSED’ CELTS ALL FIRED UP
By CQN Magazine on 1st September 2015 Football Matters
MARK McGHEE believes Scott Brown will be determined to drive Scotland to victory to make up for last week’s “embarrassment” in Malmo.

Gordon Strachan’s assistant boss believes the pride of the Celtic players in the national team squad has been severely dented by their club’s failure to reach the Champions League group stages.

He is also convinced the midfielder, who will be fit to lead his country against Georgia in Tblisi on Friday, will be a key man in a Euro 2016 qualifying tie the Scots cannot afford to lose.

McGhee said: “Knowing the likes Scott, Charlie Mulgrew and James Forrest, those boys will be a bit embarrassed. No disrespect to Malmo, but Celtic will be embarrassed to lose the way they lost. 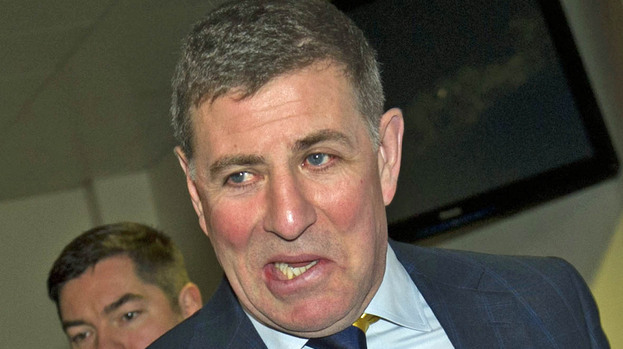 “They will absolutely want to get something back from this and it is a great opportunity for them to rise above it.

“He will be all right after his injury at the weekend. He never trained on Monday, and I’m not sure he will train on Tuesday, but I don’t think we have any fears he won’t be alright for Friday.

“It’s great. No disrespect to anyone else, but there are some players within the squad we do not want to be without. Scott has become one of those players who is one of the first names on the sheet.

“He lifts the rest of the squad and looks after two or three players at the same time. He’s doing the job of more than one at times.”

McGhee insists Scotland will not be weighed down by memories of the past when they return to the city where dreams of making Euro 2008 crashed on a fateful night eight years ago.

Under Alex McLeish, Scotland arrived in Tblisi in great shape to qualify, but a 2-0 defeat, followed by a loss to Italy at Hampden, meant another failed campaign,

McGhee is convinced it can be different this time. He added: “I don’t think this game is necessarily related to anything that’s happened before.

“I think this thing about what happened before is big in people’s minds. But it is not big in our minds.

“People feel we have to bury some sort of ghost, but we’re not worried about that. If you do, you take too big a burden with you. We’ll leave that alone.

‘We feel Gordon has achieved a bit of improvement in things. The team has a bit more consistency and had reasonable results.

“It’s about what’s happening now. We have a group of players who seem determined to do well and win football matches. That, combined with the system Gordon has given them, gives the team a chance of winning games.

“Therefore, irrespective of what’s been going on before, we go into this game with a chance of winning because of those positives.”

—————————————————————–
*We have a limited number of SIGNED copies of Caesar & The Assassin remaining and these are available at a discounted price. You can order direct from CQN by clicking HERE or by clicking on the photograph below…