According to reports south of the border, the Rams are keen on the all-action Scotland midfielder.

Former Chelsea star Lampard, who has just taken over the Championship side, has targeted McGinn as a key man in his side’s promotion push next season.

Celtic gaffer Brendan Rodgers has been monitoring the situation and will be in the market for a replacement when Stuart Armstrong’s £7million move to Southampton is rubberstamped this week.

Birmingham City and Sunderland are also tracking McGinn, who has only 12 months left on his Easter Road contract. 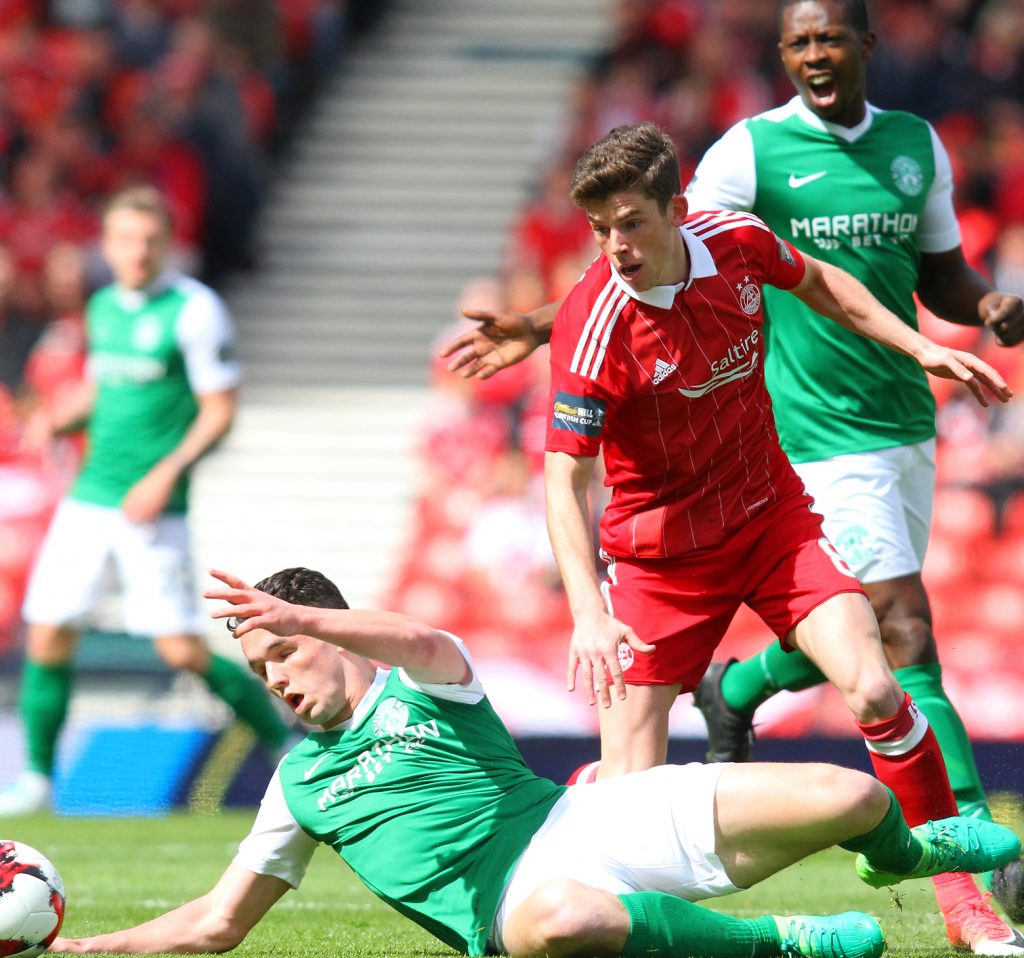 SLIDE IN TIME…John McGinn tackles Aberdeen’s on-loan Celt Ryan Christie, who could be a team-mate at Parkhead in the new season. Pic: Geo.