Celtic Quick News on News Now
You are at:Home»Latest News»ENJOY EDOUARD WHILE YOU CAN: EX-STAR’S ADVICE TO CELTIC FANS
By CQN Magazine on 14th September 2019 Latest News

The one-time England international, who cost Martin O’Neill £6million when he joined the Hoops from Chelsea in the summer of 2000, is convinced the 21-year-old will bid au revoir to Parkhead when the big money is flashed around.

Sutton reckons it will be a similar situation to Dembele just over a year ago when Lyon came in on deadline day with a £19.8million bid for the Frenchman who still had two years on his contract to run.

It was found to be an irresistible offer for the powerhouse hitman who had cost a £500,000 Development Fee from Fulham two years earlier. 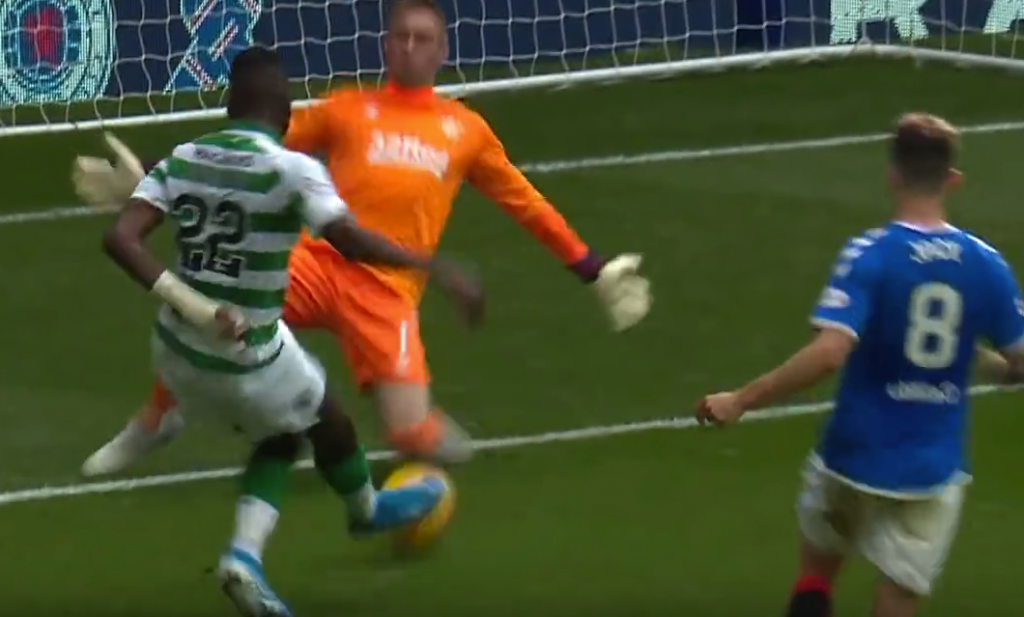 GOAL…Odsonne Edouard slides the ball under Allan McGregor for the opening stike in the 2-0 win at Ibrox.

Sutton, writing in his Daily Record column, reckons it will be the same story with Dembele’s countryman who joined the champions on a permanent £10million switch from Paris Saint-Germain last summer following an impressive initial loan period.

He said: “Odsonne Edouard is building his burgeoning reputation with every outing.

“If I had any advice for Celtic fans, it would be to enjoy this lad while he’s here because it isn’t going to be for much longer.

“Edouard has followed Moussa Dembele’s path by sparking at Parkhead and going into the France Under-21 set-up to do the same.

“Dembele ended up heading out of the door for big money and Edouard is going to be doing the same very soon. He really is developing into the real deal.

“I’ve made my points about the fact there are still aspects of his game which need to be worked upon and that there are areas where he could improve.

“Consistency has also been a factor for me.

“But, in terms of where he is at this stage of his career, he is really going places and the last fortnight have just heightened his stock both in Scotland and back in France.

“While Alfredo Morelos can’t even be trusted by his manager to start an Old Firm game, Edouard makes the difference. The goal before he departed for international duty at Ibrox set the champions on their way to inflicting a damaging defeat on Rangers. 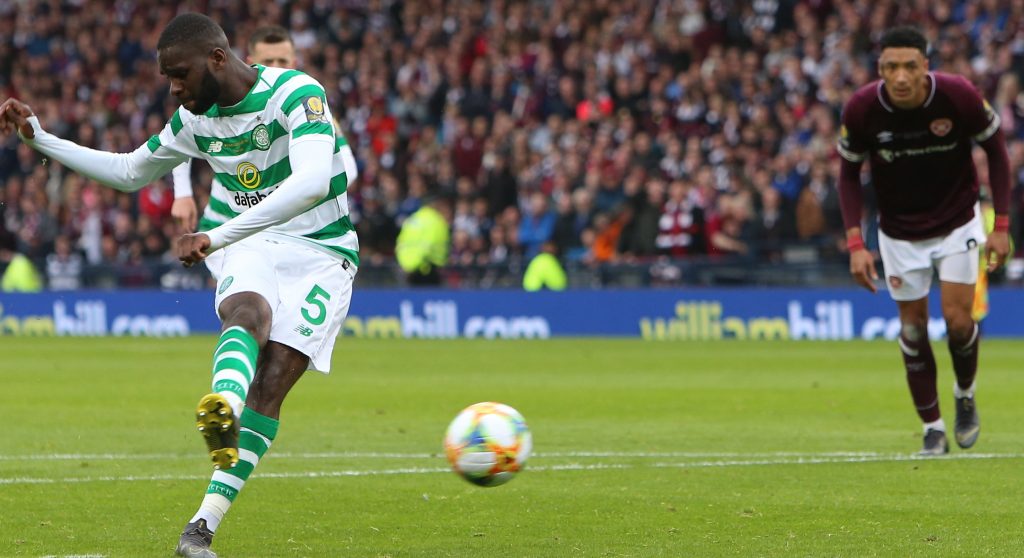 GOAL…Odsonne Edouard cracks home a penalty-kick for the equaliser against Hearts in the Scottish Cup Final.

“Once away, he got his first two opportunities to play for the France Under-21 team against Albania and Czech Republic and managed to bag four goals. That was a strong statement.

“Edouard is coming to people’s attention outside of Scotland and little wonder. He’s progressing at a rapid rate.

“I’ve seen the stories saying Lyon are monitoring him. Well, that’s as obvious as tomorrow being Sunday.

“If you are club who signs a young striker because they banged in goals at Celtic, started doing the same for the French Under-21 side and then went to your club and became a star attracting interest from the likes of Manchester United, then you’d want to be having a serious chat with your recruitment department if another lad is doing exactly the same and you’re not keeping a close eye on it.

“Of course, they WILL be watching him. So will plenty of others and, with this season going to be his third completed term at Parkhead when it’s done, the time will be right for him to go in terms of the pathway.”

GOAL…Odsonne Edouard lifts the ball over Bobby Zlamal for the Cup winner to seal the treble treble.

Sutton added: “It’s a sad scenario for the Celtic fans, but they know the deal. You don’t get these players to sign on the premise of moving onto bigger things in their careers if you don’t let them go when their time comes.

“It was the same with Dembele. Virgil van Dijk, Victor Wanyama and those lads. It has to be the same for Edouard, but before he goes, he can be an absolute wrecking ball for the champions if he keeps progressing.

“His finishing when he gets into the positions is absolutely sensational. Was there really anyone watching the Old Firm game a fortnight ago who didn’t think he was going to score when he went through one-on-one on Allan McGregor?

“Or when he went through against Hearts at Hampden in the Scottish Cup Final with a treble treble on the line and hit the winner in his duel with Bobby Zlamal?

“Edouard is scoring in big games. European ties. It’s a shame for him he hasn’t had the chance to showcase his talents in the group stages of the Champions League because that’s where Dembele really made his mark.

“The striker and his attacking mates could not have done much more against Cluj only for the boys at the back to have a collective brain freeze and get themselves knocked out.”

* DON’T miss the unbeatable match report and best action images from Hamilton Accies v Celtic this afternoon – only in your champion CQN.