CELTIC have been given a timely fitness boost from crocked defender, Erik Sviatchenko.

The Danish centre-back has announced that he’s ready to return to the fray if called upon by Brendan Rodgers as the fixture congestion begins.

The 25-year-old was confident that his return was imminent after a injuring the cruciate ligament in his knee in Celtic’s 1-0 victory away to Rosenberg.

“I think we are aiming to get me fully fit for games as soon as possible. The international break was convenient because it let me get good sessions and then a bit of rest and keep on looking to the next game. 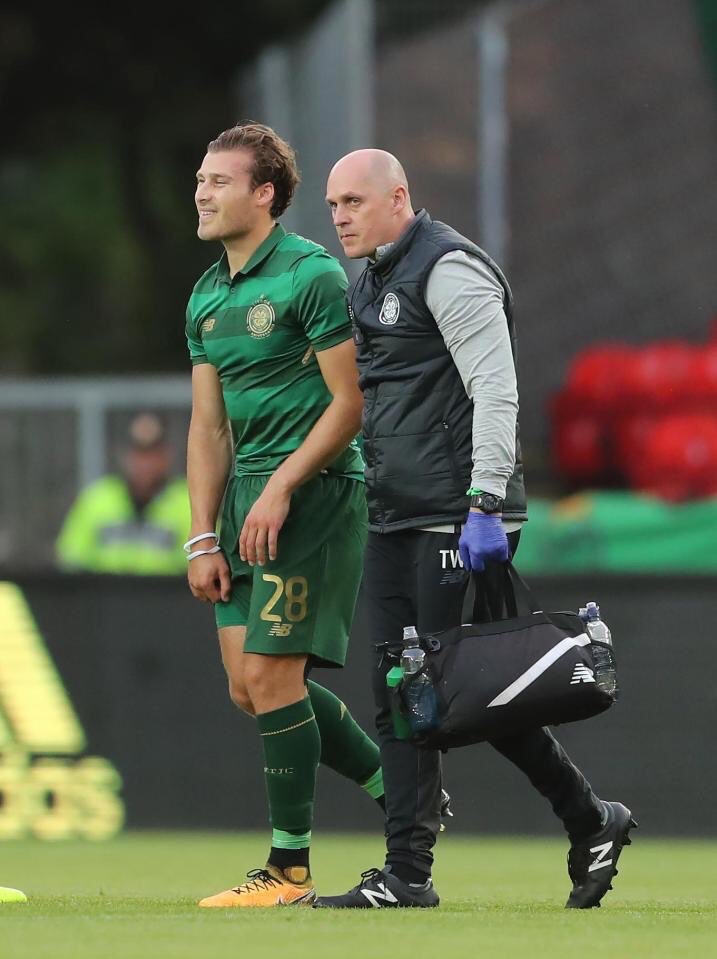 “I played all six games last season which was an amazing experience so I hope I can play in those.”

Sviatchenko, who was signed by Ronny Deila in the January window of 2015, will be hoping to hit the ground running on his return in order to get himself in the manager’s thinking ahead of fixtures like the Betfred cup final, Anderlecht at home and Paris away as Rodgers’ side look to clinch their first piece of silverware and book a place in the Europa League after Christmas.

“Injuries are a part of football but there has been a lot to the central defenders and Kristoffer Ajer has done brilliantly. Everyone takes their chances and when they do it is about showing the great quality that we have.

“Every day is an improvement to getting back on the pitch. I have been back for nearly two weeks now and just getting my fitness up. It has been a while and I am missing being out on the park.”

Eric was speaking to Celtic TV.