Celtic Quick News on News Now
You are at:Home»Football Matters»ERIK ON PITTODRIE LEARNING CURVE
By CQN Magazine on 3rd February 2016 Football Matters
NEW Bhoy Erik Sviatchenko has been preparing for his first Celtic start against Aberdeen at Pittodrie tonight.
Apart from his enforced substutute appearance in the 3-1 League Cup semi-final defeat against Ross County, the Danish international centre-half had not played for two months.
It is still all very new to the defender, who only arrived at the Hoops in the middle of last month. 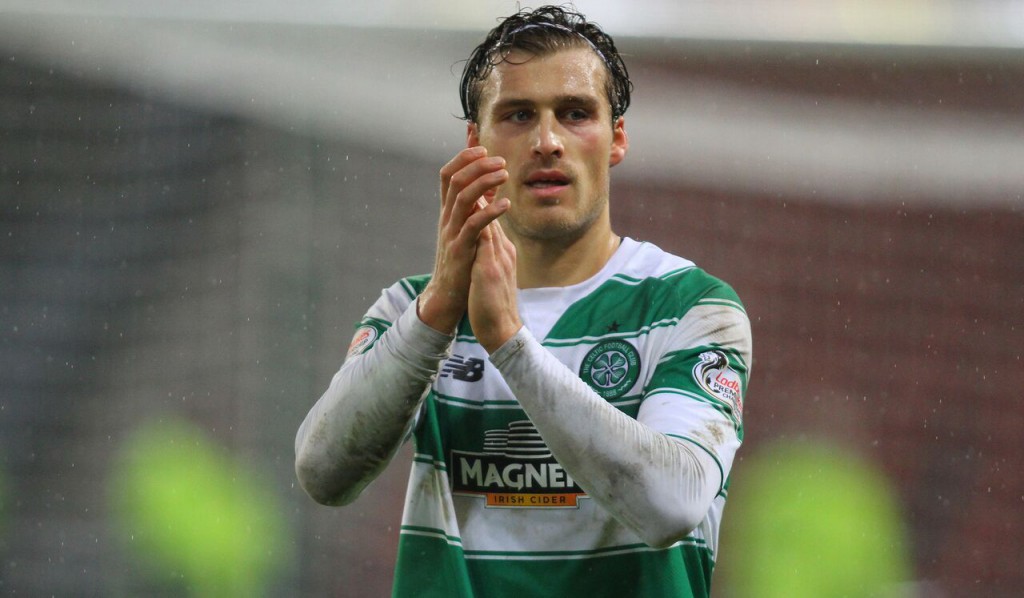 Sviatchenko said: “I’ve done a bit of research with my team-mates and coaches and they have been telling me about how they play.
“I’m quite aware of them, they have some fast wingers. This Rooney guy – it’s not Wayne Rooney, but it’s Adam Rooney – he is a big fellow and I know we must be ready because he likes to run in the box and positions himself quite well.

“It’s natural for me to get some knowledge about them because then you will be five per cent ahead and maybe and you won’t be surprised.

“But it’s football and anything can happen – you can slip and he gets away and scores.

“You can never make sure you are 100 per cent ready, but you can do your research to make sure you’re mentally prepared.”

The £2million signing made a good first impression, even on such a bad day, and is determined to help his new team move nine points clear of the Dons this evening.

He added: “Ross County won at the weekend, but there were some moments in the game, even at 10 men, when we should have done better and communicated even more on the field.

“So the mood is always bad when you lose a game. But if you see good players and a good team, you can move on quickly.

“But if you are weak you lose the next game and the game after that. Then you have problems.”