ERIK SVIATCHENKO is preparing to celebrate his second title success in 11 months when Celtic face Aberdeen at Parkhead on Sunday.

The Danish international won the flag with Midtjylland before his £1.5million move in the January transfer window.
Now he has his sights set on playing his part in his new club’s fifth successive title – and he wants to do it in style.
The centre-half said: “It’s important to enjoy a victory and sing and cheer together. 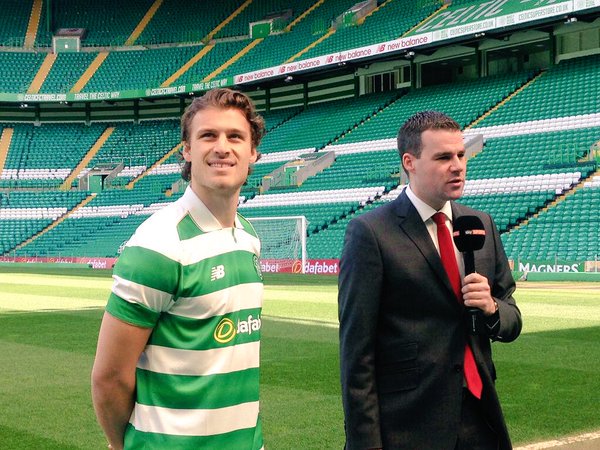 “It’s our job to give the fans a performance, but we have to be a unit. Everyone is together at Celtic, so we’ll do our best to have a good game.“It’s a good story that we will be facing Aberdeen at the weekend and if we get the result we want it’ll be a good one.”

The significance of winning five on the bounce has not passed by Sviatchenko as he has done his research since joining the club.

He knows the Hoops will match the records set by Willie Maley’s team and Jock Stein’s famous Lisbon Lions by making it to five successive championships.

And he added: “To win five titles in a row is unbelievable and it’s not something that happens everywhere every day, so people cherish that achievement and it’s important to talk about it because it’s a big thing for the club.“I came as a champion from Denmark and it’s a nice situation to have 11 months apart from winning the Danish championship and be close to the Scottish.

“I came here and said I wanted to win something and to be remembered for being part of a team that wins something. Quickly, we have done that.”

——————————-
CHARLIE GALLAGHER? WHAT A PLAYER! is out now on CQN Books. Written by Celtic historian David Potter with forewords from Willie Wallace and Tommy Gemmell, this is the story of a hugely popular, talent Celtic player for over a decade. A player who played a key role in getting Celtic to Lisbon and European Cup glory.
Order your SIGNED copy now from CQN Bookstore and you will receive a FREE gift.